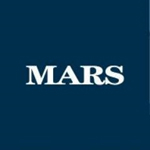 Mars began 100 years ago when founder Frank C. Mars began his first candy business. The company started selling basket candies. Over the first century of its existence, Mars created some of the world’s most beloved candies. In 1930, Mars created Snickers, and just two years later put 3 Musketeers on the market. In 1932, Frank C. Mars’ son Forest E. Mars moved to the United Kingdom to expand the company and establish “mutuality of benefits for all stakeholders.” This move would serve as the founding of Mars, Incorporated. In 2016, Mars incorporated the Wrigley gum company into its original confectionary division, creating the candy conglomerate known as Mars Wrigley.

Mars is home to a seemingly endless myriad of products and brands. Dove Chocolate, M&Ms, Life Savers, Skittles, Starburst, Twix, Orbit, Milky Way, and more are all part of the Mars catalogue. Outside of the confectionary division, Mars is also home to brands like Ben’s Original, Pedigree, Royal Canin, and more. The expansiveness of Mars’ portfolio is highly impressive, and shows the skill and savvy that’s been alive in its business practice for one hundred years. To this day, Mars is still privately owned by the Mars family, one of the wealthiest families in the U.S.—and also one of the most mysterious, as they very rarely give interviews or are photographed in public.

Mars prioritizes its employees, not only for the sake of the company but for the sake of employees’ personal growth and progress. Mars University is Mars’ employee education program. With 11 functional colleges, Mars U offers developmental programs and classes that build employees’ knowledge and capabilities so they can do better in their current position and beyond. Mars U partners with leading institutions like the Centre of Creative Leadership, London Business School, and Darden School of Business at the University of Virginia. Mars U teaches with a 70/20/10 learning model: 10 percent of learning is done through courses and training, 20 percent through mentors and peers, and 70 percent comes from learning on the job.