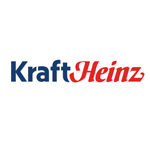 The Kraft Heinz company was born out of the merger of two great American food companies. Both companies formed over one hundred years ago in the United States. Heinz was founded by Henry John Heinz in 1876. The quintessential Heinz Tomato Ketchup was one of its first products. James L. Kraft started Kraft as a door-to-door cheese selling business in 1909. Both companies grew and thrived over the course of the twentieth century. Acquisitions like Starkist Tuna and Ore-Ida expanded Heinz’s product offerings immensely. Kraft did the same with acquisitions of Group Danone and Cadbury. In 2013, Berkshire Hathaway claimed major stake in the Heinz Company and started the merger between Heinz and Kraft Foods. Berkshire Hathaway, the legendary holding company lead by Warren Buffet, holds a large stake in Kraft Heinz, valuing at 26.65% and over 325 million shares.

So, in 2015, the H.J. Heinz company merged with the Kraft company to create the fifth-largest food company in the world and the third largest in North America. Home to eight brands exceeding $1 billion and more than 25 brands in all, Kraft Heinz is not only a successful company but a beloved one. Its brands include Velveeta, Oscar Meyer, Classico, Smart Ones, Kool Aid, Lunchables, Maxwell House, Grey Poupon, Quero, and more.

At Kraft Heinz, nothing could get done without the work of its well-organized, passionate teams. Employees work in eight departments: digital, finance and accounting, information technology, manufacturing, marketing, people and performance, research and development, and sales. Diversity and inclusion is incredibly important at Kraft Heinz. The company knows its teams would be nothing without the hard work and contributions of typically underrepresented groups in business. Kraft Heinz has internal Business Resource Groups, which allow employees to discuss and incorporate key diversity, inclusion, and belonging initiatives. Kraft Heinz’s BRGs are Women’s, Veteran’s, LGBTQ+, Black/African American, Latinx/Hispanic, and Asian Pacific.

Kraft Heinz began with two entrepreneurs and a simple vision to bring great food to people across the country. Today, the company is a global one, and its expansion to international heights has only bolstered and inspired its original vision.