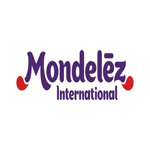 One of the world's largest snack companies, Mondelez International owns a pantry of billion-dollar brands such as Cadbury and Milka chocolates; LU, BelVita, and Oreo biscuits; Trident gum; and Tang powdered beverages. The company's portfolio includes global, national, and regional brands, many of which are more than 100 years old. Biscuits (cookies, crackers, and salted snacks) and chocolate account for most of the company's sales. Mondelez, which operates in more than 80 countries and sells its products in some 150 countries but generates most of its revenue outside the US.

Mondelez's portfolio of food and snack brands are organized into five product categories. Its two largest — biscuits (cookies, crackers, and salted snacks) and chocolate — together account for about 75% of total revenue. The remaining product categories include gum & candy (some 15%), cheese & grocery (more than 5%), and beverages (about 5%).

Mondelez's geographic representation is fairly balanced with Europe representing nearly 40% of revenue. North America and the AMEA region (Asia, Middle East, and Africa) contribute more than 25% and 20% of sales, respectively, with Latin America adding more than 10%.

Illinois-based Mondelez has some 125 manufacturing and processing facilities in about 45 countries, primarily in Europe and the AMEA region. It also has approximately 110 distribution centers, about 50% located in North America.

The company has operations in approximately 80 countries and sells its products in over 150 countries throughout the world. Its technical centers, which are focused on new product development, are located in Brazil, China, France, Germany, India, Mexico, Poland, Singapore, the UK, and the US.

Mondelez sells its candy, snacks, and beverages through supermarket chains, wholesalers, supercenters, warehouse clubs, distributors, mass merchandisers, convenience stores, drug stores, and other retail food outlets. The company's products are distributed through direct store delivery, company-owned and satellite warehouse, distribution centers and other facilities. The company also sells through independent sales offices and agents in some of its international locations.

Amid changing consumer attitudes toward snacking and the company's revamping of its portfolio, Mondelez' revenue has been rising and falling for the past five years. All told, revenue is down 12% since 2015. Net income has been more sporadic, but has been decreasing the last few years.

Net income, however, rose 14% that year to $3.9 billion. The increase was primarily due to a decrease in cost sales, selling, general and administrative expenses.

Cash at the end of 2019 was $1.3 billion, an increase of $228 million from the prior year. Cash from operations contributed about $4 billion to the coffers, while investing activities used $960 million, mainly for capital expenditures. Financing activities used another $2.8 billion for dividends to stockholders and a stock repurchase program, among other items.

Mondelez has been focusing on its core brands (its Power Brands) and brands that appeal to changing consumer tastes as a key element of its growth strategy. It has launched healthier versions of some of its iconic brands, including Oreo and Ritz In addition, the company has recently introduced new brands designed to appeal to the Millennial generation and others who prefer "better-for-you" snacks, including savory lines Good Thins and Vea. It anticipates healthier snacks (referred to as "well-being" items) will make up half its product portfolio by 2020.

In 2019, the company began to operate under a new strategic plan that builds on its strong foundations, including its unique portfolio of iconic global and local brands, the company's attractive global footprint, its market leadership in developed and emerging markets, its deep innovation, marketing and distribution capabilities, and its margin expansion in recent years that allows the company to make ongoing investments in its product portfolio. The company's plan to drive long-term growth includes three strategic priorities: accelerating consumer-centric growth, driving operational excellence and creating a winning growth culture.The company is building out its snacking portfolio organically as well as through acquisitions. In 2018 and 2019, Mondelez announced investments in its global network of technical centers, which develop new products that respond to evolving consumer desires. It has a robust database of consumer research that details not just what snacks are popular, but when and how snacking takes place.

As part of this focus on snacking brands, Mondelez has divested other businesses in recent years, starting with the combination of its coffee business into a joint venture back in 2015. The company sold its Kraft-branded cheese business in the Middle East and Africa to Arla Foods of Denmark in 2019, and is considering the sale of its Philadelphia cream cheese business.

Mondelez is also in the midst of a restructuring program (called Simplify to Grow and running through 2022) that is designed to reduce overhead and supply chain costs.

In mid-2019, Mondelez and Enel Green Power North America signed a 12-year power purchase agreement for energy from Texas solar farm. This partnership supports Mondelez' goal to cut CO2 emissions in manufacturing by 15% by 2020, and the purchased energy from Enel Green Power is enough to produce more than 50% of the annual consumed Oreo cookies in the US.

In mid-2019, Mondelez completed its previously announced agreement to acquire a significant majority interest in Give & Go, a North American leader in fully-finished sweet baked goods and owners of the famous two-bite brand of brownies and the Create-A-Treat brand, known for cookie and gingerbread house decorating kits.

Mondelez was created in 2012 when the former Kraft Foods split off its global snacks business.

The Kraft tale began in 1903 when James L. Kraft began delivering cheese to Chicago grocers. His four brothers joined in, forming the J.L. Kraft & Bros. Company, in 1909. By 1914 the company had opened a cheese factory and was selling cheese across the US. Kraft developed its first blended, pasteurized cheese the following year.