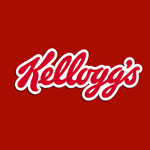 Reprimanded by FTC in 2010 for unsubstantiated advertising claims

Office politics can be prevalent in some locations

Kellogg is a widely known brand name for cereal and convenience foods that has a reputation as a top employer, especially in regards to work/life balance.

From the company's home base in Battle Creek, Michigan, Kellogg Company battles with rival General Mills for the #1 spot in the US cereal market. Kellogg, founded in 1906, boasts many familiar cereal brands, including Kellogg's Corn Flakes, Frosted Flakes, Froot Loops, Special K, and Rice Krispies. While the company works to fill the world's cereal bowls, it actually makes more money these days from its snacks and convenience brands such as Kashi, Pringles, and Cheez-It, Eggo waffles, and Nutri-Grain and Bear Naked cereal bars. The company divested some of its cookie brands in 2019 including Famous Amos and Keebler Though its products are sold worldwide, the company generates around 60% of its revenue domestically.

Kellogg operates through four segments based geographic location – North America (US and Canada businesses, about 60% of total revenue); AMEA, which consist of Africa, Middle East, Australia and other Asian and Pacific Markets (more than 15%); Europe (around 15%); and Latin America which consist of Central and South America and includes Mexico (over 5% of total sales).

Overall, Snacks generate nearly half of sales while, cereal accounts for more than 35%. Frozen and noodles represent about 10% and 5%, respectively.

Headquartered in Battle Creek, Michigan, Kellogg manufactures its products in more than 20 countries and markets them in more than 180. It generates nearly 60% of its revenue in the US.

Outside the US, Kellogg has additional manufacturing locations (some with warehousing facilities) in about 20 countries in Europe, Asia, Africa, and South America. The company has joint ventures in China, Nigeria, and Ghana.

Kellogg's top five customers, including Wal-Mart, generate a third of Kellogg's total sales and almost half of US sales.

Revenue grew to $13.5 billion in 2019, an approximately $31 billion increase from the year prior. The increase was driven by AMEA operations, partially offset by the three other segments.

Kellogg is working at cutting costs and expanding revenue as consumers are turning away from its old reliable cereal lines as awareness of the health risks of sugar increases.

Its ongoing "Project K" efficiency and effectiveness program began in 2013 and its initiatives continue through 2019. This On the flip side, Kellogg in 2019 sold its cookie, fruit snack, pie crust, and ice cream cone businesses to Luxembourg-based Ferrero Group for about $1.3 billion as it reshapes its portfolio. The list of brands includes Keebler, Famous Amos, Mother's, Murray, and Stretch Island, as well as Little Brownie Bakers, which supplies cookies to the Girl Scouts.

Will Keith (W. K.) Kellogg first made wheat flakes in 1894 while working for his brother, Dr. John Kellogg, at Battle Creek, Michigan's famed homeopathic sanitarium. John sold the flakes via mail order (1899) in a partnership that W. K. managed. In 1906 W. K. started his own firm to produce corn flakes.

After finding success in the US with its innovative cereal varieties, the company expanded internationally beginning in Canada (1914) and followed in Australia (1924) and England (1938).