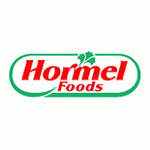 Not so familiar with consumers, the company's Specialty Foods segment (about 10% of sales) packages and sells a variety of sugar and sugar-substitute products, salt and pepper, liquid-portion products, dessert mixes, ready-to-drink products, gelatin products, and private-label canned meats. Its primary customers are retail and foodservice firms. The segment also makes nutritional food products and supplements for hospitals, nursing homes, and other marketers of nutritional products.

The firm's International arm brings in the rest.

While nearly 95% of the company's sales come from the US, Hormel Foods boasts operations and/or joint ventures across the globe, including in Australia, Canada, China (the world's biggest market for pork), Japan, and the Philippines. Other major markets include Mexico, Micronesia, Singapore, and South Korea.

Wal-Mart is Hormel Foods' largest customer, accounting for about 15% of the company's fiscal 2015 (ends October) sales. The world's largest retailer purchases products from each of Hormel Foods' five business segments.

The company has reported stable revenue growth since fiscal 2011, but saw a modest decline in 2015. That year, revenue decreased 1% to $9.3 billion. Although the Specialty Products showed growth (largely due to the acquisition of Muscle Milk nutrition products), and the Grocery Products segment also grew (based on lower meat protein input costs), those gains were tempered by pork price deflation which impacted the Refrigerated Foods and International segments. Avian influenza effects caused Jennie-O Turkey Store sales to drop, as well.

Despite the dip in sales, net income continued its upward trend in fiscal 2015, rising 14% to $686.1 million. This was primarily due to a decrease in the cost of sales. Cash flow from operations rose 33% to $992 million due to changes in inventories and accounts receivable.

Hormel Foods' strategy is to extend existing brands and expand into new branded items. While SPAM may be its best known brand, Hormel Foods has a diverse and growing portfolio of consumer products, with Muscle Milk nutrition products as the newest addition. The company is focusing on developing and acquiring new products to drive sales, as well as bumping up advertising on established brands such as Skippy peanut butter and SPAM. Hormel Foods is also looking to grow its ethnic business at home as well as its international sales.

Hormel Foods operates a joint venture with Herdez Del Fuerte to market Mexican foods in the US. Called MegaMex Foods, it is integral to Hormel Foods' plan to further diversify its portfolio.

In mid-2015 the company purchased organic processed meat company Applegate, which now operates as a standalone subsidiary. The $775 million acquisition added Applegate's deli meats, frozen burgers, and sausages into the same pantry as SPAM and Dinty Moore stew, and advances the firm's growing push into natural and organic foods.

Hormel Foods is building a new prepared meats manufacturing facility in China; it will produce SPAM and refrigerated and frozen meat items for sale in the foodservice and retail channels.

In 2014 Hormel announced that the company’s SPAM Museum will be relocating to downtown Austin, Minnesota, to support the community’s Vision 2020 project for revitalizing the city’s historic downtown area.

In May 2016, Hormel Foods acquired Justin’s, LLC (Justin’s), owner of the Justin’s® brand and a pioneer in nut butter-based snacking. The company acquired Applegate Farms, which produces natural and organic prepared meats, in 2015. That unit now operates as a subsidiary in the Refrigerated Foods segment.

Looking to beef up its menu of non-meat protein products, Hormel Foods has been particularly acquisitive in recent years. In 2014 the company acquired Muscle Milk maker CytoSport in a $450 million deal. Having earned a top spot in the $1 billion protein drink category, CytoSport is helping Hormel Foods attract younger customers. Previously, Hormel acquired Skippy peanut butter in 2013 from Unilever for $700 million. (Hardly peanuts, the deal represented Hormel's largest purchase ever.) With about $370 million in annual sales, Skippy is the #2 brand of peanut butter in the US (behind Smucker's Jif) and the leader in China. The company believes Skippy should be a useful complement to its sales strategy in China for the SPAM family of products.