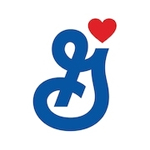 Job security may be an issue in the current economic environment

General Mills is a true industrial powerhouse, and a great place to launch a career.

General Mills is high in the ranks of consumer-packaged goods companies. Some of its #1 and #2 market-leading brands include Betty Crocker dessert mixes, Gold Medal flour, Pillsbury cookie dough, and Yoplait yogurt. It competes with Kellogg to be the top cereal maker with a brand arsenal that includes Kix, Chex, Cheerios, Lucky Charms, and Wheaties. While most of the firm's sales come from the US, General Mills is working to extend the reach and position of its brands globally and has facilities across five major continents. General Mills also owns the Haagen-Dazs ice cream brand in the US.

The majority of the firm's sales (about 60%) come from North America Retail, which markets cereals like Cheerios, packaged meals such as Hamburger Helper, the Pillsbury and Yoplait brands, snacks like Nature Valley granola bars, baking products such as Betty Crocker, a subsidiary that offers organic brands Cascadian Farm and Muir Glen.

Convenience Stores & Foodservice generates about 10% of sales and delivers baking mixes and flour to bakeries and grocery store bakeries; branded cereals, snacks, backed goods, and yogurt to schools, restaurants, and hotels; and a variety of products to convenience stores and vending machines.

The two internationally focused segments, Europe & Australia and Asia & Latin America both generate about 10% of sales. They comprise the retail and foodservice businesses in their specific regions and offer products similar to those found in North America.

The Pet segment also accounts for around 10% of sales and offers dry and wet food and treats for dogs and cats.

U.S. Retail accounted for about 75% of the company's net sales in fiscal 2020 (May year-end) and the International segment, nearly 25%.

By product, General Mills makes about 20% of sales from snacks, more than 15% from cereal, about 15% from convenient meals, more than 10% from yoghurt, about 10% each from baking mixes, dough, and pet, and the remaining revenues from premium ice creams and others.

General Mills sells its products in more than 100 countries throughout North America, Latin America, Europe, the Middle East, Asia, and Australia. The US is its largest market, accounting for about 75% of sales.

In addition to its consolidated operations, the company has about 50% stake in two strategic joint ventures that manufacture and market food products sold in more than 130 countries worldwide.

The company operates more than 45 facilities for the production of a wide variety of food products. Of these facilities, about 25 are located in the US, less than 5 in the Greater China region, and in Canada, about 10 in Europe/Australia, and in Latin America.

The company headquarter is located in Minnesota.

Over the last five years General Mills' revenue declined for two years then grew for another two years.

In 2020 (ended May 26) the company's sales grew 5% to $17.6 billion. This is primarily due to the higher contributions from volume growth and favorable net price realization and mix, partially offset by unfavorable foreign currency exchange.

General Mills' principal strategies for competing in each of its segments include unique consumer insights, effective customer relationships, superior product quality, innovative advertising, product promotion, product innovation aligned with consumers' needs, an efficient supply chain, and price. In most product categories, the company competes not only with other widely advertised, branded products, but also with regional brands and with generic and private label products that are generally sold at lower prices. Internationally, General Mills competes with both multi-national and local manufacturers, and each country includes a unique group of competitors.