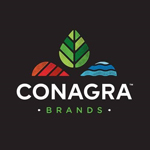 Employees do not get a lot of pats on the back

Big Food employers don't come much more highly rated than ConAgra: the firm is noted for providing an excellent quality of life for employees.

ConAgra Foods fills the refrigerators, freezers, and pantries of most households. The company makes and markets name-brand packaged and frozen foods that are sold widely across the US, including in Wal-Mart stores. ConAgra's cornucopia of America's best-known brands includes Banquet, Birds Eye, Chef Boyardee, Egg Beaters, Healthy Choice, and Marie Callender. Around 50 factories scattered across the Midwest, New England, and Sunbelt regions of the US as well as Canada, Mexico, and India manufacture ConAgra's many products. ConAgra began as a flour-milling company in Nebraska in 1919 and over the decades transformed into a consumer goods company.

Grocery & Snacks accounts for more than a third of ConAgra's sales and comprises the shelf stable food products sold in various retail channels across the US.

The International segment (10% of sales) consists of food manufacture outside the US, of various temperature states and retail channels.

Foodservice (10% of sales) provides restaurants and other foodservice establishments with branded and customized food products, such as meals, entrees, and sauces.

Pinnacle Foods brings in 10% of sales and consists entirely of the brands produced by Pinnacle Foods, such as Birds Eye, Power Bowls, and Hungry-Man, acquired in 2018 for around $8 billion.

Chicago-based ConAgra operates roughly 50 manufacturing facilities found mainly in the Midwest, Sunbelt, and New England regions of the US. It has international factories in Canada, Mexico, and India, in addition to general offices in Canada, China, Colombia, Italy, Mexico, Panama, and the Philippines.

Wal-Mart, ConAgra's largest customer, accounts for about a quarter of sales.

ConAgra's sales are shaped by its active acquisition and divestment program. Lower sales in 2016 and 2017 coincided with a number of divestitures but sales have subsequently risen thanks to the acquisition of Pinnacle Foods.

In fiscal 2019 (ended May) the company's sales grew 20% to $9.5 billion, a record high, thanks to a contribution of $1.7 billion from Pinnacle Foods. ConAgra's other segments didn't fare so well, with the Foodservice and International businesses declining and the large Grocery & Snacks segment posting flat sales. The Refrigerated & Frozen category grew mildly.

Net income fell 16% to $678.4 million due to a 147% increase in interest expense as the company took on debt to finance the Pinnacle acquisition.

In fiscal 2016 net sales of the company decreased by $4.1 billion compared to the previous year.

The primary reason was due to decreased consumer foods revenues. Results reflected a 5% drop in volumes, primarily due to the exclusion of an additional week of results that occurred in fiscal 2015, as well as the negative impact on volume from pricing actions.

Net loss of the company increased by $424 million due to increased selling, general and administrative expenses and decreased sales, partially offset by lower interest expense.

Selling, general, and administrative expenses increased primarily due to a charge of $348.5 million reflecting the year-end write-off of actuarial losses in excess of 10% of its pension liability; charges of $232.8 million in connection with its SCAE Plan; and an increase in incentive compensation expense.

In fiscal 2016 ConAgra's net cash provided by the operating activities decreased by $273 million compared to the previous year.

ConAgra has been radically reshaping its portfolio of late, making numerous acquisitions and divestitures. The acquisition of Pinnacle Foods in October 2018 was a landmark for the company, introducing a range of healthier, lower-additive brands such as Birds Eye (frozen seafood) and Healthy Choice (ready meals). And with commodity prices high, the acquisition also grants ConAgra necessary leverage in realizing better rates from its retailers. ConAgra anticipates integration costs of around $260 million over the three years following the purchase date.

Meanwhile, the company sold its Del Monte Canada business, the Wesson oil business, and the Gelit frozen pasta business -- all in 2019 -- for a combined $281.5 million. It also sold its Spicetech Flavors & Seasonings business in 2017 for $489 million and its Lamb Weston business in 2016.

In October 2018 ConAgra acquired Pinnacle Foods, a global manufacturer of packaged food products. The $8 billion cash-and-stock deal will take annual sales to around $11 billion, while ConAgra hopes to achieve synergies of $215 by the end of May 2022. Pinnacle's brands include Birds Eye frozen seafood, Healthy Choice healthy ready meals, and Hungry-Man high-protein meals.