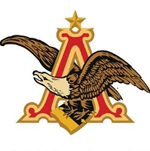 Anheuser-Busch is the leading producer and seller of beer in the U.S. and brews the world’s largest selling beers in Budweiser and Bud Light.

Anheuser-Busch (A-B) has brewed up a billion-dollar business with its Buds. The company is best known for brewing Budweiser, one of the world's largest-selling beers by volume. Other A-B labels include Bud Light, Busch, Michelob, O'Doul's, and Kirin under license. A-B's nearly two dozen breweries ship beverages to more than 500 independent wholesalers nationwide. Besides beer, the company also produces distilled beverages, energy drinks, and non-alcoholic malt beverages. A-B is the North American subsidiary of global brewing giant AB InBev and generates around 30% of the parent company's sales.

St. Louis-based Anheuser-Busch does all its trade in the US, where it has nearly two dozen breweries. Its distribution network comprises nearly 30 wholly owned distributors and another 500 independent wholesalers.

Anheuser-Busch is struggling to increase sales as beer consumption in the US continues to decline. In fiscal 2018, a 2.5% decrease in volume drove a 1% decline in Anheuser-Busch's annual sales, which was partially offset by price increases resulting from the company's premiumization initiatives. The company's bottom line weakened by around 2% due to commodity headwinds and higher distribution expenses relating to a tighter freight market.

As with all the world's major brewers, Anheuser-Busch (A-B) is pursuing a policy of premiumization of its beer portfolio. With volumes of beer sold declining globally, beer companies are aiming to continue growing by reaching higher price points. The strategy rests on upping brand positioning in the market and value-add propositions. However, with only so much value to mine from 4-5% abv. lagers, which suffer from low product differentiation, A-B has been making big moves in the craft beer market. Craft beer comes in more varieties (amber ales, IPAs, white beers, pilsners etc.) and command higher price points. A-B has become among the largest producers of craft beer in the US in 2018 thanks to its aggressive buying-up of craft beer producers; these include Goose Island, Wicked Weed, Karbach, and Blue Point.

Anheuser-Busch has been buying up independent craft brewers in droves over the last few years. These have included Wicked Week in North Carolina, Karbach in Texas, Devil's Backbone (Virginia), and 10 Barrel (Oregon). It also acquired in 2019 Cutwater Spirits, a San Diego-based producer of whiskey, vodka, gin, and canned cocktails. It also acquired energy drink Hiball and fizzy juice brand Alta Palla in 2017.