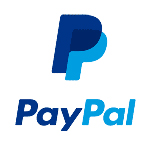 Consumers and merchants bank on PayPal to transact millions of payments at digital speed. The company enables individuals and merchants to electronically transfer money via numerous methods, with payments originating from a customer's bank account, credit card, or PayPal account. The company earns fees from payment transactions, foreign exchange, and withdrawals from foreign bank accounts, as well as from interest on customer balances and PayPal-branded credit and debit cards. PayPal is a giant in the online payments industry with about 229 million active accounts, including about 200 million consumer and about 20 million merchant accounts. The company processes more than 2 billion mobile transactions a year.

Organizationally PayPal is structured as a single business segment. In general, however, it refers to its primary revenue-generating activities as transactions, which account for nearly 90% of revenue, and to its secondary activities as value-added services, which generate the other 10%.

PayPal oversees a global technology platform that links its customers – both merchants and consumers – so they may digitally exchange payment for goods and services. Customers use computers, smartphones, bank accounts, credit cards, and other methods to originate and accept payment through the PayPal platform. In addition to its namesake PayPal service, it operates under brand-names Xoom, Venmo, and Braintree.

PayPal operates globally, serving customers in nearly 200 markets. More than 50% of the company’s revenue comes from the US, about 10% from the UK, and the remainder from the rest of the world.

Its payment platform, through which consumers and merchants transact payments, operates in Australia, Brazil, Canada, China, throughout the EU, Japan, Singapore, and the US. The company offers funds withdrawal in some 55 currencies

PayPal’s full capabilities are not global in nature, as some countries bar certain transactions. For example, personal payments to and from India are prohibited.

PayPal aims its digital payment services to both ends of the transaction: consumers and merchants. The company provides several ways with which consumers can use the PayPal platform to initiate payment for a merchant’s goods. Merchants further their business capabilities by allowing their customers to make digital payments through PayPal’s platform.

PayPal has realized strong financial performance over the past several years. Between 2013 and 2017 the company almost doubled its revenue and net income. In 2017, the company recorded revenue of $13 billion, up from $10.8 billion in the prior year, a rise of 21%. The annual growth is due to increases in active customer accounts (up 15%), the number of payment transactions (up 24%), and total payment volume (up 27%).

PayPal’s strategy includes a tactical goal to increase the number of transactions performed by its core set of existing customers and more long-term goals to expand its customer base (particularly internationally) and extend the reach of its payments platform through strategic partnerships.

To increase transactions, PayPal continues to develop new products while enhancing existing ones. A top priority is the fast-growing mobile payments market. PayPal has been busy creating and enhancing mobile payment products that allow users to easily make payments while on the go. PayPal Here enables smartphones to read and accept payments from Visa, MasterCard, Discover, and American Express and encrypts account information so credit card data doesn't pass through the phone unprotected.

The company reached out internationally with the acquisition of Xoom, whose primary offering frees PayPal from its point-to-point restriction by allowing overseas payments and deposits to and from bank accounts, mobile phones, and other accounts. Another PayPal improvement came with a redesigned mobile app that streamlined the user experience, facilitating and streamlining consumer transactions.

Partnerships are a priority for the company as they expose potential customers to PayPal as well as extend the reach of the digital payments platform. The company inked many partnership deals in 2016 and 2017, notably with Visa, Vodafone, Alibaba, Mastercard, Discover, and Wells Fargo. Several deals facilitate use of a physical card (credit/debit) with PayPal, and enable use of customer reward points for purchases. In mid-2017, PayPal announced a partnership allowing Chinese consumers to pay with Baidu Wallet and also the company also extended into the utility bill-pay market with its acquisition of TIO Networks.

In mid-2017 PayPal paid $238 million for TIO Networks, a cloud-based bill-payment processor for hundreds of North American service providers (for example, DirectTV, CitiMortgage, PG&E, Toyota Financial Services, and AmeriGas). The transaction allows the company to scale out its operations, incorporate new products into its portfolio, and facilitate entry into the services bill-pay market.