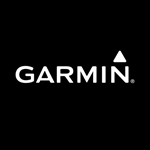 Garmin hopes to make stopping to ask for directions a thing of the past. The company manufactures navigation products that use Global Positioning System (GPS) technology to wirelessly deliver geographic location data through satellite communications. Its portable products incorporate electronic maps and navigational charts. Garmin also makes communications devices that combine cellular and GPS technology. Manufacturers such as , , and incorporate Garmin equipment into their products. The company sells its consumer products through retailers including , , and , as well as through distributors and independent dealers.

Garmin's automotive products bring in the most sales for the company, some 37% of revenue. If they're not driving, perhaps Garmin's customers are walking or running because its gear for fitness devices accounts for 24% of revenue. Products for the outdoors, aviation, marine markets bring in 15%, 14%, and 10% of revenue.

Sales in the Americas account for a bit more than half of Garmin's revenue with Europe generating 36% and the Asia/Pacific region, 12%. A/P sales rose 22% in 2015 while sales in the other regions declined 4% each.

Garmin's roadmap for growth has its research and development operation as its north star. The company has more than 3,400 people -- about a quarter of overall employment -- working on new products. The company spent 8% more on R&D in 2015 from 2014.

While in-house R&D is important, Garmin also tracks down and acquires technologies that help it expand it product portfolio and market penetration.

In 2016 Garmin made a series of deals that followed its acquisition strategy to a T.

In March Garmin acquired DeLorme, a privately-held company that designs and markets consumer based satellite tracking devices with two-way communication and navigational capabilities. Garmin folded DeLorme products into its lineup.

With the September deal for Iiyonet Inc., Garmin took ownership of a key distributor of its consumer products in Japan. The acquisition strengthens Garmin's sales and distribution the Japanese market.