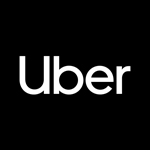 Have you taken a ride with Uber? Join the crowd. The ride-sharing company says it completed four billion trips in 2017. It's the top ride-share company in the US and it has drivers and passengers in more than 600 cities around the world. Customers get rides through the Uber app on their smartphone and the trip is billed to the customer's credit card. Uber, one of the most valuable private start-up companies, has roiled urban transportation around the world, generating protests and regulatory crackdowns in cities like Paris, London, and New York. Besides people, Uber delivers food through Uber Eats and goods through Uber Freight. The company went public in 2019, raising $8.1 billion in its initial public offering.

Uber made its long-awaited initial public offering in 2019, raising $8.1 billion at a price of $45 a share. The price valued the company at $82.4 billion. Uber planned to use the money for working capital, operating expenses, and capital expenditures as well as pay for acquisitions. It also expected to use some of the proceeds to pay off anticipated tax withholding and remittance obligations.

Uber generates most of its revenue through its ride sharing business. The company provides the brand name, the smartphone app, and the technology behind the service as well as billing. The driver, which spends time and fuel, gets most of the ride fee, with the rest going to Uber.

Uber for Business is a contract service that companies can use to ferry their employees and clients around. To its corporate customers, Uber provides information on trip activity and centralized billing, expensing, and reporting. Users include Dell Technologies, Zillow, and Intuit.

Another Uber operation is Uber Pool. It allows drivers to pickup mobile passengers going in the same direction. The company also has invested in other forms of transportation such as electric scooters and electric bicycles.

Looking beyond drivers, Uber devotes a significant part of its capital toward autonomous car research and development.

Uber is based in San Francisco, California. It operates in all major US cities and smaller ones as well. It has regional offices in New York City, Chicago, Washington, D.C., Seattle, and Los Angeles. Overseas offices are in London, São Paulo, Mexico City, and Amsterdam. The company has drivers on streets in some 600 cities in Europe, South America, Africa, and Asia as well as the US, Mexico, and Canada.

Uber does little advertising, but its name has become the word for ride sharing. From time to time, the company offers incentives to drivers and riders to boost ridership in some markets. In the business press, the company has received much coverage, not always for best practices.

Uber is privately held, but it releases selected financial information to investors and media.

Uber reported that revenue rose to $7.5 billion in 2017, $1 billion higher than its 2016 sales. The company said it lost $4.5 billion in 2017, which includes write-downs, stock-based compensation expenses, and legal costs. Uber has said it pays out just more than 80% of the fares paid on its platform for driver pay and incentives to riders and drivers.

The company reported a profit on paper in the 2018 second quarter with the help of proceeds from the sales of its operations in Russia and Southeast Asia. The company maintains a minority interest in both endeavors. Operationally, it expects to lose money for some time.

At first, Uber's strategy was to get its app running in a city and ask permission later. As the company grew aggressively it attracted more attention from municipal regulators and opposition from the taxi industry. In response, New York City has set a limit on the number of licenses available to ride share drivers. London allowed Uber to remain in operation after a contentious argument about its competitive practices. Some cities tried to enforce more stringent qualifications for drivers such as background reports and finger printing. In some markets, statewide legislation voided local restrictions on ride sharing companies.

Besides its business strategy, Uber has come under fire for its culture, which female employees have said includes sexual harassment and discrimination. The company appointed an independent panel to examine the charges and it has agreed to make changes. The company also has been investigated for practices that keep competitor's drivers away from passengers and alert Uber drivers when government regulators investigators tried to catch a ride.

Since co-founder Travis Kalanick was removed as CEO in 2017, Uber has taken a more conciliatory approach to regulation, vowing to work with cities to make sure the service remains available. One of the first tasks of the new CEO, Dara Khosrowshahi, was to travel around the world to repair frayed relationships. Uber's missteps and the resulting negative press, helped its US rival, Lyft, gain market share in 2017.

Uber has cut back on some of its international operations such as reducing its ownership interests in ride-sharing operations in Russia and Southeast Asia. Those moves followed the sale of the majority of its China operations to its chief competitor in the country, Didi Chuxing.

In early 2018, Uber reduced its autonomous car research after an Uber test vehicle in testing-mode struck and killed a pedestrian. The company shut down its autonomous operations in Arizona, where the accident occurred. Later in 2018, Uber and Toyota agreed to team up on autonomous car R&D. Toyota invested $500 million in Uber as part of the deal.

Despite the problems, Uber remains one of the most valuable of the unicorn companies. Those are private startup firms valued at more than $1 billion. The latest investments in Uber value the company at around $72 billion. The company is trying to reduce costs and inch toward profit as it moves toward a public stock offering, perhaps in 2019.