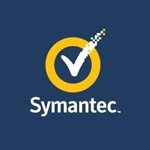 Symantec offers security software for companies and consumers that protects against viruses, detects attempted intrusions, reduces spam, and filters unwanted content. The company's Norton Security and LifeLock Identity Theft Protection products help consumers protect their devices, identities, online privacy, and home networks. For commercial customers, Symantec's Enterprise products offer similar protections on a grander scale as well as others such as network security and cloud security and threat intelligence. The company counts as customers some 350,000 corporations and organizations and more than 50 million consumers. In 2019, Symantec agreed to sell its enterprise security business and its name to Broadcom for $10.7 billion.

For consumers, the Norton product suite provides protection across a variety of internet-connected devices such as PCs, Apple Macs, smart phones, and networking gear. Its LifeLock product is one of the best-known identity theft protection services. Symantec maintains what it calls the largest civilian database of threat indicators, which allows it to reduce false positives and provide faster and better protection for customers.

Mountain View, California-based Symantec has operations in more than 45 countries throughout the Americas, Europe, the Middle East, Africa, Asia Pacific/Japan, and Latin America.

About 65% of revenue comes from the Americas (about 90% of that is from the US), roughly 20% from EMEA (Europe, Middle East, Africa), and the rest from the Asia/Pacific region.

Symantec sells its products through an array of channels that include its direct sales force, distributors, resellers, computer manufacturers, and systems integrators. Its consumer products are sold to consumers through the company's e-commerce platform as well as through distributors, direct marketers, ISPs, wireless carriers, and retailers.

About 30% of Symantec's revenue is concentrated in two customers.

Symantec's revenue has been uneven over the past five years, reflecting a string of acquisitions and divestitures.

In 2019 (ended March), revenue slipped to $4.7 billion, about $103 million less than flowed into the company's coffers in 2018. Symantec blamed the decrease on the divestiture of the Website Security (WSS) and Public Key Infrastructure (PKI) products in the Enterprise segment. On the plus side, the Consumer Cyber Safety segment posted a $128 million revenue increase on higher sales of identity and information protection products.

Symantec reported net income of $31 million in 2019 compared to $1.1 billion in 2018, when the company recognized proceeds from the WSS and PKI divestitures and received a sizable tax benefit from the US Tax Cuts and Jobs Act.

The company's cash holdings stood at $1.8 billion in 2019, about the same level as 2018. Operations generated $1.5 billion in cash in 2019, while investing and financing activities used $241 million and $1.2 billion, respectively.

Symantec's financial flexibility could be cramped by its $4.5 billion of outstanding indebtedness, which matures between 2020 and 2025. The company built up debt by borrowing money to make acquisitions. Symantec has about $1 billion available for borrowing under its revolving credit facility.

In the past few years Symantec refocused its entire business on security. In late 2015 it divested its ill-fitting Veritas business that it bought in 2005 and used the proceeds to help purchase BlueCoat in mid-2016 and LifeLock in early 2017.

Part of the strategic reasoning behind the acquisitions was the desire to cross-sell and upsell products. Blue Coat brought with it a cache of large, enterprise customers to whom Symantec can sell its other enterprise security products. LifeLock similarly brought customers (nearly 4 million) into the Symantec sphere and they are prime candidates to see the value in the company's other security products. The consumer segment alone believes it can garner more than $700 million in cross-sell revenue, over the next few years.

Symantec doubled down on its consumer security bet in 2019 when it agreed to sell its enterprise security business and the Symantec brand to Broadcom for $10.7 billion. The company would focus on the consumer-oriented Norton LifeLock business after the sale. Symantec's revenue was split about 50-50 between the enterprise and consumer units, but the enterprise business accounted for just 10% of the company's operating income. The deal was expected to close in early 2020.

Symantec changed top management at the end of 2019.

In its 2019 fiscal year (ended March) Symantec made three acquisitions designed to boost its security offerings for the mobile and enterprise markets. In buying Appthority, Symantec gained technology for automatically assessing and analyzing threats to mobile applications and devices. Its purchase of Javelin Networks broadens its capabilities to defend against Active-Directory based attacks. The acquisition of Luminate delivered software defined perimeter and zero trust technology.

Symantec acquired Fireglass, a cybersecurity company, in 2017. The deal was made to strengthen Symantec's products that protect corporate email and web surfing. Fireglass develops a technology called "browser isolation," which creates virtual web sites. That allows users to browse information without being affected by viruses. Companies in health care, financial services, and telecommunications as well as government agencies, have been early users of the technology. Terms were not disclosed.

In February 2017 Symantec paid $2.3 billion for Lifelock and its identity protection and fraud software. Symantec plans to roll Lifelock's products into its own security offerings to provide a more comprehensive consumer solution set.

Also in 2017 Symantec agreed to buy Skycure, which provides security technology for mobile applications. Symantec plans to add Skycure's technology into its Integrated Cyber Defense platform and products such as Norton Antivirus and other products with mobile security features. Skycure uses artificial intelligence and machine learning techniques that offers protection for mobile devices on major mobile operating systems. The Skycure technologies set Symantec up to partner with telecommunications companies in building up cyber security for their customers.

Artificial intelligence expert Gary Hendrix founded Symantec in 1982 with a focus in AI-related products. Gordon Eubanks, a former student of the late industry pioneer Gary Kildall and founder of C&E Software, was appointed CEO in 1983 and bought the company in 1984. Realizing that Symantec could not compete against Microsoft and Lotus, Eubanks began buying niche-market software firms. In 1990, a year after going public, Symantec merged with DOS utilities market leader Peter Norton Computing. It bought 13 companies between 1990 and 1994. Over time, the company transitioned to provide cyber-security related products.