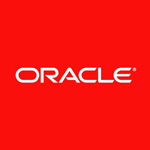 Lots of talent and great technology

Difficult to move up

It's impossible to get 108,000 employees to agree on anything, but most say Oracle is a good place to gain experience and make a living.

Oracle predicts the future of computing is in the cloud. The enterprise software company offers a range of cloud-based applications and platforms as well as hardware and services to help companies improve their processes. Oracle's applications center around enterprise resource planning, data management, collaboration, application development, customer relationship management, and supply chain management. In recent years, Oracle has aggressively expanded through acquisitions that have helped build its cloud offerings. The company's mainstay product has been Oracle Database, one the most popular corporate database offerings. More than half its revenue comes from international customers.

About 10% of Oracle's sales come from its hardware business, which includes computers and related software and services, and its consulting services business. Products include Oracle Engineered Systems and some of its enterprise and data center servers and storage products.

Oracle also offers services that help customers operate their businesses from a cloud environment with software-as-a-service and infrastructure-as-a-service. Those businesses account for less than 10% of Oracle's revenue.

Headquartered in Redwood City, California, Oracle operates facilities in the US, including a factory in Hillsboro, Oregon, and overseas.

Oracle has a wide geographic distribution of customers. Those in the US generate about 45% of sales. The other countries for which the company breaks out sales – the UK, Japan, Canada and Germany – each account for 5% or less. The other 170-some countries with Oracle customers account for more than 35% of the company's sales.

Oracle uses direct and indirect channels including independent distributors and value-added resellers to market and sell its products and services. The companies that comprise Oracle's indirect channel network are members of the Oracle Partner Network.

The company counts about 430,000 customers in a range of industries such as aerospace and defense, automotive, financial, technology, manufacturing, oil and gas, retail, telecommunications, and utilities.

After several years of uneven revenue, Oracle Corp.'s sales rose in the past three years, although the 2019 increase was less than 1%.

In 2019 (ended May), Oracle's revenue rose $123 million to about $39.5 million. The company posted a 2% increase in cloud and license sales, but sales in hardware revenues and services declined 7% and 5%, respectively, year-over-year. Sales ticked up 1% in the Americas and Asia/Pacific region, but fell 1% in the EMEA region.

With debt totaling more than $56 billion, Oracle must generate enough cash flow to service the debt. Failure to do so could limit the money the company has for operations and acquisitions and hinder further borrowing.

Sales growth has been slow for Oracle as it has tried to build up its cloud computing offerings. The company's revenue growth has averaged a bit more than 1% a year over the past eight years. As has happened with companies in a similar situation, sales of some of Oracle's legacy systems have declined while the cloud systems' sales have ramped up.

Oracle has built its cloud offerings mostly through acquisitions. The most notable acquisition was NetSuite, which provides cloud-based enterprise resource planning (ERP) software. Its ERP system leads the market.

Oracle also offers a new set of products based around its autonomous cloud strategy. It includes a range of cloud-based products that use machine learning to maintain themselves and reduce human error. The company's autonomous operating system was introduced in 2019 and followed its autonomous database product released the year before.

While Oracle and Microsoft are competitors in cloud computing services, they recognize that their customers use each other's products. That led the companies to develop a partnership for integration of Oracle Digital Assistant with Microsoft Teams that gives Microsoft 365 customers access to Oracle Cloud Applications through conversational artificial intelligence.

While it competes against companies like SAP, Salesforce, and Workday in its applications businesses, Oracle's venture into cloud computing faces formidable rivals that include Amazon Web Services, Microsoft's Azure, and Google.

In 2018 the company bought Aconex, an Australian provider of web-based collaboration tools for the construction industry, for about $1.2 billion. About 80,000 organizations have used Aconex to manage more than $1 trillion in projects in 70 countries. The acquisition adds another facet to Oracle's cloud offerings.

In 2017 Oracle acquired Apiary, which provides application programming interface (API) tools, Moat, which uses data and analytics to enhance media for marketers and publishers; and Wercker, an integration platform for application development and delivery.

Larry Ellison, Robert Miner, Bruce Scott, and Edward Oates founded System Development Laboratories in 1977 to create a database management system according to theoretical specifications published by IBM. Ellison had studied physics at the University of Chicago but dropped out in the 1960s to seek his fortune in Silicon Valley. He was part of the team that developed the first IBM-compatible mainframe. Miner, an experienced programmer, was the main developer of Oracle's database manager, which was able to run on many computer brands and was introduced in 1979. The company also changed its name that year to Relational Software.

In 1983 the company changed its name again, this time to Oracle, in order to more closely align itself with its primary product. Oracle went public in 1986 and within two years had a 36% share of Uncle Sam's PC database market. It also added financial management, graphics, and human resource management software.