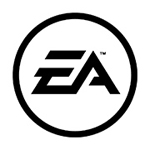 Electronic Arts (EA) puts gamers in action on the gridiron, the pitch, the battlefield, and in outer space with its most popular games. Its leading titles are Madden NFL, FIFA, and Star Wars, all of which it licenses from other companies, and its own Battlefield, Mass Effect, and The Sims. While EA generates increasing sales for games on mobile devices, it still makes most of its revenue from games played on consoles from Sony and Microsoft and on personal computers. The company is moving into competitive gaming and eSports with its Competitive Gaming Division. EA gets majority of revenue from international customers.

EA collects revenue from sales of its games on disc, digital downloads (onto several platforms), subscription fees, and in-game transactions.

Digital has become increasingly important for EA, bringing in nearly 80% of revenue. Digital revenue includes Live Services, over 50%, Mobile, more than 10%, and full game downloads, around 15%.

Full game downloads include revenue from digital sales on consoles and PCs.

Packaged goods account for over 20% of revenue. Packaged goods include game shrink-wrapped software sold through traditional channels such as brick-and-mortar retailers.

California-based EA operates development studios in North America and leases properties for R&D, sales, and administration in Europe and Asia. North America is its largest market, accounting for more than 40% of sales. International customers supply the rest.

As EA's business becomes increasingly digital, more of its sales are generated through the internet. Such channels include Origin, the company's direct-to-consumer platform, digital downloads from third-party retailers, and mobile applications.

EA depends on two major console makers for about half of revenue. Games for Sony's PlayStation supply more than 30% of sales and games for Microsoft's Xbox account for over 15% of sales. EA has partnerships with Tencent Holdings Limited in China and Nexon Co. Ltd.

Electronic Arts' revenue rose in recent years (except 2019), generally based on the timing of game releases. Net revenue for fiscal year 2020 was $5.5 billion, primarily driven by FIFA 20, FIFA 19, The Sims 4, Apex Legends and Madden NFL 20.

Net income was $3 billion, including a one-time net tax benefit of $18 billion. Excluding the one-time tax benefit, net income would have been $1.3 billion, up 26% year-over-year.

Electronic Arts has perennial moneymakers, FIFA, its soccer series, Madden, its NFL game, and The Sims. The company's challenge is to develop new franchises that open with a bang and deliver recurring revenue.

Its recent release, Apex Legends, a free-to-play game, was the fastest-growing new game EA has released, hitting 50 million players in what the company called a short time.

EA's strategy is to create amazing games and content, powered by services, delivered to a large, global audience. The company believes that the breadth and depth of its portfolio, live services offerings, and its use of multiple business models and distribution channels provide the company with strategic advantages. These advantages include the opportunity to engage an increasing number of players across more distribution channels and geographies, and dependable sources of revenue from EA's annualized sports franchises (e.g., FIFA, Madden NFL), its console, PC and mobile catalog titles (i.e., titles that did not launch in the current fiscal year), and its live services.

After four years with , video game pioneer Trip Hawkins left in 1982, raised $5 million, and founded Electronic Arts to explore the entertainment potential of PCs. The company went public in 1989, and sales exploded the next year when EA began designing games for 's Genesis video game system. Hawkins stepped down as CEO in 1991 and was replaced by president Larry Probst. (Hawkins remained chairman until 1994; he left to devote time to another game company, , which later went bankrupt.) The company bought game developer ORIGIN Systems in 1992 and began marketing its games in Japan with partner . That year introduced its PlayStation game system in the US.