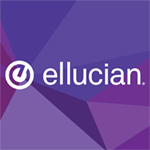 Ellucian (formerly Datatel+SGHE) doesn't care if you're a Bruin (), a Longhorn (), or a Hurricane (), as long as you've got data that needs managing. The company, which serves 2,400 higher education institutions in 40 countries, develops software -- available on-premise and (increasingly) cloud-based -- that integrates administrative and academic computing systems. Its products manage information about students, -- grading, finances, financial aid, and advancement -- and streamline such processes as enterprise resource planning, IT, e-recruitment, and alumni communications. and are the majority owners of Ellucian.

Headquartered in Fairfax, Viginia, Ellucian serves education institutions in the Asia/Pacific, South Asia, Europe, Latin America, the Caribbean, the Middle East, Africa, and North America. It has almost 10 offices in the US, two in Mexico, and one in each of Canada, Australia, New Zealand, Brazil, Chile, Colombia, France, India, Ireland, Netherlands, United Arab Emirates, and the UK.

Ellucian has accelerated its move to provide cloud-based software to its customers. In 2016, the company released Ellucian CRM Advance, the third mobile-friendly cloud service in its suite of customer relationship management software. In 2017, the company released Banner and Colleague, enterprise resource planning applications, as software-as-a-service (SaaS) products. The products come after significant investment in their development over the past two years. Banner and Colleague run on systems.

In 2014, TPG Capital and Leonard Green Partners paid about $3.5 billion to acquire majority interest in Ellucian from and . Hellman & Friedman and JMI Equity acquired the company, known as Datatel, in 2009 for $570 million. Three years later, Datatel acquired higher educations assets from SunGard for $1.8 billion. The company was renamed Ellucian.