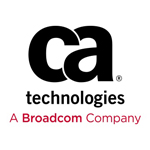 CA Technologies offers employees an opportunity to work with the latest technology, but employees wish it offered a more stable work environment.

Once known as Computer Associates, CA Technologies now dishes out computer apps. One of the world's largest software companies, CA provides software tools for managing networks, databases, applications, storage, security, and other systems. Primarily serving large enterprises, its applications work across both mainframes and cloud computing environments. Its current focus is on developing applications for cloud and mobile computing, and DevOps (development operations). Most of its software license sales come from subscriptions. The company also offers consulting, implementation, and training services. It sells worldwide to businesses, government agencies, and schools directly and through resellers. About 65% of sales are from US customers. In 2018, CA agreed to be bought by chipmaker Broadcom for about $18.9 billion.

Software meets semiconductors in the acquisition of software developer CA by chipmaker Broadcom for $18.9 billion. Broadcom cited CA's installed base of users in mainframe and enterprise offerings as desirable assets in building an infrastructure technology company. The companies expected the deal to close by the end of 2018.

CA's products are divided into three segments: Mainframe Solutions, accounting for more than 50% of sales, sells software designed for the IBM z Systems platform, on which some of CA's biggest customers run critical business applications; Enterprise Solutions, more than 40% of sales, sells products designed for distributed and cloud computing environments and that run on industry standard servers; and Services, less than 10% of revenue, which helps customers set up and run CA software.

Subscription and maintenance accounts for about 80% of the company's revenue. Software fees and other brings about 15% while professional services supply the rest.

The US is CA's largest single geographic market, accounting for about 65% of sales. Europe accounts for about 25% of CA's revenue.

As a software powerhouse, CA maintains partnerships with other industry leaders, including systems integrators such as Accenture and PricewaterhouseCoopers, as well as managed services providers, including Hewlett-Packard Enterprise and IBM. It maintains partnerships with other technology and software companies to ensure the interoperability of its products with offerings from such companies as Microsoft, SAP, and VMware.

After four years of declines, CA Technologies has posted two straight years of revenue increases. In 2018 (ended March), revenue rose 5% to $4.2 billion on an increase in software fees and other revenue, as well as higher subscription and maintenance revenue. The Automic and Veracode acquisitions contributed about $220 million in revenue.

While revenue ticked higher in 2017 and 2018, CA's net income has dropped for six straight years. It fell to $476 million in 2018 from $775 million in 2017 because of higher costs associated with acquisitions and a higher US income tax bill due to the US Tax Cuts and Jobs Act.

CA's cash holdings rose to $3.4 billion for 2018, up from about $2.8 billion the year before. In 2018, the company gained about $182 million from foreign exchange rates on cash held outside the US in currencies other than the US dollar.

CA Technologies has styled itself as a software factory that develops applications for mainframe computers and cloud environments for enterprise applications. The company has adopted agile software development and has turned its processes into products and services for its customers.

CA has made several acquisitions in the past few years to accelerate the move to agile and to fill in holes in its software development portfolio, particularly in automation. Veracode has contributed some large transactions, as well as digitally-based go-to-market strategies that CA uses across the company.

Even has revenue grows, CA intends to reduce costs in 2019 while taking a charge of as much as $160 million to consolidate sites and cut about 800 jobs. The moves are being made to develop cross-functional teams that are better able to develop and deliver its subscription-based sales model.

While CA is one of the bigger software companies, it faces competition from even bigger companies. Rivals such as IBM and Microsoft have deep resources that can help pay for their enterprise software businesses. CA also has competition in new, smaller companies that have fewer products, but can offer them at lower prices.

Historically an aggressively acquisitive company, CA stepped up its buying game to expand its application portfolio in automation and security.

In 2018 CA Technologies bought SourceClear, a provider of software composition analysis tools, to improve the security of software and Software-as-a-Service (SaaS) applications.

CA Technologies acquired Veracode, a software code security developer, for about $618 million in a third 2017 transaction. With Veracode, the company bridges its cecurity business with its DevOps portfolio and adds to its SaaS business

In another 2017 deal CA bought Automic Holding GmbH, a developer of software that automates IT and business processes, for about $675 million. Automic adds cloud-enabled automation and orchestration capabilities to CA's portfolio and increases its exposure in Europe.

In 2016, CA acquired BlazeMeter Ltd., a privately-held provider of open source-based continuous application performance testing, for about $100 million. BlazeMeter will integrate with the company's continuous delivery solutions to further improve testing efficiency and accelerate the deployment of applications.