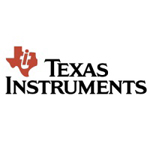 Texas Instruments sticks to basics -- producing analog and embedded processors, the workhorses of the industry. The company's analog chips manage power in electronic equipment and its embedded processors handle specific tasks in electronic devices. TI's customers, which number about 100,000, use the company's chips for applications that include autos, industrial machinery, consumer electronics, communications devices, and calculators. The company also sticks to basics in production, operating its own manufacturing plants, which it places around the world. International customers generate about 85% of revenue. Another TI basic: TI engineer Jack Kilby was credited as co-inventor of the integrated circuit in the late 1950s.

The Analog business, which accounts for about 70% of sales, includes high-volume analog and logic products, power management semiconductors, and amplifiers and data converters. The company's analog products are used in the personal electronics, automotive, and industrial markets as well as others.

The Embedded Processing segment, which generates about 20% of sales, makes digital signal processors (DSPs) and microcontrollers. TI's embedded processors range from low-cost microcontrollers used in products such as electric toothbrushes to complex devices used in automotive applications such as infotainment and advanced driver assistance systems.

China is the biggest single market for Texas Instruments, accounting for about 50% of revenue with other Asia/Pacific countries (including Japan) accounting for some 10% of revenue. The US generates nearly 15% of TI's sales. Headquartered in Dallas, Texas, the company designs, manufactures and has sales operations in more than 30 countries.

Texas Instruments market and sell its products through direct sales channels, including its broad sales force, and website as well as through its distributors. About 65% of the company's revenue comes through distributors, who keep inventory of TI products on hand. As for customers, its 100 biggest account for about one-third of TI's sales.

In terms of markets, TI gets about 35% of revenue from industrial, about 25% from personal electronics, about a fifth from automotive, and more than 10% from communications, with enterprise systems and calculators accounting for the remaining revenue.

Texas Instruments' focus on its Analog and Embedded Processing units is paying off. They combined to produce 90% of the company's revenue. The company believes that analog and embedded processors offer diversity of applications, long product life cycles, and lower-cost manufacturing processes.

More narrowly, TI has identified two markets where analog and embedded processes can generate growing sales over time: industrial and automotive. In 2019, automotive and industrial combined to provide about 55% of TI's revenue. TI believe these markets represent the best growth opportunities over the next decade or longer, due to increasing semiconductor content.

TI faces strong competition around the world from other chipmakers. The industry consolidation that TI has avoided has created bigger competitors with wider ranges of products and deeper resources. On the other side of the spectrum, small companies with innovative products are capable of snatching market share away.

Clarence "Doc" Karcher and Eugene McDermott founded Geophysical Service, Inc. (GSI) in Newark, New Jersey, in 1930 to develop reflective seismology, a new technology for oil and gas exploration. In 1934 GSI moved to Dallas. The company produced military electronics during WWII, including submarine detectors for the US Navy. GSI changed its name to Texas Instruments (TI) in 1951.

TI began making transistors in 1952 after buying a license from Western Electric. The company went public on the New York Stock Exchange in 1953. In 1954 it introduced the Regency Radio, the first pocket-sized transistor radio. (That year TI also produced the first commercial silicon transistor.)

TI engineer Jack Kilby invented the integrated circuit (IC) in 1958. Working independently, Intel co-founder Robert Noyce developed an IC at the same time, while working at Fairchild Semiconductor; the two men are credited as co-inventors. In 2000 Kilby was awarded the Nobel Prize in Physics for his work.