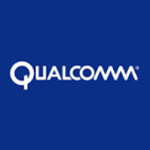 QUALCOMM is a leading designer and supplier of computer chips that mobile phone and wireless carriers depend on to get signals straight. The company pioneered the commercialization of the code-division multiple access (CDMA) technology used in digital wireless communications equipment and satellite ground stations mainly in North America. It generates most of its sales through the development and marketing of semiconductor chips such as its Snapdragon line and system software based on CDMA and other technologies. Its biggest customers have been suppliers to mobile phone makers Samsung and Apple.

QCT develops and supplies integrated circuits and system software based on CDMA, OFDMA and other technologies for use in mobile devices, wireless networks, broadband gateway equipment, consumer electronic devices, devices used in IoT and automotive telematics and infotainment systems. The segment accounts for around 60% of revenue.

QTL grants licenses grants licenses to use portions of their intellectual property portfolio, which includes certain patent rights essential to and/or useful in the manufacture and sale of certain wireless products. The segment accounts for 20% of revenue.

QCT segment's non-United States headquarters is located in Singapore. The segment also operates manufacturing facilities in Germany, China and Singapore, and also sales and administrative offices and research and development centers, primarily in the United States and India.

QUALCOMM halted a three-year string of falling revenue in 2018 (ended September), and the company recovered from their loss thanks to lower operating cost and expenses.

In 2019, the company's net income increased by $9.4 billion resulting to $4.4 billion, compared to net loss of $5.0 billion in fiscal 2018. The recovery was due to the increase on company's revenue and a lesser operating cost and expense.

The company's cash and equivalent balance grew by $62 million maintaining the cash with $11.8 billion in 2019. In 2019, operations generated $7.3 billion while investment activities used $806 million and investing activities used $6.4 billion.

Qualcomm engage in strategic acquisitions and other transactions, including joint ventures, and make investments, which they believe are important to the future of the company's business, with the goal of maximizing stockholder value. From time to time, they acquire businesses and other assets, including patents, technology, wireless spectrum and other intangible assets, enter into joint ventures or other strategic transactions and purchase minority equity interests in or make loans to companies, including those that may be private and early-stage. Qualcomm's strategic activities are generally focused on opening or expanding opportunities for their products and technologies and supporting the design and introduction of new products and services (or enhancing existing products or services) for voice and data communications and new industry segments.

From time to time, companies initiate various strategies to attempt to negotiate, renegotiate, reduce and/or eliminate their need to pay royalties to us for the use of their intellectual property.

QUALCOMM acquired Scyfer B.V., a company that developed artificial intelligence technologies, in 2017. Qualcomm added Scyfer’s applications to end-use devices such as smartphones, cars, and robotics to ensure that processing can be done with or without a network

In 1988 QUALCOMM introduced OmniTRACS, a satellite-based system that tracks the location of long-haul truckers. By 1989, when QUALCOMM unveiled its version of CDMA, the company was working on military contracts worth $15 million.

The company went public in 1991 and introduced the Eudora e-mail software program (named for "Why I Live at the P.O." author Eudora Welty), which it licensed from the University of Illinois. That year QUALCOMM and Loral Corporation unveiled plans for Globalstar, a satellite telecommunications system similar to the Iridium system. The CTIA adopted CDMA as a North American standard for wireless communications in 1993.