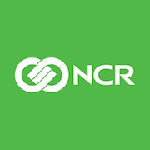 Opportunities to work from home

Pay levels fall in the middle of the pack

Morale problems in some locations

NCR Corporation is a big name in its industry and looks good on résumés, but there is no shortage of disgruntled employees.

NCR's products don't "ka-ching" anymore, but the company still registers with people and money. Born in the 1880s as National Cash Register, NCR is a leading maker of ATMs, point-of-sale (POS) terminals, bar code scanners, and related printer consumables such as paper and ink. The company develops financial services software for transactions in banking, retail, travel, and hospitality. NCR's services segment provides maintenance and support as well as professional services such as systems integration and managed services. NCR does business in more than 180 countries with international customers generating half of its sales. Add it all up and NCR's products enable more than 550 million transactions a day.

NCR's services segment generates about 35% of revenue by helping users get hardware and software up and running and, in some, cases managing entire systems. The company's Predictive Services helps customers identify and address technology issues.

NCR's software products, accounting for about 30% of revenue, run the company's hardware. Its software platforms include the Cx Banking self-service ATM application suite for financial services, the Retail ONE and Aloha Enterprise software for the retail and hospitality industries, and NCR Silver, a cloud-based point-of-sale (POS) system for small businesses.

The US is NCR's largest market, accounting for about 50% of sales. Europe and the AMEA (Asia, Middle East, and Africa) region account for more than 25% of revenue while the Asia/Pacific region – including Japan – generates about 15% of revenue.

NCR spreads its manufacturing operations around the world, placing them in low-cost regions that are close to suppliers and customers. Its manufacturing facilities are in the US, Brazil, Hungary, China, and India.

NCR's products and services are marketed primarily through a direct sales force, although it also taps a network of distributors and resellers. The company's revenue breakdown of revenue by customer type is: Banking, about 50%, retail, nearly 35%, hospitality, more than 10%, and other, 5%.

NCR's revenue has been relatively flat for the past five years as it has tried to generate more revenue from software and services and rely less on hardware.

In 2018, revenue slipped 2% to $6.4 billion from 2017. Hardware revenue decreased 9% in 2018 from 2017, while software revenue inched about 1% higher aided by a 7% increase in cloud revenue. Recurring revenue, which includes cloud, software maintenance, and hardware maintenance, rose 3% year-to-year and accounted for 46% of revenue.

NCR rang up a loss of $88 million in 2018, following a $232 million profit in 2017. The company had higher costs of revenue and operating expenses, which, added to the lower revenue, drove the bottom line into the red.

NCR's short and long-term debt totals almost $3.2 billion, which reduces money available for operations and opportunities and has the potential to limit it ability to borrow more money.

NCR is building software, hardware, and services to help businesses and customers conduct transactions however they want – what NCR calls the omni-channel experience. That could mean conducting an ATM transaction with a live teller via video or checking out of a grocery store without putting items on the checkout conveyor belt.

The company plans to invest to build its digital offerings for banking, restaurants, retail, connected services, convenience and fuel, and small business, which means more spending on software and cloud-based capabilities. Marketing spending also is due for an increase to speed up adoption of its digital services.

NCR intends to increase capital expenditures in 2019 from $143 million in 2018 (which nearly doubled from 2016) drive those areas as well as increase operational efficiency. Overall, the company's capital allocation will steer more toward internal investment than in acquisitions in 2019.

The provision of financial services has attracted a variety of established players and newcomers, some of whom are not weighed down by legacy hardware systems. NCR's competitors include Fidelity National Information Services, Fiserv Inc., First Data Corp., Q2 Holdings, Kony Inc., ACI Worldwide, Diebold Nixdorf, Nautilus, Hyosung, and Square.

In 2019 NCR acquired D3 Technology Inc., a provider of online and mobile banking for the large financial institutions. The deal expands NCR digital banking into new market segments, including US large banks. NCR now has an on-premise product preferred by large institutions. Terms were not disclosed.

NCR in 2019 bought BEC, a Denver-based provider of point-of-sale technology for the hospitality industry. BEC, which had been a reseller for NCR, manages about 2,600 restaurant and other hospitality sites including Qdoba and Punch Bowl Social. Terms were not disclosed.

In another 2018 deal, NCR bought StopLift Checkout Vision Systems, a developer of computer vision systems, to fortify its self-checkout point-of-sale systems. StopLift develops artificial intelligence capabilities that visually determine what occurs during a transaction to distinguish between legitimate and fraudulent behavior at checkout. The companies have worked together since 2016.

By the 1920s NCR controlled 90% of the cash register market. That decade NCR introduced accounting machines, which became almost as important to the company as cash registers. NCR's stock dropped from $154 to $6.87 in the crash of 1929, but by 1936 the company had fully recovered.

Responding to the commercialization of computers following WWII, NCR bought computer developer Computer Research in 1952. During the 1960s the company introduced mainframe computers, opened data processing centers, established microelectronics research facilities, and introduced disk-based computers. However, NCR failed to automate its primary products -- cash registers and accounting machines. In 1969 the company had record profits of $50 million; by 1971 they had plunged to $2 million.

William Anderson, who became president in 1972, is credited with saving NCR. He slashed its Dayton workforce by 75% and focused the company on computing, with an emphasis on retail scanners and ATMs.