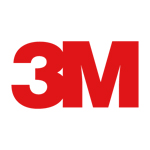 Loath to be stuck in one industry, 3M makes everything from tape to high-tech security gear. The diversified company's products fall under four segment categories: Safety & Industrial, Transportation & Electronics, Health Care, and Consumer. 3M boasts some of the world's most recognizable consumer brands including Post-it notes, Scotch tapes, Scotchgard fabric protectors, Scotch-Brite scouring pads, Filtrete home air filters, and ACE bandages. 3M sells products directly to users and through numerous wholesalers, retailers, distributors, and dealers worldwide. The company generates about 60% of its sales outside the US. 3M was founded in 1902 as a small mining venture in Northern Minnesota called Minnesota Mining and Manufacturing Company.

In 2019 3M restructures its operatins to reduce its number of business segments to four: Safety & Industrial, Transportation & Electrical, Health Care, and Consumer.

3M's Transportation & Electronics segment generates some 30% of its revenue. It houses the company's display systems business, which sells films and components for LCD monitors and other electronic displays. The segment also supplies materials for electronics and automotive and aerospace applications. Its commercial products include graphics sheeting and cleaning products.

Minnesota-based 3M has about 70 manufacturing plants in some 30 US states and operates around 100 manufacturing and converting facilities in roughly 35 other countries. Overall, 3M has operations in more than 70 countries.

3M generates around 40% of its revenue from the US; some 30% from the Asia and the Pacific islands; about 20% from Europe, the Middle East, and Africa; and roughly 10% from Latin America and Canada.

3M sells its products through distribution channels including dealers, distributors, retailers, jobbers, wholesalers, and sales reps. It also markets directly to consumers. The company's products are used nearly all industry sectors. The company spends around $350 million-400 million on average in advertising each year.

3M revenue has been steadily climbing for the past five years, it showed overall growth of only 6%. The company's net income has also been on rise, expect in 2019 with $4.5 million.

In 2019, the company's net sales fell by 2% to $32.1 billion due to the decrease of $857 million on their Safety and Industrial segment, and also a $504 million decrease on their Transportation and Electronics segment.

The company's net income decreased 15% in 2019 to end the year at $4.6 billion due to the decrease in their net sales and increase on their operating income and other expenses.

After several years of sluggish growth, 3M is refocusing operations on its more lucrative sectors through strategic divestitures, selective acquisitions, and cost-saving restructurings.

Bucking its long-running hunger for acquisitions, the company made no business purchases in 2018. That year saw the company take cost-cutting measures that included selling its Communication Markets Division and several personal safety product offerings primarily focused on noise, environmental, and heat stress monitoring. In the year prior it sold its safety prescription eyewear business. The company also exited an oral care technology business in 2019. The company previously signaled its intent to focus on high-growth operations by reducing its exposure to the consumer and electronics markets over the last several years, selling off around 15 businesses.

In 2019, 3M announced it has completed the acquisition of Acelity, Inc. and its KCI subsidiaries worldwide from a consortium comprised of funds advised by Apax Partners, together with controlled affiliates of the Canada Pension Plan Investment Board and the Public Sector Pension Investment Board for a total enterprise value of approximately $6.7 billion. The acquisition further accelerate 3M as a leader in advanced wound care, which is significant and growing market segment.

That year it completed its $1 billion acquisition of the technology business of M*Modal, a developer of cloud- and AI-based medical speech recognition technology for electronic health records. Adding M*Modal's technology business to 3M's Health Information Systems will enable physical to improve the patient experience, while enhancing documentation accuracy and operational efficiency for both providers and payers.

3M launched in 1902 as Minnesota Mining and Manufacturing Company, a small mining venture in Northern Minnesota. The company went public on the NYSE in 1946 as 3M before the 1951 creation of its international division in Australia, Brazil, Canada, France, Germany, Mexico, and the UK. The company's sales hit $20 billion in 2005 and $30 billion in 2013. In 2014 3M was issued its 100,000th patent.