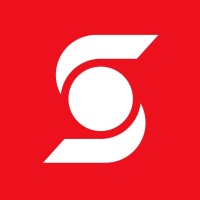 "Supportive," with a "strong commitment to team spirit and success"

"Communication" between senior and junior bankers could be improved

Home sweet Canada
Scotiabank calls Canada home, but that doesn't mean that it hasn't spread its wings to embrace the rest of the world. Founded on the northeastern Canadian island of Nova Scotia in 1832, the company moved to the big Ontario city of Toronto in 1900. Today, it ranks as Canada's third-largest bank, and provides a wide range of services, concentrating on retail, corporate and investment banking. Scotiabank's other services include personal savings and checking accounts, as well as lending, brokerage and trust services. The company also offers asset management (including mutual funds) and, through its Scotia Capital division, investment banking services, including underwriting, and mergers and acquisitions advising.

The bank's biggest area of operations remains its homeland, Canada, where it offers banking services through a national network of about 1,000 branches, commercial and business banking centers, and four call centers. But with nearly 68,000 employees, Scotiabank and its affiliates lay claim to about 14.6 million customers internationally, operating in approximately 50 countries around the world.

The firm trades on the Toronto, New York and London Stock Exchanges, and is the leading provider of financial services in the Caribbean. It has the broadest Asian network of any Canadian bank, and is active in the Latin American market through subsidiaries in Chile, Costa Rica, El Salvador and Mexico, and affiliates in Peru and Venezuela.

The bank also has a long track record of community involvement. To celebrate its 175th anniversary in 2007, the bank commissioned and donated new artwork by John Hartman, a Canadian painter, to the Art Gallery of Nova Scotia. Waugh said the donation "offered a unique way for us to create a permanent tribute to Halifax, Scotiabank's city of origin, and all of the communities in which we share a long and rich history."

Market expansion -- at home and abroad
Throughout 2008 and 2009, Scotiabank CEO Rick Waugh continued to expand Scotiabank's overseas reach. In October 2008, Scotiabank bought Sun Life Financial's stake in CI Financial Income fund for C$2.3 billion, giving Scotiabank a 37.6 percent stake in CI, the No. 3 mutual fund company in Canada. A few months earlier, in July 2008, Scotiabank agreed to buy the Canadian operations of E*Trade Financial Group from the U.S.-based E*Trade for $442 million, expanding Scotiabank's wealth management business and adding 125,000 active accounts to its stable. E*Trade Canada had 190 employees and C$4.7 billion in assets under administration at the time of the deal.

In May 2008, Scotiabank bought Banco del Trabajo, then the ninth-largest commercial bank in Peru. And in February 2008, Scotiabank acquired Banco de Antigua in Guatemala and select assets of Banco de Ahorro y Credito Atlas Cumbres in the Dominican Republic. Banco de Antigua had 47 branches and 98 "rapidito" kiosks at the time of the deal, and had 160,00 clients with $82 million in assets under management. Banco de Ahorro y Credito had six branches and 35 kiosks, and served some 39,000 clients; it had $29 million in assets under management. Scotiabank also recently starting working out of offices in Russia and Turkey.

By mid-2009, according to Bloomberg, Scotiabank had spent more than C$2 billion to acquire foreign banks and lenders during Waugh's tenure.

Down South
Scotiabank maintains six locations in the U.S. -- Atlanta, Chicago, New York, San Francisco, Houston and Portland -- from which it caters to large, national and multinational corporations through its subsidiary, Scotia Capital. Scotia Capital has operated in the U.S. for more than a century, overseeing the bank's global relationships with large corporate, institutional and government clients. The subsidiary specializes in syndicated lending, corporate debt and equity underwriting, mergers and acquisitions, fixed income and institutional equities sales and trading, foreign exchange, derivatives, and precious metals products and services.

Praise for superiors
It seems as though employees (mostly) love their managers. Insiders say, "There is great respect from my superiors and the feelings are mutual," even though "communication can be at times removed and greater presence amongst staff would go a long way." For the most part, though, employees report being "very pleased" and say "respect, encouragement and mentoring are all alive and well." Offers one staffer, "We are a family here, and since each of us has ups and downs, we don't take it personally. But if something is wrong, it is usually taken to management, and then it's taken care of with delicate understanding."

Fancy pants
While the firm's official policy on dress leans toward business casual with casual Fridays, there seems to be an insider consensus toward keeping things a little more elegant. "I am more comfortable with more formal dress," admits one insider. Another employee agrees, noting that while "sometimes summer dress is a little more casual," dress shouldn't swing toward overly casual. "I don't think jeans are appropriate."

Could stand an upgrade
Generally, respondents aren't delighted with the state of their office space. One says the offices are "a little noisy at times as we work in an open-concept environment," while another complains about the office being housed in a "very old building where ventilation is difficult and fluctuates." And one contact complains that there are no ceilings in the offices that are "right beside teller line -- there's a lack of overall privacy."

The firm's training programs receive meager marks from sources as well. Scotiabank gave "no training at all when I was promoted to my current position," reports one contact. Another adds that the bank's "formal program is a little weak," although "informal and formal coaching is very strong.""

Receiving recognition
The firm is "all-inclusive" and offers "equal opportunity to women and men," insiders report. And those outside Scotiabank seem to agree as well. The firm was honored with the 2007 Catalyst award for their "Advancement of Women" initiative. Presented to just a few companies per year, the award singles out efforts toward developing women's careers.

Scotiabank's recruitment and retention of ethnic minorities receive high marks, though employees don't seem to recall an official company policy regarding gays and lesbians. "My location is rural, and clients are conservative," says one insider. "However, I have never felt my firm has any opinion on gays and lesbians. It's just not an issue."

Another employee working in Calgary is stunned by the diversity within the company. "The diversity in our branch alone is amazing and truly reflective of Canada as a global melting pot. We have employees from countries like Ethiopia, India, Ukraine, Denmark, Philippines, South Korea, Vietnam and Zimbabwe." And "being as diverse as our branch is, we're always learning more about each other through social events and pot-luck lunches."