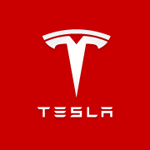 Founded in 2003, the company designs, develops, manufactures, and markets high-performance, technologically advanced electric cars and solar energy generation and energy storage products. Tesla sells more than five fully electric cars, among others, the Model S sedan and the Model X SUV, and the Model 3 sedan, which is among the world's top-selling electric cars. The fuel-efficient, fully electric vehicles recharge their lithium-ion batteries from an outlet. Tesla's Autopilot self-driving technology hardware has been available on all Tesla models since late 2016. US customers generate more than half of Tesla's sales. CEO Elon Musk cofounded PayPal and also runs SpaceX.

The automotive segment generates about 85% of sales. The segment includes sales and leasing of electric vehicles as well as sales of automotive regulatory credits. Its other electric vehicles are: Model Y, Cybertruck, Tesla Roadster and Tesla Semi. Additionally, the segment is also comprised of services and others. It accounts almost 10% of sales and includes non-warranty after-sales vehicle services, sales of used vehicles, retail merchandise, sales by the acquired subsidiaries to third party customers and vehicle insurance revenue.

Tesla, headquartered in Palo Alto, California, operates manufacturing facilities in Fremont, and Lathrop, California; Tilburg, the Netherlands; and its Gigafactories near Reno, Nevada, Buffalo, New York, Berlin, Germany and Shanghai, China. Energy storage products are manufactured at its Gigafactory Nevada. Solar products are made primarily at Tesla's Gigafactory in Buffalo, New York. The US accounts for more than 50% of sales. Other markets for which the company breaks out sales include China (over 10% of sales), Netherlands (more than 5%) and Norway (about 5%). The remainder is generated by other countries for about 25% of sales.

Tesla markets and sells cars directly to consumers through website and an international network of company-owned stores and galleries. Tesla is notable in that it does not use dealerships (due, in some states, to legal restrictions). The company also offers used vehicle business that supports new vehicle sales by integrating sales of new Tesla vehicle with customer's trade-in needs for their vehicle. The company continuously builds networks of Supercharger and Destination Charging stations in Australia, Canada, China, France, Germany, Italy, Japan, Russia, South Korea, U.A.E., U.K., U.S. and in approximately more than 40 countries that provides fast, convenient charging locations for Tesla owners to recharge their vehicles.

The company's solar energy and storage products are typically sold directly to residential customers through the company's stores and galleries, and through channel partners domestically. An international sales organizations and network of channel partners market and sell Powerwall directly to utilities, Powerpack and Megapack systems to commercial and utility customers.

Tesla's revenue growth has accelerated like its first car, the Roadster sportscar (0-60 in 1.9 seconds), driven by the rising number of vehicles sold each year. Between 2015 and 2019 sales have grown a whopping 507%. The company, however, has posted a string of net losses as it pours money into research and development and manufacturing.

Cash at the end of 2019 was $6.8 billion, an increase of about $2.5 billion from the prior year. Cash from operations contributed $2.4 billion to the coffers, while investing activities used $1.4 billion, mainly for capital expenditures. Financing activities generated $1.5 billion, primarily in the form proceeds from issuances of convertible and other debt.

To help meet that goal and ramp up sales in overseas markets, Tesla's Gigafactory 3 in Shanghai, China began building cars in late 2019. Model 3s rolling out of Gigafactory 3 is pivotal to Tesla's play in the world's largest electric car market and will help it gain ground in China while avoiding import tariffs. Shortly after the opening of Gigafactory 3, Tesla announced it would build its next Gigafactory in Germany outside Berlin. A manufacturing base in Germany is expected to avoid the complications of exporting cars to Europe.

Tesla is also busy advancing its autonomous car technology. The company's Autopilot driver assist system includes auto-steering, traffic-aware cruise control, automated lane changing and other features that together offer a complete self-driving experience while keeping the driver in ultimate control of the car.

In late 2019, Tesla acquired Canada-based Hibar Systems Ltd., a manufacturer of battery systems for electric automobiles, laptops, and other products. Industry watchers believe the deal is part of Tesla's strategy to establish its own battery cell manufacturing capacity.

In early 2019, Tesla acquired energy technology company Maxwell Technologies, Inc. in an all-stock deal valued at more than $200 million. Maxwell, based in San Diego, California, develops and makes ultracapacitors, devices that can store and quickly deliver surges of energy. Tesla would use Maxwell's dry electrode technology that will have a very big impact to the company.

Tesla Motors is named for Nikola Tesla (1856-1943), the renowned Serbian-American engineer and inventor. Tesla Motors was incorporated in July 2003.