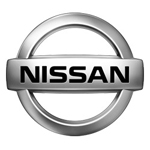 A well-known name with a strong line-up of vehicles

Nissan has a lot going for it, including a large global footprint, but it also has plenty of challenges, especially yen valuation and formidable competitors.

gets where it's going in North America through Nissan North America. With plants in the US and Mexico, Nissan North America designs, engineers, and produces vehicles under such popular models as Altima, Maxima, Pathfinder, Quest, Frontier, Murano, Sentra, Titan, and Xterra. It also provides marketing, financing, distribution, and services in Canada, Guam, Mexico, Puerto Rico, and the US, and it oversees sales of Nissan's luxury Infiniti brand of cars in North America. Through , the company distributes and sells Nissan's electric and gasoline-powered forklifts.

Nissan North America is based in Franklin, Tennessee. Nissan's three US production plants reside in Smyrna and Decherd, Tennessee; and Canton, Mississippi; it also has a plant in Mexico. The company serves customers in the US, Canada, Mexico, Puerto Rico, and Guam.

Through its Fleet Sales operations, Nissan North America sells its 11 different brands of Nissan vehicles through a network of 1,100 dealers in the US. The company's Canada-based operations have four regional offices and 148 Nissan and 22 Infiniti dealerships nationwide.

Parent company earned about 50% of its net sales in 2014 from its North American operations, as the company's sales volumes grew to 1.83 million units amid strong demand for the new Rogue and the Altima.

The deep pockets of the company's parent and its alliance with have allowed Nissan's businesses to continue to expand geographically and technologically. The Renault-Nissan Alliance was forged in order to take advantage of the synergies between the two companies. The partnership also allows them the opportunity to tackle capital intensive projects, such as electric vehicles, that they would otherwise not be able to afford separately.

One of the premiere projects for the Alliance is its 100% electric, zero-emission vehicle. Intent upon putting a dent in 's Prius market share, the company selected Nissan North America's plant in Smyrna, Tennessee, as the production site for Nissan's LEAF zero-emission vehicle. The supported the green effort by providing low-interest loans to Nissan North America to retool the Smyrna factory.

Nissan North America in 2012 announced it would produce an all-new 2013 Nissan Sentra line of compact cars and a redesigned 2013 Pathfinder SUV. Also that year, it divulged plans to construct a $2 billion manufacturing facility in Aguascalientes, Mexico to support the company's growth strategy. The new facility, which fortifies Nissan's two existing Mexican manufacturing plants and was launched in late 2013.

Nissan North America was formed in 1990 to coordinate the company's US, Mexico, and Canada operations.