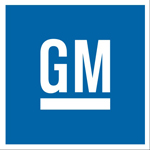 General Motors is a household name with well-known brands, such as Buick, Cadillac, Chevrolet, and GMC.

The firm recently returned to profitability for the first time since 2004.

A recently ratified contract with the UAW was considered favorable to GM, which expects to see labor costs increase by only 1 percent annually.

GM isn't doing as well as it would like to in Europe and China.

Stiff competition from domestic and Japanese auto makers during a period of global economic sluggishness.

With 202,000 employees on six continents, General Motors is still a giant among companies. However, questions remain over its positioning relative to industry rivals as it seeks regain the confidence of car buyers and investors.

General Motors (GM), one of the world's largest auto manufacturers, makes and sells cars and trucks worldwide under well-known brands such as Buick, Cadillac, Chevrolet, and GMC. Business divisions GM North America and GM International handle the automotive end of the business while General Motors Financial Co. provides financing services. Looking toward the future of transportation, the company is investing in developing electric vehicles and autonomous vehicles, and it has established a ride-sharing service dubbed Maven. GM's biggest single market is the US, which accounts for about 80% of sales.

GMNA generates more than 75% of revenue and manufactures vehicles marketed under the Buick, Cadillac, Chevrolet, and GMC brands. GMI (almost 15% of sales) sells these same brands to customers outside North America with the addition of the Holden lineup of vehicles. The company also has ownership stakes in companies in China, where vehicles are also made and sold under the local Baojun, Buick, Cadillac, Chevrolet and Wuling brands.

Headquartered in Detroit, GM has more than 100 locations in the US engaged in manufacturing, assembly, distribution, warehousing, engineering, and testing. It has locations with similar functions in more than 30 other countries. Its major facilities outside the US are in Argentina, Brazil, Canada, China, Colombia, Ecuador, South Korea, and Mexico.

GM Financial operates at nearly 45 locations globally. Around 30 are in the US. The US generates about 80% of GM's overall revenue.

GM's cars and trucks are marketed and sold through a network of approximately 12,600 independent distributors, dealers, and authorized sales, service, and parts outlets all over the world. Vehicles are also sold directly to fleet customers, including rental car companies, commercial fleet customers, leasing companies, and governments.

Cash from operations contributed $15 billion to the coffers, while investing activities used $10.9 billion, mainly for purchases of property and leased vehicles and investments in securities. Financing activities used another $4.7 billion for dividends to stockholders and payments of debt.

One of GM's long-term strategy is to reduce petroleum consumption and GHG emissions by investing in the development of its hydrogen fuel cell technology. This initiative will help the company identify consumer and infrastructure needs to understand the business case for potential production of vehicles with this technology.

The Company is also focusing on the production and manufacture of electric vehicles that they envision to be increasingly important to their business. GM is committed to an all-electric future. Its next-generation vehicle technology will be launched in the new Cadillac EV scheduled to debut in 2022. It's also exploring lightweighting its new transmission systems and engines.

GM views Chinese market as important to their global growth strategy and are employing a multi-brand strategy led by its Buick, Chevrolet and Cadillac brands. In the coming years the Company plans to leverage its global architectures to increase the number of product offerings under the Buick, Chevrolet and Cadillac brands in China and continue to grow its business under the local Baojun and Wuling brands, with Baojun focusing its expansion in less developed cities and markets. The Company operates in the Chinese market through a number of joint ventures and maintaining strong relationships with its joint venture partners is an important part of its China growth strategy.

In the early years of the auto industry, hundreds of carmakers each produced a few models. William Durant, who bought a failing Buick Motors in 1904, reasoned that manufacturers could benefit from banding together and formed the General Motors Company in Flint, MI in 1908. In 1909, GM purchases Cadillac, AC Spark Plug, and Rapid Motor Vehicle Company. It later developed the General Motors Truck Company (which later became GMC), Chevrolet Motor Company of Michigan, General Motors Export Company, and general Motors of Canada.

After the stock market crash of 1929, GM bought out the Fokker Aircraft Company and the General Motors Aviation Company was launched. During WWII, the company began making military vehicles including trucks, guns, airplane engines, airplanes and parts, tanks, and shells among other products. It also provided the mobility system for the Lunar Roving Vehicle during the 1971 Apollo 15 space mission to the moon.

General Motors has manufactured some of the most popular vehicles ever made including the Cadillac, Corvette, El Camino, Malibu, and Camaro. The auto giant went through a six-week period of bankruptcy protection in 2009. GM was split into two companies when it emerged from Chapter 11 — General Motors and Motors Liquidation (the name for leftover assets). In 2011 Motors Liquidation sold the majority of its assets, which encompassed almost 90 industrial sites in 14 states, which cleared the way for GM bondholders to receive stock in the new company.