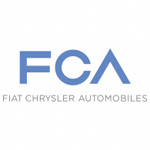 With CEO Sergio Marchionne at the helm, Chrysler is writing an impressive turn-around story, but there are worries about the company's merger with its majority shareholder, Italian auto maker Fiat SpA – a strategy that is unproven in the auto industry.

About FCA US LLC

As the North American arm of Fiat Chrysler Automobiles, FCA US LLC manufactures a range of vehicles under its Fiat and Chrysler brands, including Jeep, Ram, Dodge, Alfa Romeo, and Abarth at 45 plants in the US and Mexico. It ships about 2.5 million vehicles every year. It also features its parent's trademarked MOPAR (MOtor PARts) automobile parts and service brand which carries more than 500,000 parts, options, and accessories for vehicle customization.

FCA owns or leases more than 30 production plants in the US, two-thirds of which are in Michigan. Around a ten more are located in Mexico.

FCA sells its products primarily to dealers in its dealer network for sale to retail customers and fleet customers.

Revenues for FCA's NAFTA region increased to €72.4 billion in 2018, up almost 10% from €66.1 billion in 2017. The increase in 2018 was mainly due to higher volumes and a positive product mix, as well as positive net pricing, partially offset by the negative effect of foreign currency translation. In the US, FCA reported the highest retail sales in 17 years.

Vehicle shipments also rose by close to 10% primarily driven by the new Jeep Wrangler and Ram 1500 models, as well as increased shipments of new Jeep Cherokee and Jeep Compass vehicles.

With the success of its Jeep and Ram brands and a continued shift in demand towards trucks and SUVs, FCA US has completed the bulk of a capacity realignment program in its manufacturing operations in the NAFTA region.

FCA also aims to pursue further development of electric vehicles. By 2022, its goal is for 20 percent of its overall fleet (including commercial vehicles) to be fully electric, primarily with plug-in
systems, and 15 percent to be equipped with hybrid systems.

When the Maxwell Motor Car Company went into receivership in 1920, a bankers' syndicate hired Walter Chrysler, former Buick president and General Motors VP, to reorganize it. Chrysler became president in 1923 and in 1924 introduced his own car, the Chrysler, which borrowed from WWI aircraft in the design of its six-cylinder engine. The next year Chrysler took over Maxwell and renamed it after himself.

In 1928 the company acquired Dodge and introduced the low-priced Plymouth and the more luxurious DeSoto. Its research and development budget never decreased during the Depression, and innovations included overdrive and a three-point engine suspension on rubber mountings. In 1933 Chrysler's sales surpassed Ford's, and two years later Walter retired.

Chrysler misjudged customer demands in the 1960s, when it introduced small cars, and in the 1970s, when it maintained production of large cars, resulting in massive losses. Facing the prospect of bankruptcy, Chrysler negotiated $1.5 billion in loan guarantees from the federal government and brought in Lee Iacocca, former Ford president (and the man behind the Ford Mustang), as CEO in 1978.

Iacocca became one of the most visible CEOs ever, appearing in TV commercials, publishing his autobiography, and making an issue of Japanese trading practices. Chrysler reorganized, closed several plants, and cut its workforce; by 1983 it had repaid all guaranteed loans, seven years ahead of schedule. The next year it introduced the first minivan.

Decades later, in the midst of the Great Recession, Chrysler started its rebound from Chapter 11 bankruptcy in 2009 once the US Bankruptcy Court gave its approval for the company to merge its assets with those of Fiat. With no cash changing hands, Fiat initially took a 20% equity stake in Chrysler with a plan to increase its share as Chrysler reached certain performance levels. Adhering to this plan, Fiat eventually increased its stake to nearly 62% in mid-2012.