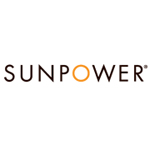 One of the largest producers of solar panels, cells, and energy systems, with operations around the world.

Workdays can be long.

SunPower is one of the most recognizable names in the solar power industry, and a stint here looks good on a jobseeker's resume.

SunPower is all about being a stellar provider of solar energy. The company makes solar panels and systems under the SunPower, Equinox, and Helix brands, among others. Its solar panel brands are the P-Series and A-Series. SunPower sells its products to dealers, distributors, and system integrators for use by residential, commercial, government, and utility customers around the world. The company is the top provider of solar technologies for the commercial market in the US. While the company has offices across the globe, nearly 70% of revenue comes from customers in the US. SunPower was founded in 1985, and French energy company TOTAL SA bought a majority interest in 2011.

Energy Services, which accounts for about half of revenue, is SunPower's downstream business for its residential and commercial sales in North America. Its Equinox residential market product is an integrated solar platform using the company's Maxeon cells, an alternating current (AC) microinverter, and EnergyLink monitoring hardware that combines solar power production and energy management.

For the commercial market, SunPower offers the Helix system, a pre-engineered, modular product that combines the company's solar module technology with integrated plug-and-play power stations, cable management systems, and mounting hardware. The Helix platform is bundled with SunPower's Smart Energy software analytics, which provides customers with information about their energy consumption and production.

The Technologies segment, also about half of revenue, is the company's upstream business. Within the segment, the SunPower Solutions division offers products and services to utility-scale photovoltaic customers around the world. The division sells the company's P-Series, Maxeon 2, and Maxeon 3 panels to non-US customers. It also offers solar panels, project development services, and financing.

San Jose, California-based SunPower's sales are heavily weighted toward the US, which generates about 70% of sales. Customers in Japan account for about 5% of sales and the rest of the world provides the rest.

The company has manufacturing operations in the Philippines, Mexico, France, and Malaysia, and it maintains offices around the world.

SunPower's large-scale solar products and systems are sold through its own direct sales force; solar equipment for residential and commercial customers is also sold directly, as well as through a dealer network.

SunPower's biggest customers are Actis GP, 8point3 Energy Partners, and Southern Renewable Partnership, which together account for about 10% of sales total . Other customers include Macy's, Target, Toyota, Walmart, and Whole Foods Markets.

After peaking at about $3 billion, SunPower's revenue has fluctuated in recent years while trending lower and it has posted a net loss for the past four years.

In 2018, sales slipped about 4% to $1.7 billion from 2017, due to the company's decision to stop development of large-scale solar power projects. The move reduced sales of the Technologies segment in US and Asia. The SunPower Energy Services segment's sales increased due to capital leasing under the residential leasing program within the US as well as stronger sales of solar power systems and components to residential customers in all regions, and stronger sales of commercial solar power projects in all regions.

SunPower's loss fell to $811 million in 2018 down $118 million from the previous year's loss through operating lower costs.

SunPower has about substantial indebtedness, about $900 million, which could reduce the amount of cash it has for working capital, capital expenditures, project development, and acquisitions. The company's interest expense was $108 million in 2018 compared to $90 million in 2017 and $62 million in 2016.

SunPower divested several operations to clarify its product portfolio and reduce costs. In a series of sales, the company sold the power plant development business to Clearway Energy Group, its stake in a joint venture Yieldco with First Solar to Capital Dynamics, and its microinverter business to Enphase Energy. The moves reduce the company's capital requirements and should increase cash flow through steadier equipment sales.

SunPower is focusing on expanding its position in higher margin, higher-growth global distribution generation (DG) markets. The company believes that its products will enable it to charge premium prices compared to competing products.

The company plans to ramp up production of its lower cost high-performance Next Generation Technology (NGT) offerings. SunPower's Maxeon Gen 5 technology provides strong solar cell performance at a lower cost. It is building a second manufacturing line for the Maxeon Gen 5 line, which will expand its NGT capacity to more than 250 megawatts.

After higher tariffs cost the company about $46 million in 2018, SunPower won an exclusion that should benefit the company in 2019. SunPower also bought SolarWorld Americas' manufacturing facility in Hillsboro, Oregon to increase its production capacity in the US.

SunPower's 2018 deal for SolarWorld Americas production plant was driven by tariffs on imported solar panels. SunPower uses the manufacturing capacity in Hillsboro, Oregon to make solar panels for the US market.

Dr. Richard Swanson founded SunPower in 1985 to develop and commercialize high-efficiency solar cell technologies. Cypress Semiconductor bought the company in 2004 and spun it off in an IPO the next year, while maintaining a majority stake. Cypress sold its stake in SunPower in 2008. French energy company TOTAL bought a controlling stake in SunPower from shareholders in 2011.