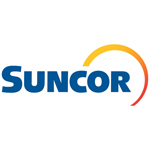 ots of paid time off

Long hours for many employees

Bitter cold in Alberta in the winter

Suncor Energy is large and stable and pays well, but employees grumble a lot about management.

Suncor Energy takes a shine to the cold of Canada. That country's largest energy firm explores for, processes, and markets oil and natural gas. In 2015 it reported gross proved and probable reserves of 7.6 billion barrels of oil equivalent. Suncor Energy was first company to produce commercial crude oil from Canada's Athabasca oil sands. Its Sunoco unit refines crude oil and processes and distributes fuels, petrochemicals, and heating oils, invests in renewable energy and operates a network of gas stations. In 2016 Suncor Energy acquired rival . Already a stakeholder, that year it also agreed to buy a majority stake in Canada's primary oil sands project, .

Suncor Energy is one of Canada's largest oil sands producers. It oil sands assets include a 36% interest in the Joslyn North mine, 41% in the Fort Hills mine, and 51% of the Voyageur upgrader project, as well as a 12% stake in the oil sands mining venture.

The company also has conventional natural gas assets as well as international and offshore oil exploration and production holdings. In addition to its production, refining, and marketing operations across Canada (and in Colorado) the company has exploration assets in Libya, Norway, Syria, and the UK.

The company has four refineries (in Alberta, Ontario, Quebec, and Colorado -- 460,000 barrels of combined capacity per day) and a network of 1,460 Petro-Canada retail gas stations.

Its Renewable Energy interests include seven wind facilities across Canada, including Adelaide which is the most recent addition to the portfolio, and the St. Clair ethanol plant in Ontario. An eighth wind farm, Cedar Point, is planned to commence commercial operations later in 2015.

Suncor's Energy Trading activities primarily involve the marketing, supply and trading of crude oil, natural gas, power and byproducts, and the use of midstream infrastructure and financial derivatives to optimize related trading strategies.

The company has operations in Canada, Germany, Libya, the Netherlands, Norway, Syria, the UK, and the US. In 2012 Canada accounted for 79% of Suncor Energy's revenues.

The company's primary markets for synthetic oil and bitumen production from Suncor's Oil Sands segment, which is sold to and subsequently marketed by Suncor's Energy Trading business, include refining operations in Alberta, Ontario, the US Midwest and the U.S. Rocky Mountain regions and markets in the US Gulf Coast. Diesel production from upgrading operations is sold primarily in Western Canada, marketed by Suncor's Refining and Marketing business.

In 2014 the company's revenue increased by 1%due to increase revenue from the oil sands business. Oil Sands operations increased production by 8% in 2014 compared to 2013, driven primarily by increased Firebag production.

Suncor's net income decreased by 31% in 2014 due to higher operating expenses as a result of higher depreciation and exploration costs.

The company's operating cash inflow decreased by 12% in 2014 primarily due to a decline in net income and a change in working capital items.

To raise cash, in 2017 Suncor sold its Petro-Canada Lubricants business to for about C$1.1 billion.

In 2014 the company agreed to sell the assets of Pioneer Energy to Parkland Fuel Corporation for $378 million.

It also agreed to sell its Wilson Creek assets located near Rimbey, Alberta to Tamarack Acquisition Corp for $168.5 million.

In 2015 the company agreed to purchase an additional 10% working interest in the Fort Hills oil sands project from Total E&P Canada Ltd., for $310 million. As part of the transaction, Suncor acquires a further proportionate interest in Fort Hills related logistics, including pipelines, storage terminals and third-party pipeline capacity agreements. The acquisition of the additional working interest also presents an opportunity for Suncor to lower its capital cost per barrel and enhance its projected return on the Fort Hills project

To focus on its growth markets and to pay down debt, in 2013 the company agreed to sell its conventional natural gas business in Western Canada to a and partnership for $1 billion.

To further develop its oil sands assets, in 2010 the company formed a strategic alliance with . As part of the deal, France-based TOTAL paid Suncor Energy about $1.7 billion to acquire 19% of Suncor Energy's 60% interest in the Fort Hills mining project and a 49% stake in the Voyageur Upgrader project near Fort McMurray. Suncor Energy acquired about 37% of TOTAL's stake in the Joslyn project.

Boosting its profile as an integrated energy company, in 2009 the company acquired in a $15 billion deal. The acquisition created an energy behemoth with extensive holdings in oil sands, solid conventional exploration and production assets, and a major refining and retailing network. Following the Petro-Canada deal the company divested about $1.5 billion of non-core assets in Western Canada, the US, Trinidad and Tobago, and the North Sea. In 2010 Suncor Energy sold its North Sea exploration assets (of Petro Canada Netherlands) to for $393 million. Later that year it sold a pair of natural gas properties in Alberta to a subsidiary of for $285 million. It also sold its Wildcat Hills assets, which produce some 80 million cu. ft. of natural gas per day, to Direct Energy for about $360 million.