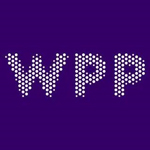 Once upon a time WPP sold wiring and plastics products, but now it's the world's largest marketing and advertising agency. The company operates through more than 3,000 offices in upwards of 112 countries, and works with some 350 of the Fortune 500 Global Companies, among others. Its advertising agency networks, including , , , and , offer creative campaign development and brand management services. WPP's holdings also include public relations firms, media buying and planning agencies, and many specialized marketing and communications units. In addition, its division is one of the world's leading market research organizations.

The Advertising segment produces advertising content across essentially all sectors, such as television, internet, radio, magazines and newspapers. The segment also includes GroupM, which is WPP's media investment management operation and is the largest global player in its field; GroupM boasts that it serves one in three adverts globally. In 2019 the WPP agreed to sell a 60% stake in marketing data consultancy Kantar to Bain Capital for proceeds of about $3.1 billion.

WPP's Data Investment Management segment is organized under the Kantar Group umbrella, which comprises 12 specialized operating brands that together aim to offer a complete view of consumers. Public Relations offers advice to clients looking to communicate to customers, governmental bodies, and other businesses. Lastly, the Branding & Identity segment offers branding and design services; marketing solutions for healthcare firms; and a range of specialist and customer services, including for sports, youth and entertainment marketing.

WPP has a worldwide reach and operates out of upwards of 3,000 offices in 112 countries. North America (mostly the US) is the company's most valuable region by revenue at around 37% of total; the UK and Western Continental Europe pull in approximately 34%. The Asia-Pacific region, Latin America, the Middle East and North Africa and Eastern Europe make up the rest.

The company generated revenue of more than $1 billion in five markets: the US, the UK, Germany, Australia/New Zealand, and Greater China.

Note: Growth rates may differ after conversion to US Dollars.

Total revenue in 2015 was up on prior year by 6% to £12.2 billion, after taking into account headwinds from foreign currency movements - the strength of the pound against the euro detracted from revenue by 1.4%. This was the fifth consecutive year of record sales. The strongest growth was in the Advertising and Media Investment Management segment, which grew by £400 million. The second-largest segment, Branding & Identity, brought in £3.3 billion. Factors behind the year's strong results include an industry-leading performance in winning new business and customer retention, as well as greater focus on emerging markets.

By region, North America generated sales of £4.5 billion - representing growth of around 15%. Western Continental Europe was the only region to see sales fall in 2015, down nearly 6% on prior year to £2.4 billion - this was due to a poor macroeconomic climate and unfavorable currency movements.

Net income was up to £1,245 for the year. Factors in this include exceptional gains of £296 million in 2015, which came from the sale of Kantar's internet measurement business and WPP's stakes in e-Rewards and Chime Communications. On the other hand, WPP incurred £106 million in restructuring costs, almost half of which was severance-related from the Data Investment Management business in Western Continental Europe.

The company's cash flow from operating activities fell from £1,703 million in 2014 to a still-considerable £1,360 million.

WPP strategy comprises four key tenets: 'horizontality', which means closer links between the various WPP businesses via global client leaders and regional, sub-regional and country managers (there are 45 cross-group client teams today, up from 10 in 2010); a concerted effort to increase emerging market revenue to 40-45% of total sales (currently at 19%, up a point since 2010); a focus on expanding new media to 40-45% of revenue (currently at 38%, up 9 points since 2010); and hold firm in the more measureable marketing services, such as Data Investment Management, at 50% of revenue.

WPP aims to increase flexibility in cost structure, particularly in staffing costs, in order to mitigate against WWP's vulnerability and overreliance on large clients (the company's 10 largest customers account for 16% of revenue in 2015), which can scale back marketing budgets at short notice.

Acquisitions are a big part of WPP strategy, particularly as a means to access new markets. Of the 52 new acquisitions in 2015, 18 were in new markets and 37 in quantitative and digital. This was in line with the company's drive to expand the share of revenue in the Asia-Pacific region, Latin America, Eastern Europe and the Middle East and Africa to 40-45%, and in new media to 40-45% also.

WPP has long been exceptionally active on the acquisition front, and 2015 was no exception - indeed it was among the industry's most prolific acquirer for the year. The group made 40 acquisitions to a sum of £693.1 million, up 40% on 2014's £495 million (although down in number from 52). The most notable acquisition includes GroupM's purchase of a majority stake of Essence, the world's largest independent buyer of digital media, alongside a number of bolt-ons such as ABS Creative (€2.8 million revenue in 2015), Webling Interactive (A$4.4 million), and WANDA Digital ($3.4 million). Emerging market acquisitions include nudeJEH in Thailand and Ideal Group and Jüssi Intention Marketing in Brazil.