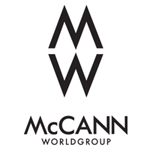 Not as agile as small start-ups

McCann Worldgroup is an advertising powerhouse, with offices around the world and opportunities to work with major clients.

The Interpublic Group of Companies (IPG) is one of the world's largest advertising and marketing services conglomerates. The company has offices in more than 100 countries from which it operates three global networks that provide integrated, large-scale advertising and marketing services: McCann Worldgroup; Foote, Cone & Belding (FCB); and MullenLowe Group. IPG Mediabrands is the global media and data arm of IPG and includes the UM and Initiative agencies. The firm also has agencies that specialize in certain practice areas, such as Octagon (sports, entertainment, and lifestyle marketing) and MRM//McCann (digital services). The US is IPG's largest market.

Based in New York City, Interpublic (IPG) operates through offices in more than 100 countries. The US contributes about 60% of sales, while Europe generates more than 15% and Asia/Pacific accounts for about 10%. The remainder comes from Latin American and other regions.

Throughout the five-year period ending in 2019 Interpublic (IPG) reported year-over-year revenue and net income increases for the most part, except for 2017, when the company cited unrest in the industry—such as changing consumer behaviors and marketers' new business models—resulting in slower growth that year.

IPG reported $10.2 billion in revenue for fiscal 2019, up from $9.7 billion in 2018. The increase was attributable to a combination of net client wins and net higher spending from existing clients. Clients in the consumer packaged goods, healthcare, retail, and auto sectors helped drive the growth.

Interpublic's (IPG's) holding company structure allows it to maintain a diversified client base across a range of sectors; however, it operates in an industry where media channels continue to fragment and clients face an increasingly complex consumer environment. To stay ahead of these challenges the firm has been investing in creative and strategic talent in digital services, data-driven marketing, and high-growth geographic regions.

Standard Oil advertising executive Harrison McCann opened the H. K. McCann Company in 1911 and signed Standard Oil of New Jersey (later Exxon) as his first client. McCann's ad business boomed as the automobile became an integral part of American life. His firm merged with Alfred Erickson's agency (created 1902) in 1930, forming the McCann-Erickson Company. At the end of the decade, the firm hired Marion Harper, a top Yale graduate, as a mailroom clerk. Harper became president in 1948 and began acquiring other ad agencies.

By 1961 Harper controlled more than 20 companies; that year he unveiled a plan to create a holding company that would let the ad firms operate separately, allowing them to work on accounts for competing products, but giving them the parent firm's financial and information resources. He named the company Interpublic Inc. after a German research company owned by the former H. K. McCann Co. The conglomerate continued expanding and was renamed The Interpublic Group of Companies in 1964. The company went public in 1971.