Why You're Not Reaching Your Potential 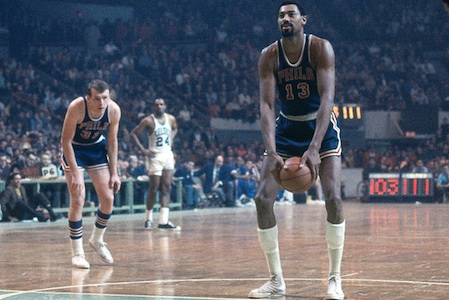 Best-selling author Malcolm Gladwell is on mission to uncover the secrets to greatness; he's also on a mission to help us uncover our own greatness. At least, that's how I read a lot of his work. Gladwell, a New Yorker contributor whose most well known books include Blink, Outliers, and David and Goliath, recently unveiled a new project: a podcast entitled Revisionist History. In each installment of the podcast, Gladwell "will go back and reinterpret something from the past: an event, a person, an idea. Something overlooked. Something misunderstood." And in the most recent installment, Gladwell goes back to March 2, 1962, when NBA Hall of Fame basketball player Wilt "the Stilt" Chamberlain scored 100 points in a single game, a feat that's never been equaled.

What Gladwell says impresses him so much about Chamberlain's record-setting performance is not the 100 point total itself but the fact that Wilt made 28 of his 100 points from the free throw line. Which was another record that's never been broken (no player has ever made 28 free throws in a regular season NBA game). Why Gladwell was so impressed was because Chamberlain was a terrible free throw shooter. At least, before the season when he famously scored 100 points he was. Before that season, Wilt was a 50 percent free throw shooter (meaning he made, on average, 5 of 10 shots from the free throw line). But during the season of his record, he was more than a 60 percent free throw shooter. So why was he so much better that season? He changed the way he shot free throws, Gladwell explains, from the typical over-the-head shot that all players use now to the underhanded shot (often called the "granny shot"). Here's Gladwell talking about the change in Wilt's game:

Let's think about what he did for a moment. Chamberlain had a problem. He tested out a possible solution. The solution worked. And all of a sudden he's fixed his biggest weakness as a player. This is not a trivial matter. If you're a basketball player and you can't hit your free throws, you're an incredible liability to your team, particularly at the end of close games. The other side simply fouls you every time you touch the ball because they know you're going to miss your free throw and they'll get the ball back. If you can't hit your foul shots, it means you can't be used in a tight game. You know what Chamberlain's coach said to him about his free throws? 'If you were a 90 percent free throw shooter, we might never lose.'

And what happened next made an even stronger impression on Gladwell. The following season, Wilt went back to shooting free throws his old way, and went back to being a very poor free throw shooter (a few years after his 100-point game, he shot 38 percent from the free throw line). Here's Gladwell on this change to Wilt's game:

Chamberlain had every incentive in the world to keep shooting free throws underhanded … and he didn't! I think when people don't do the thing they ought to do, we assume it's because of ignorance. This is not that. This is doing something dumb even though you're fully aware that you're doing something dumb. By the way, there were countless players like Chamberlain who could've been transcendent, devastating, if only they'd been open to taking foul shots a different way.

Enter Rick Barry. If you're an NBA aficionado (or over the age of 47), you know that Rick Barry is one of the best shooters to ever play in the NBA. You also know he's well known for showing (and according to Gladwell, proving) that underhanded is the superior way to shoot foul shots. Barry was a 90 percent free throw shooter, and in the podcast, Gladwell gets him to explain all the reasons why the shot is superior (hint: it's all physics). Of course, like he does in much, if not all of his work, Gladwell is merely using a specific example (in this case, the NBA foul shot) to get at something more universal. Gladwell again:

Here's why I went all the way to South Carolina to talk to Rick Barry. Not because I'm obsessed with basketball (although, I am) but because the strange story of the underhanded free throw is a really good way of thinking about something that has always puzzled me: Why do some good ideas spread and others go nowhere?

We like to think that good ideas will spread because they're good, because their advantages are obvious, but that's plainly not true. So why don't they? Or to put it another way, what is it about Rick Barry that allowed him to shoot this way? And what is it about Wilt Chamberlain and all the others that made them resist?

What Gladwell ultimately uncovers, like a lot of his discoveries, is fascinating, and its implications are far reaching and might very well affect all of us in one way or another.

What Gladwell finds at first perhaps isn't all that surprising (you probably guessed it): The reason why Chamberlain stopped shooting underhanded, and why no other player in the NBA now or since has taken up this superior approach to the free throw, is they don't want to be considered "a sissy." The shot isn't called a granny shot for nothing. And many think it looks ridiculous. In fact, Chamberlain wrote in his autobiography that he knew he was wrong to give up the underhand free throw, and that the reasons he didn't continue with the underhanded shot are because he felt "silly" and "like a sissy."

Which Rick Barry finds infuriating, and completely unacceptable. And therein lies the difference between the two NBA players. Barry, whose father recommended that he take up the underhand foul shout (it wasn't Barry's idea), also thought it made him look like a sissy at first, but after he started making most of his shots, after he learned how effective the style was, he didn't care how the shot looked, nor did others. (His father was pretty much right on when he told Rick, "Son, they can't make fun of you when you're making them.")

Gladwell finds out more about Barry, learning that he wasn't all that well liked in the league, that he was a vicious competitor, that he wouldn't settle for his teammates playing less than great games, that he hates that players nowadays slap hands in between foul shouts (Barry thinks if your teammate misses a shot you should slap his head not his hand), and that he let his ex-wife and his own parents write disparaging things about him in his own autobiography. In short, Gladwell finds out that Barry didn't care what other people thought about him.

I finally understood what someone like Rick Barry stands for. It's perfectionism. And what is a perfectionist? Someone who puts the responsibility or mastering the task at hand ahead of all social considerations, who would rather be right than liked. And how can you be good at something complex, how can you reach your potential if you don't have a little bit inside you?

It takes courage to be good, social courage, to be honest with yourself, to do things the right way. Rick Barry was the best basketball player he could've possibly been. And Wilt Chamberlain could never say that.

And so, what about you? Are you working at and fulfilling your potential? Or are you sacrificing a little, some, or a lot of success, because you worry about what others might think or feel about you?

At the very least, it's worth some thought. 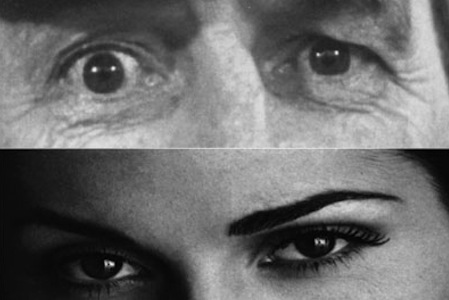 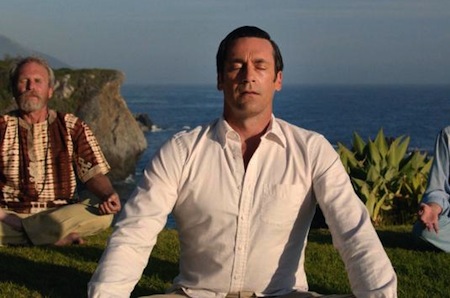 Is Love All You Need For Job Success?
Filed Under: Technology|Workplace Issues Tags: basketball|malcolm gladwell|nba|podcasts|professional sports