Who Will Burn for Volkswagen's Dirty Diesel Deeds? 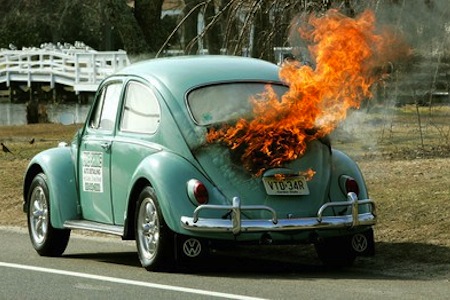 I continue to follow the Volkswagen emission test cheating scandal with equal parts shock and disgust. I'm shocked and disgusted by how a supposed upstanding company like VW (at least, that's the image I had of the world's second largest automaker; perhaps I was brainwashed by one too many of its clever and quirky TV ads) could go to such lengths not to provide a better product but to cheat consumers and the world at large—pollution equal to that spewed from 90 coal plants annually? Are you fahrvergnügen kidding me? Don't any of the evildoers at VW have children who breathe air? Is extra acceleration and torque really all that exciting and necessary? Couldn't that time spent on finding creative ways to cheat the system have been put to use to find creative ways to improve fuel efficiency and/or reduce the emission of harmful pollutants?

Originally, I had titled this blog post, "Why Volkswagen's CEO Should Resign," but just as I was finishing the above paragraph, news broke that Martin Winterkorn had done just that: stepped down as VW CEO. Of course, Winterkorn, like so many big swinging CEOs before him in the midst of their respective 15 minutes of infamy, maintained in his last public statement as chief that he knew nothing, saying something to the effect of: "As far as I know, I did nothing wrong."

Maybe not, Marty, but under your watch at least 11 million of your products were outfitted with some sort of device that was meant to cheat us all out of cleaner air. In the end you may have done nothing (legally) wrong, but that is one helluva a poor watch you'd been keeping over at VW. At the very least, it seems that Winterkorn must have cultivated a culture where such an evil deed might take place. Which reminds me of this recent hit on a referee in a high school football game allegedly encouraged by a coach.

And as far as analogies for VW's crime, I like how Bloomberg's Matt Levine put it earlier this week:

[I]magine if a bank had programmed its computers to deceive regulators about its dangers. Like, when the regulators come in for the stress test, your computers say you own only Treasury bonds and loans to mom-and-pop companies, but then as soon as they leave its prop trading of risky derivatives as far as the eye can see.

In any event, there now looks to be no shortage of investigations into the dirty VW deeds. The US and EU are both hunting for evildoers. And there are many others in between that want some answers and heads to roll. As a result of all the inquiries, it now seems likely that investigations will not cease until specific names are named and real people, not just faceless corporations, are brought to justice. At least, let's hope so, because if what happens in the wake of this scandal is anything like what happened following the financial crisis, and no individuals receive anything more than a wrist slap, and it's just corporate pockets that are forced to answer tough questions, then this sort of thing will continue and continue, and there will be a similar scandal as big or bigger just up the road.

And don't get me wrong, I'm not looking for blood, just for some simple answers to some simple questions such as: Why? Why? Why?

Read More:
Pros and Cons of the Uberization of Work
Are Cruel CEOs Better Leaders?
Tricked-Out Cadillacs Are the New Corner Office 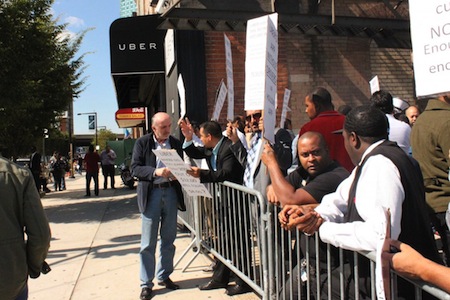 Pros and Cons of the Uberization of Work 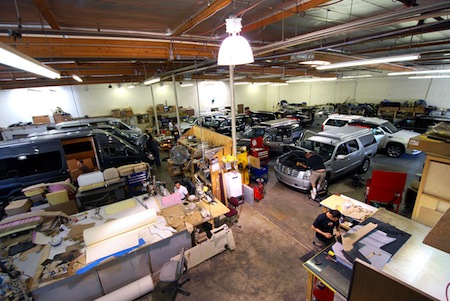