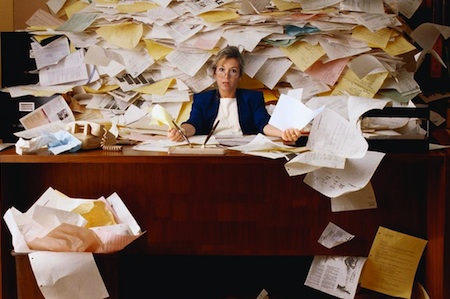 I have a friend who's a serial entrepreneur and whose latest entrepreneurial venture, his tenth or eleventh, has proven to be "the charm." Previously, he ran businesses in real estate, apparel, and hospitality; some of which did well, while others went bust quickly. But his latest, in health and wellness, has made him a millionaire. That is, now, for the first time in his career, he's earning north of $1 million a year. He's also enjoying his work more than ever (perhaps more than a little a result of his nice earnings). Most important, at least to him, he's never worked fewer hours in his life. And he's very quick to brag about this. Which I find rare and refreshing. In my experience, when speaking to people about their jobs, for the most part workers in America do the exact opposite: they brag about how many hours they work, thumping their chests with pride harder and harder with each additional hour they work or are forced to work.

Another word on this friend: he doesn't have a college degree, and he's the first to tell you that he's not as smart as most people in business. But what he does have, and he will concede this, is the gift of a salesman. He's a fantastic storyteller, great public speaker, and is about as charismatic as they come. He also very much enjoys his leisure time. He often spends entire weekends with his two daughters and takes frequent trips (with his kids) to California, Costa Rica, and the Caribbean. Which certainly plays into why he brags about working fewer hours than more (about the only thing he'll brag about is how many days he surfs each year). In any case, in his universe, the best managers and workers have figured out how to work fewer hours, not more, as they progress in their careers. And so, according to him, if you're not working fewer hours as you progress, then you're doing something wrong.

What brought this friend to mind today was a newyorker.com piece by Tim Wu, a law professor at Columbia University, called "You Really Don't Have to Work So Much." In it, Wu points out that economists of yesteryear predicted that Americans would one day be working very few hours, but in fact what's happened is the exact opposite.

No one thought things would be this way. Keynes famously forecast a three-hour workday, and in 1964 Life magazine devoted a two-part series to what it considered a "real threat" facing American society: the coming epidemic of too much leisure time. In "The Emptiness of Too Much Leisure," it asserted that "some of the middle-of-the-road prophets of what automation is doing to our economy think that we are on the verge of a 30-hour week." The follow-up was entitled "The Task Ahead: How to Take Life Easy."

Fifty years later, it's fair to say that the looming leisure crisis has been licked. The work week at places like law firms, banks, and high-tech companies has steadily increased, to levels considered intolerable by many people. Indeed, in 2006, the top twenty per cent of earners were twice as likely to work more than fifty hours a week than the bottom twenty per cent, a reversal of historic conditions.

Wu goes on to call this "a mystery and a paradox," and cites many possible solutions, including that a strong work ethic "has become a badge of honor for anyone with a college degree. If you’re busy, you seem important." He also writes that it's very possible that people really don't want to work more hours but that "some industries have simply become giant make-work projects that trap everyone within them." And he points out that improvements in technology, rather than making our working lives easier and working weeks shorter like some of the middle-of-the-road prophets of the past predicted, has only proven to tether us to our jobs even more tightly ("The fact that employees are now always reachable eliminates what was once a natural barrier of sorts … With no limits, work becomes like a football game where the whistle is never blown.").

In addition to my friend the entrepreneur, Wu's piece brought to mind my first job upon college graduation. Many moons ago I received an undergraduate degree from Wharton (at Penn). Like many of my classmates, I took a job as an investment banking analyst. I worked for a lesser name firm than many of my friends and worked fewer hours than most; I worked about 55 hours a week while friends worked 80 or more. I felt lucky as a result (we all made just about the same salaries and bonuses, which were ridiculously high for 21- and 22-year-old new graduates), and so I couldn't understand why they all bragged about how many hours they worked. In fact, the more hours they worked, the more they bragged, and the more impressed I and others were supposed to be. Perhaps my work ethic isn't as strong as my friends, I thought, and perhaps my firm isn't working on as many live and/or important transactions, but still … I couldn't understand why they took such pride in being forced to work such crazy hours by faceless institutions, depriving them of so much "leisure" time in the prime of their leisure-time-enjoying lives (in a city like New York, to boot, with so many interesting "leisure" activities to engage in).

Going to back to Wu's piece, I believe now that there must have been a good amount of the "look at me, I'm so important because I'm so busy" in some of my friends' bragging. It's something I still note today in others on a daily basis, and I still find it odd. It's one thing, when someone asks how work is going, to say that you're busy and you're getting a lot of work and things are going well in your career. But when you constantly tell others that you're swamped and are so busy you can't talk, that you are so busy you have no time to think or exercise or see your family or friends, and are just up to your neck with work, then it seems to me that you're not really conveying that you're important but that you haven't been working smartly enough, that you haven't figured out how to manage your day well, that you in fact are not that important because you haven't figured out how to delegate well, etc. At least, that's what my friend the millionaire entrepreneur would tell you.

Read More:
Thanks to Goldman, Wall Street Work-Life Balance Is Better Than Ever
So Would You Work for Amazon?
WARNING: Working on Wall Street Kills 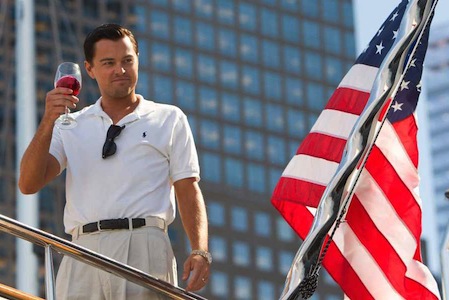