Three Reasons to Get on Slack in 2017 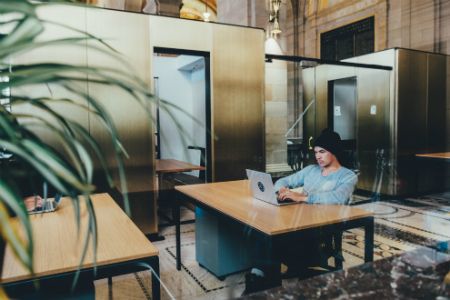 You may have heard about this new thing called Slack; it’s kinda revolutionary. Since it came out in February 2014, the collaboration tool has gained quite the audience—over four million people use Slack each day. In the years since then, Slack acquired Screenhero, survived a hack, instated a stronger authentication system, and has subsequently become one of the go-to tools for offices everywhere. It has also grown to a valuation of $2.8 billion, something remarkable for a company that’s only been around a couple of years. Heralded as a messaging and search engine, Slack has made all conversations archivable and accessible.

Arriving at the office and finding dozens—if not hundreds—of emails in your inbox can be exhausting. When most of these emails are from your coworkers, seeing this many emails can also be annoying. Slack’s move is to change this, and several companies have already adopted an email-free environment. Many have even identified Slack’s popularity as a potential cause for the end of email altogether, which I believe to be a strong possibility, to an extent.

I’ve gotten some pushback at work from older coworkers for using Slack instead of email, yet I love Slack and advocate for it. Not uncommon, my personal attachment to the software that lives in the cloud is not that uncommon in the 21st century. Harper Reed, CEO of Modest and one of Slack’s earliest adaptors, explained this well when she said, "It's very, very, very quick for anyone who interacts with Slack to consider Slack, the entity, their friend. That's super weird." It is, and yet here I am writing about it.

While there are dozens of reasons why everyone should be Slacking in 2017, I’ve narrowed it down to three main points:

Slack’s main feature is that it translates a modernized form of communication (texting) into a workplace app. Instead of creating clutter in our inboxes, Slack enables coworkers to chat freely and respond quickly as conversation moves from one point to another, while automatically archiving it all. Instead of chain emails, text just shows up on Slack as it comes in, allowing for everyone to stay looped into a discussion. This saves us the trouble of having to dig through emails to find a certain topic that was discussed. Transferring group conversations from email to Slack would allow collaboration in the workplace to increase, communication in groups to be more cohesive, and our email inboxes to maybe be left alone.

Slack’s motto is “be less busy,” and the platform has given us all a chance to be just that. Instead of running around the office when you want to say something quick to a coworker, you can just Slack it to them. I’m not advocating for the end of face-to-face conversation, but if you suddenly think of something you want to tell a coworker, you can send it to them via Slack and they will respond when a moment of free time comes around. Slack also adds privacy when direct messaging, rather than just Gchatting, and eliminates the need to text on your phone while at work.

As of May 2016, 77 percent of Fortune 100 companies use Slack. There’s a reason it’s working. Slack feeds into the multitasking mentality, allowing workers to communicate with many, while keeping conversations in neat, easy-to-access folders. Users can also call each other, send files and folders, and use Slack on any device, all for free. In addition to this, Slack offers many additional features that you can pay for at just $6.67 or $12.50 per month. For these upgrades, more storage, unlimited archived messages, guest access, group voice and video calls, and much more are available.

Essentially, Slack has combined the best features of WhatsApp, standard messaging, and emailing into one easy-to-use platform. That, and the ability to procure a Giphy with the touch of a button, is what makes Slack not just a smart thing to use at work, but a fun one at that. 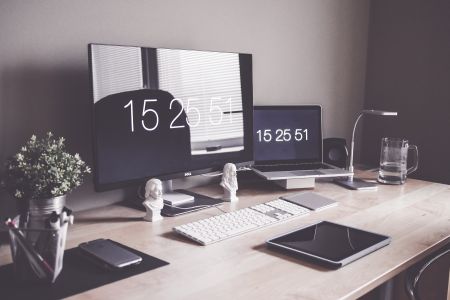 Can Decluttering Your Workspace Make You a Better Employee? 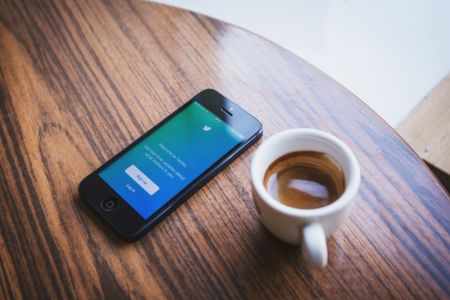