I don’t think it’s a stretch to say that productivity is a main goal of our current era. There are few things that feel quite so good as a productive day, and companies and individuals alike spend a lot of time, money, and effort to track how much can be accomplished in a week or month. But I’m of the opinion that we as a society tend to place too much value on productivity—and this is coming from a person who keeps a very strict paper calendar and has a schedule for cleaning her home. Getting things done in a timely manner is great and all, but the constant need to be productive can take its toll on one’s mental health. Allow me to explain my thoughts on how and why.

Productivity is, in part, a feeling.

Some folks are not going to like this point, but here it goes: Productivity is not a simple metric. Despite the various ways in which a company can measure its employees’ productivity, it can’t be boiled down to those numbers on the page. Productivity is also a feeling. And it can feel different to different people. For example, to me, productivity feels like getting done what is providing the most strain on my mental load at the time. If what’s weighing me down at the moment is a massive project at work, I feel most productive when I take concrete steps towards finishing it. If what’s weighing me down most is errands, I won’t feel productive until I get around to them—even if I’m getting things done at work all day. So it’s important to remember that productivity is an emotion, and emotions can sometimes require management. In other words, just because it doesn’t feel like you were productive on a certain day, you probably got plenty done—even if it wasn’t the thing you wanted to get to, or as much as you’d have liked to do.

You can “hack” your brain into productivity—but you can go too far.

We all love a hack—a cheat code that helps us to do something we should do but find difficult and/or don’t want to do. And productivity is something we can absolutely hack ourselves into—we can make our work to-do list at the end of the day before, when everything is fresh in our minds. We can meal prep on Sundays for the rest of the week. We can install “distraction blockers” onto our computers. And, of course, these hacks can help us immensely. But it’s so easy to take that attitude to its complete extreme—to try and optimize every aspect of our lives for max productivity, max work product, and max enjoyment of our free time. While this may seem like a good idea, it’s just that—an idea. To the best of my knowledge, it’s not possible in the real world. And I have to wonder: Is the extra mental energy of trying to live optimally actually worth it? Are you really living your best, “optimized” life if you’re stressed about getting use out of every second of existence? I still fall into this pattern of behavior frequently, whether it’s responding to emails during a meeting or doing a Duolingo course during a commercial break. But it’s important that we learn that “downtime” is not “wasted time.” A diamond forms under pressure, but bread dough rises when you let it rest. Resting is okay—and not being productive all the time is allowed.

Productivity can’t be how we define ourselves.

Productivity is a good thing. It’s good for us to get things done. But just because it’s good to do something doesn’t mean that it’s necessarily bad to not do them. So you wanted to get to inbox zero today but didn’t manage it—who cares? The only person who knows that you’ve got a few emails left in your inbox is you. And you’re responsible enough to know that you’ll deal with them in time. Being productive is good, but that doesn’t mean that being productive makes you a good person and, therefore, being unproductive makes you a bad person. I know that may sound like a silly thing to say on its face, but think about it: Do you feel bad when you’re unproductive? I do. I sometimes think that a more driven person, a more hardworking person, a smarter person could’ve done a better job than I did that day—managed her time better or completed that difficult, time-eating assignment more quickly. But that kind of thinking is destructive because, as I said in the above point, it’s impossible to live in an idealized version of the world. So while it feels good to be productive, your productivity cannot be where you find your self-worth. That’s just setting yourself up for failure.

I’m sure that “get organized” was, if not your choice of New Year’s resolution, then at least a contender. Getting organized, of course, is coded language for living more productively. And if you think that starting a bullet journal or finally setting up a filing system for yourself will help you, then great! Good luck with that goal. But just don’t let yourself get caught in the trap of thinking that your only value is in your productivity. It’s not—and acknowledging that early and often can do wonders for your mental health.

3 Tips for Successfully Dealing with a Layoff 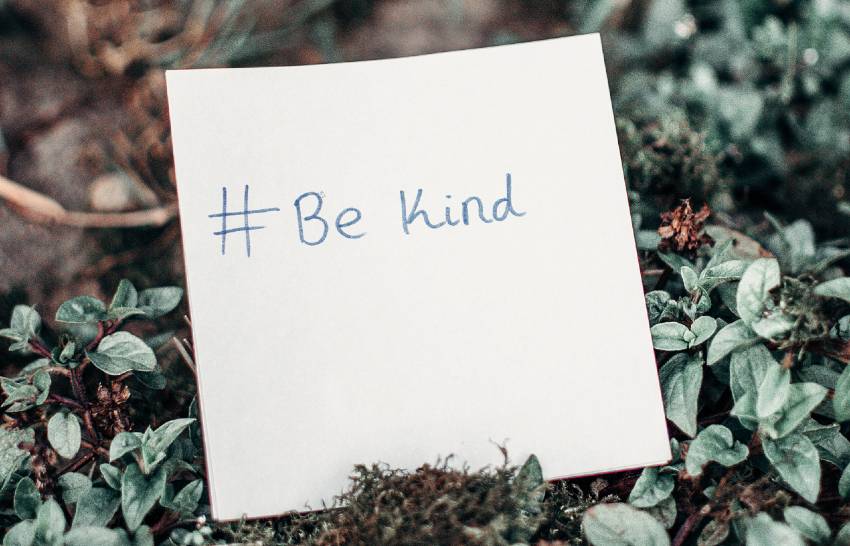 3 Tips for Balancing Life and Work While Working from Home
Filed Under: Education|Workplace Issues Tags: mental health|overwork|productivity|productivity at work|stress