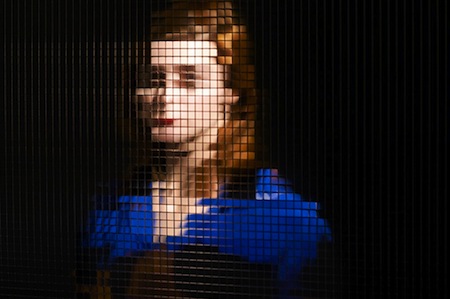 There's no denying that robots, artificial intelligence, algorithms, etc., are increasingly automating tasks that humans have received good money to perform for decades. However, there's no reason to believe that machines will completely replace humans when it comes to work (at least not in the foreseeable future), or that humans and machines can't congenially coexist in the workplace.

This is, more or less, the premise of Only Humans Need Apply: Winners and Losers in the Age of Smart Machines, a book co-authored by Thomas Davenport, a Babson College professor, MIT fellow, and Deloitte Analytics senior advisor; and Julia Kirby, a Harvard University Press senior editor and Harvard Business Review contributing editor. Davenport and Kirby, as opposed to other authors and experts on robots and their effects on the way we work, are rather optimistic about the effects machines will have on human employees. Here's Davenport in a recent Q&A with the Wall Street Journal.

We believe job loss won’t be catastrophic but there will be some on the margins, and it’s a nasty experience for the people who do lose their jobs. They tend to lose them for the rest of their lives. But the fear is overstated. Computers don’t tend to replace whole jobs; they replace specific tasks. Also, it’s a relatively slow process to eliminate jobs. There are just as many bank tellers now as there were in 1980. It’s not a profession that’s growing and no one would recommend it for their child, but it takes quite a while to replace jobs.

And in order to succeed in the coming decades, Davenport says there are two ways employees will have to go. Either with the machines or against them.

You’re going to have to work closely with computers or do your best to avoid them. If you do the former, you need to get familiar with the logic of computers, what they do well and what they don’t. If you choose the alternative, choose something unlikely to be done well by computers any time soon, like creative or empathetic work, or something so narrow that no one is likely to automate it any time soon. We heard about a lawyer who focuses on cases about malfunctioning automatic garage door openers. That is pretty narrow.

In a highly informative a16z podcast, Davenport and Kirby talk in-depth about their book (and also give their thoughts on the relation between technology and universal basic income). Davenport discusses how no job will be immune to automation. He says that even decision-making jobs are being and will continue to be automated to some extent. But the good news is employees and computers can learn to be colleagues, and computers will help humans be better at their jobs, while humans will help computers be better at theirs.

Davenport uses the term "augmentation" to describe this phenomenon of adapting to working with machines, and in the podcast he uses a hedge fund manager as an example, explaining that algorithms are increasingly being built to make sophisticated trades for clients, but it's the manager that ultimately can alter or end or enlist new algorithms based on how his portfolio is doing. Davenport also points to other money managers and how their jobs are increasingly becoming more focused on the human client interaction, as opposed to actually making trades and creating trading strategies. And so, communication and psychological and interpersonal skills are becoming more important in that field, skills that computers are still far away from being able to master.

Meanwhile, Kirby goes into detail about what employees can do to ensure that they won't be replaced by an algorithm, talking about the various actions workers can take; she and Davenport call them: (1) stepping up, (2) stepping aside, (3) stepping in, (4) stepping narrowly, or (5) stepping forward. These actions, outlined in Only Humans Need Apply, also appeared in a recent FT piece on the book:

Having deftly outlined the gloomier forecasts, Kirby and Davenport lay out how to avoid submission to, or substitution by, machines. A few senior managers will step up into overseeing automated systems. Other workers will step aside, by developing careers in areas machines are not as good at, such as motivation, creativity or empathy.

Still others will step in (by learning more about how computers work and how to improve them), step narrowly (becoming super-specialists), or step forward to develop new systems and technology.

In any case, all this is good news for us humans, as, according to Davenport and Kirby, it looks like we won't be swallowed by the Matrix for at least another couple generations. 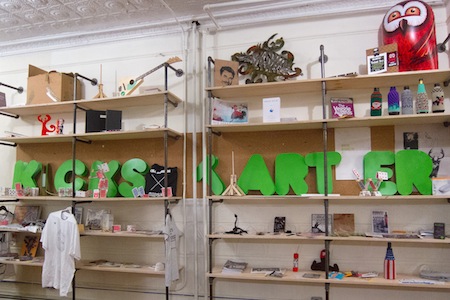 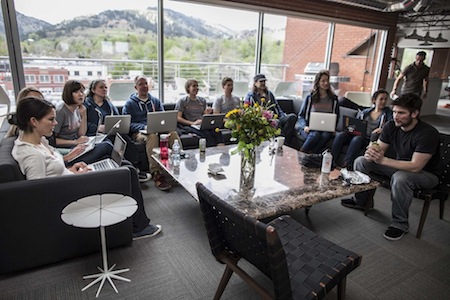