Three decades ago, a 29-year-old NYU film school grad named Spike Lee wrote, directed, produced, and acted in She's Gotta Have It, a feature-length film that launched one of the most successful careers in American film history. Since that first release, Lee, now 60, has put together an impressive film resume, which includes iconic features Do the Right Thing, Jungle Fever, Crooklyn, Malcolm X, and Inside Man, as well as the widely acclaimed documentaries When the Levees Broke, When We Were Kings, 4 Little Girls, and Mike Tyson: Undisputed Truth. Until this past November, about the only thing Lee didn't have on his resume was a hit television series.

And from that career, there's much that employees at all levels, in all industries, can learn. Here, below, are three such lessons from Lee's 31-year film career.

1. Make mistakes, not to learn from them but to use them.

In 1985, Lee was just a few years out of film school when he made She's Gotta Have It (the film). At the time, like many young filmmakers, Lee was not short on drive but was short on financial backing. In fact, Lee says that making his first film nearly killed him, citing the grueling process of raising $175,000 and then shooting a film in less than two weeks on a shoestring budget—"smaller than those of some television commercials," the Times pointed out at the time of the film's release.

As a result of these time and money restraints, Lee was forced to do a few things he didn't want to. One was cast himself as one of his film's male leads: the fast-talking sneakerhead Mars Blackmon. Lee gave himself the part only because he couldn't afford to hire an actor to play Mars. And since Lee was no actor, he kept forgetting his next line, so he'd repeat his current line over and over. Perhaps to save money on film, the cameras kept rolling, and those line repetitions became a tick of Mars' character. That is, they stayed in the film. And when the film was released, two very influential men—Jim Riswold and Bill Davenport, both of the ad agency Wieden+Kennedy—had the idea of pairing Mars Blackmon with one of their clients: a little shoe company called Nike. The rest of the story is TV history: Mars Blackmon and Michael Jordan appeared together in several groundbreaking TV commercials, directed by Lee, in which Mars Blackmon is seen and heard repeating the same line over and over. Is it the shoes? It's gotta be the shoes. What about the shoes? Money, it's gotta be the shoes!

The point here is 1) restraints can often be your friends, not your enemies, and 2) mistakes and accidents can often be your greatest creations. In Lee's case, financial restraints ironically led to him making a good amount of money (from those Nike ads with Jordan). If Lee hadn't had to cast himself in his feature, if he hadn't forgotten his next lines, then the Mars-Michael marriage (made in TV heaven) would never have happened. It was the happiest of Hollywood accidents. So, sure, learn from your mistakes, but learn to embrace them as well. They just might be better than your so-called successes.

2. It's okay to sell out, as long as you're selling out to avoid selling out.

As mentioned, Lee earned a lot of money (and notoriety, which led to more money) from those Nike commercials. What they allowed him to do is avoid selling out, meaning he was able to partially finance his early films from the money he made from his ad deals. In fact, Lee has financed, on his own, every one of his films since his first. Which meant he has always kept total creative control over his films. Which is almost unheard of in the film industry.

Lee, whose films are mostly set in his home borough of Brooklyn (he calls it the "Republic of Brooklyn"), grew up the son of the jazz musician Bill Lee. Bill was, and still is, a well-known bass player, and has played with several legendary musicians, including Aretha Franklin, Harry Belafonte, Miles Davis, Cat Stevens, Judy Collins, Gordon Lightfoot, Bob Dylan, and Peter, Paul & Mary. Bill also scored several of Spike's films. And one of the great lessons Spike learned from his father is, as Spike puts it, "There's nothing poetic about being a starving artist."

When Bob Dylan (and then other folk singers) famously went electric, Bill Lee refused to play the electric bass, or any other electric instrument. And thus he was prevented from making a lot more money than he otherwise would've been. This greatly affected his family, including his oldest son, Spike (the oldest of six siblings). According to a recent Times article, "That kind of self-sabotaging bohemian purity seemed to make a defining impression on [Spike]—a perfect example of how not to be an artist."

Although Spike respected his father's integrity, he knew that he himself wanted to earn a good, fair living off of his art, and not struggle like his father. Here's Spike speaking on a recent episode of NPR's Fresh Air podcast: "And I knew that I wanted to—to use one of the greatest lines from The Godfather—I wanted to wet my beak. If my films made money, I wanted to be able to get my fair share of the money that's being made from my artwork. I just knew that—I saw my father struggle—a great, great, great musician—there's nothing cute about being, you know, poor."

And so, don't be afraid of taking work that you don't exactly love to be able to take and make work that you do love. If you can get away with not doing that, then great, all the power to you. But there's nothing wrong with financing your passion projects with your not-so-passionate projects. The opposite (not working at all) is anything but romantic.

3. Listen to, learn from, and use points of view other than your own.

She's Gotta Have It the film didn't receive universal praise upon its release. Here's the Times reviewing the film in 1986 (in print!): "... while the film satirizes selfishness, sexual stereotypes, role-playing among black men and other follies, its presentation of Nola [the female lead character] turns serious, even poignant. In fact, the story is so good that I regret the film is sometimes technically messy and some of Mr. Lee's directing experiments ill-conceived."

Other critiques of the film centered on the fact that Lee, a man, was writing from the point of view of Nola, a woman. And so, some critics said, Lee didn't create a round enough, real enough, dimensional enough character in Nola. There was also this scene that received a ton of backlash and that Lee now regrets including. The point is, Lee, a filmmaker known for his singular vision, seems to have taken a lot of his critics' words to heart when rebooting his film as a series. He appears to have listened to the criticism, and employed those with voices other than his own in order to improve upon his film.

Lee has said that the Netflix series "could not be strictly a male gaze" like the film. And so, at the heart of his new project are numerous women's voices: five women were in the series' writers' room. "You had Lynn Nottage," Lee told NPR, "who's won two Pulitzer Prizes for her plays. You have Eisa Davis. You had Radha Blank. You had my sister, Joie Lee. You had my wife, Tonya Lewis Lee, who was also executive producer and the one that came up with idea to do this as a television show. My daughter, Satchel, was in the writers' room. So there was a huge presence of black women in the room. It was the most truthful thing to do."

Truth, in the arts, often equals success. And, by most accounts, the rebooted She's Gotta Have It is a success. The New Yorker has called it a "major work" and its ideas "so sharply focused and so frankly, declaratively realized." The Boston Globe has called it "a lovely expansion of the original, as it explores the eternal clashes between gender, sex, and romance, as well as the current tsunami of gentrification and its racial impact in Brooklyn." Slate has called it a "buoyant comedy" that's often "timeless and gruesomely timely." And the Times has called it "Spike Lee's Feminist Breakthrough." And so, perhaps it came as little surprise when, last week, Netflix renewed the series for a second season. 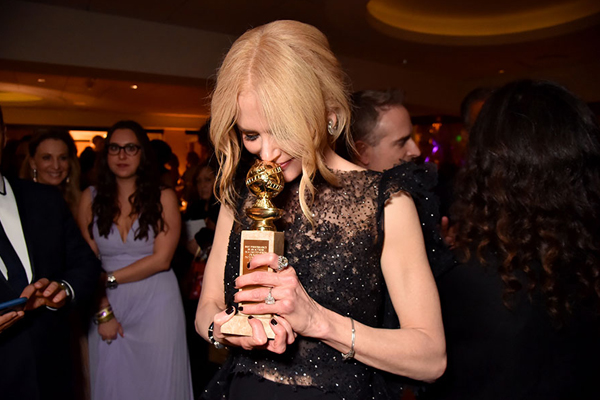 The 2018 Golden Globes: A Standout Night for Women’s Rights in the Workplace 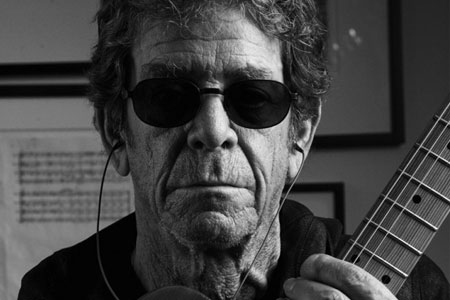 Work on the Wild Side: Lessons From the Life of Lou Reed
Filed Under: Workplace Issues Tags: career advice|film|filmmaking|netflix|spike lee