7 Tips for Employers on Handling a Resignation

I remember when I graduated college and found a job working as a reporter for a local community paper, hoping to advance my career in journalism. After eight years, I struggled with the idea of looking for a new job.  I felt like I was betraying my boss, but, in the end, he understood that I needed to do what was best for me and my family and not what was best for the company I was leaving.

Since then, I have moved on to different jobs at a much quicker pace.  The changing economic climate around us forces employees to make difficult decisions about their career. Some employers understand that, but for those who don’t, here are 7 tips on dealing with an employee’s unexpected resignation:

1. Don’t get angry: Resignations are hard on everyone involved, but an employer cannot take things personally even if they enjoyed a close bond with that employee. At the end of the day, it’s just business.  They have to realize that every employee must be a little selfish in their lives.  They have families to support, children to raise, rent or mortgages to pay, college tuition to prepare for, etc.  Understand that the employee is doing what is right in their hearts and let them leave without burning a bridge.

2. Don’t present a counter-offer: Rather than trying to figure out why an employee is leaving (they may offer a reason, but don’t push for one), just let them leave. You may offer them more money and they may accept and stay, but if they were unhappy before, that unhappiness may fester inside of them and lead to poor work performance. They have accepted the money, lost a job offer and realized they are still unhappy.  This is a bad formula for all parties involved.

3. Don’t be quick to terminate their contract immediately: If an employee was going to take contacts and company secrets with them over to their new job, they have already sent themselves everything they need before resigning. Instead of severing ties, use them to help train their replacement.  Let them help with the transition on the way out the door.

4. See the opportunities that present themselves: There is more than one way to do a job. Sometimes, even successful employees get complacent and stick to what brought them to the dance, rather than think outside the box. A new employee can maintain that success while offering fresh insights and new perspectives that can propel a company even further than before.

5. Maintain a dialogue: I will use my career as an example.  When I left the community paper back in 2008, I continued to freelance for them until 2013. I also worked for Vault.com back in 2011, but never truly left, because I continued to freelance for the company right up until I accepted another full-time job with Vault this year.  Don’t burn a bridge with your employee. They may still have something to offer in the immediate or in the future.

6. Reflect on your own performance: How is the turnover rate in your department?  Are there staff members you have difficulties with? If so, why? We all want to believe that we can do no wrong, but that’s not really true.  Often times, both the employee and the employer may be at fault for a strained work relationship.  For the employer, a re-evaluation will them a better manager in the future.

7. Don’t be petty: Questions are going to arise when an employee leaves.  A good employer should stop the rumors before they start.  If they participate in them, it will hurt company morale (do they speak poorly about me behind my back, too).  If they let them continue, they are not effective managers. Show some remorse over the fact that a staff member is leaving, express positive thoughts about the employee’s success in landing a new job, and assure people that the company will continue to grow and succeed moving forward. Be professional.

Call to action...Employees - we all leave jobs for different reasons. Tell us about your previous experience with an employer.  Leave an employer review today. 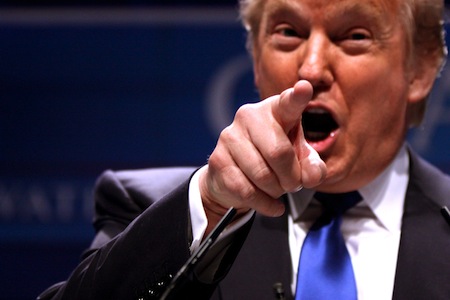 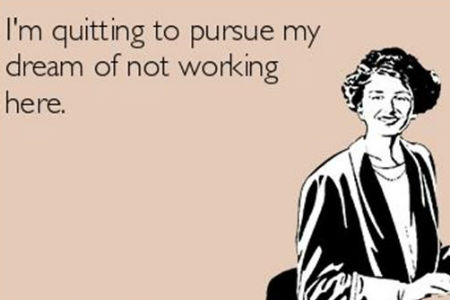