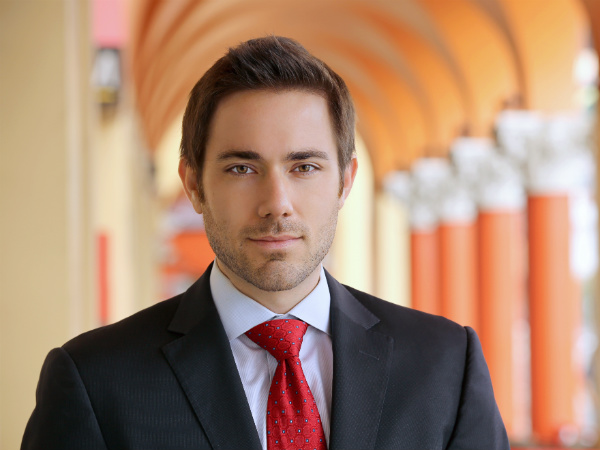 Stephen McArthur is the Founding Attorney of The McArthur Law Firm. He counsels clients on trademark and copyright issues in the video game industry and helps them protect their valuable brands through IP registration, enforcement, and litigation. His clients’ video games have billions of downloads worldwide and have ranked as the #1 gaming mobile apps in over 50 countries. Stephen was named a 2016, 2017, and 2018 “Super Lawyers” Rising Star, and Martindale Hubbell recently awarded him a perfect 5.0 AV-Preeminent rating. Avvo has also rated him a perfect 10.0 and awarded Stephen its 2015 Clients’ Choice award for Intellectual Property. In 2018, Los Angeles Magazine named him one of the top 100 Up-And-Coming Attorneys in California. Stephen received his JD from Columbia Law.

Vault: You’ve had quite a career, working at two top firms and then launching your own firm. Can you tell me a bit about your path from law school to now?

Stephen: Thank you for having me here! I graduated from Columbia Law School in 2007 and went straight to Cravath, Swaine & Moore. In 2010, I lateralled to Irell & Manella in sunny Los Angeles to focus more on intellectual property law and less on the freezing cold. While I enjoyed my time at both law firms, mostly for the great people I was able to work with, I never felt sufficiently motivated or that I loved the cases I was assigned to. I spent a lot of time thinking about what my long-term career goals and decided that I wanted to work on cases that were 100 percent mine, focusing on copyright and trademark issues, without taking much of a pay cut, and ideally in the videogame industry. I poked around for a job opening that fit the bill, but it obviously did not exist. After getting encouragement from mentors and other former associates who had left BigLaw to start their own boutique firms, I took the leap and set off on my own at the beginning of 2014. Today, my video game law boutique has 5 attorneys.

Vault: What exactly does a video game attorney do?

Stephen: Thinking just about today, an assignment I gave to my junior associate this morning requires him to download and play Mass Effect: Andromeda in order to analyze a copyright issue. And I am currently writing these answers from a plane where I am flying to moderate a PAX Unplugged panel featuring successful CEOs in the board game industry.

But a video game attorney could really do almost any type of work. Video game companies have significant employment issues, immigration issues, and privacy and data management issues. I happen to be an intellectual property specialist, so most of my work is with copyrights and trademarks. But other lawyers at my firm draft licensing and publishing agreements or prosecute patent applications. If you want to be an outside general counsel to any company, whether it’s a video game company or a makeup company, you have to be at least somewhat a jack of all trades.

Vault: Can you share some of your notable cases?

Stephen: I manage the intellectual property for some of the most popular video games on Steam and one of the biggest household name esports teams in the world. I’m often called in to handle significant intellectual property emergencies or simply to register and protect the valuable IP of a game company. I have sued everyone from makers of video game clones on the iOS Store to a live Kickstarter project that was using the source code and work of my client without compensation.

I do a lot of copyright and trademark litigation outside of the videogame space as well. For example, remember the viral Virgin America Safety Video song that played on every flighty for 4 years? I am currently representing a woman against Virgin America whose voice is prominently featured singing in over 20% of the safety video (including the little girl rap), despite never having been paid a dime for her work or even signing a release. I just wrapped up a lawsuit where I represented famed makeup artist Vlada Haggerty against Louis Vuitton and Makeup Forever for allegations of copyright and trademark infringement. I also spent over a year deep in trademark infringement litigation against one of the largest e-cigarette manufacturers in the world, located solely in China, but I somehow managed to get personal jurisdiction over them here in Los Angeles. Frequently in these cases, I am up against a team of BigLaw associates and partners, which is a ton of fun.

Vault: How different is your current practice from working at a big law firm?

Stephen: It couldn’t be more different. Most of the non-litigation work I handle now is flat fee instead of hourly. If I tell a client that it will likely take me two hours to draft a contract at $500/hr, or they can simply pay a $1,500 flat fee, they will take the flat fee over the hourly rate 100 percent of the time—even if the quote is higher. Clients strongly prefer the certainty.

So, I don’t have to track my hours. And I get to work solely on cases I want to work on. I get to choose my clients. And the cases finally feel like my own. If I worked a long 14-hour day at BigLaw, I felt like a slave, and it was soul crushing. When I work for myself, that same 14 hours instead feels like I got to spend all day playing with my hobby and having fun.

Vault: What advice do you have for attorneys who are interested in transitioning from BigLaw to a boutique law firm?

Stephen: Network. Talk to as many other lawyers as possible that work in the field or kind of boutique law you want to get into.

Go to industry events. For example, if you wanted to get into cannabis law, you should attend cannabis industry events. That may require booking a hotel somewhere and flying to a conference, but you’ll learn more about the industry and likely even meet cannabis lawyers there who can give you useful advice or connections.

Vault: It seems like lately people are negative about following one’s passion; yet, you’ve succeeded in creating a career that combines both law and gaming. What is your advice to lawyers in pursuing their dreams?

Stephen: There are so many paths to pursue your dream. There is no right answer. I’ve seen everything. You could start your own solo shop right out of law school or intern for a non-legal company in the industry. BigLaw is not a requirement. I just happened to take the BigLaw path. It was the right choice for me for several reasons: (1) it allowed me to pay off all my student loans; (2) I accumulated some financial runway so that when I started my own firm, I was not desperately faced with closing shop if a client didn’t immediately walk through the door; (3) I received good training and mentorship and learned enough over the seven years of biglaw to actually have the ability to handle the work myself without making it up as I went along; (4) I made a lot of connections with very successful, very smart lawyers, and those connections continue to help me in my career; (5) other lawyers take you much more seriously when you are former BigLaw, and that credibility can go a long way; and finally (6) I wasn’t 100 percent positive what I wanted to do when I graduated law school, so starting in BigLaw kept my options open.

Vault: What’s a fun fact about your job?

Stephen: Since it’s my website URL and all over my business cards, I actually registered the trademark for “The Video Game Lawyer” back in 2015.

Vault: I’ve saved the most difficult question for last—what’s your favorite game?

Stephen: Right now, it’s Artifact! I’m addicted. The amount of meaningful decisions, depth, and strategy rivals every other turn-based strategy or card game that I’ve come across. And since it’s made by Valve, there is a lot of support for the game. It is brand new, and they are apparently going to try to push it as an esport. 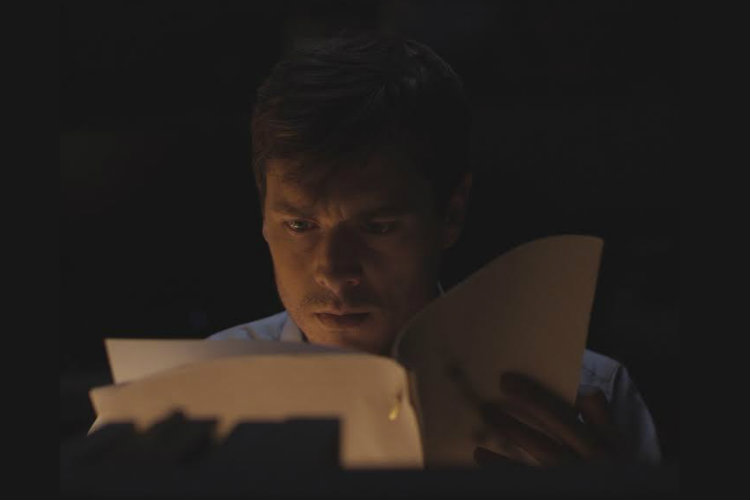 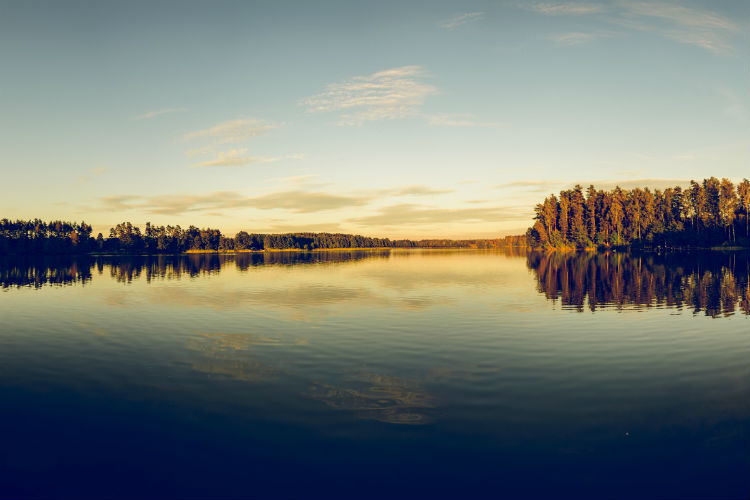 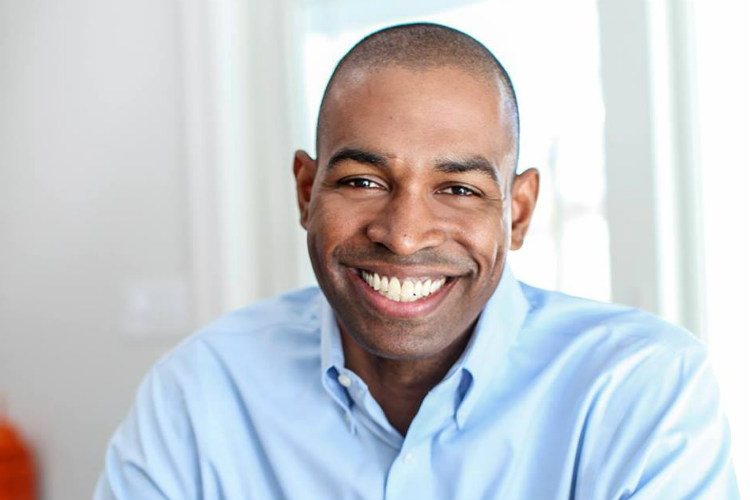