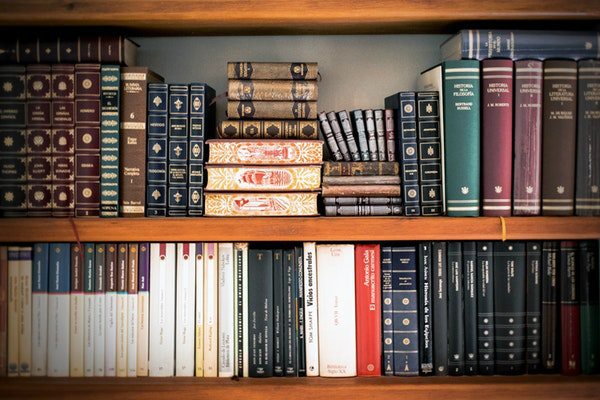 Kristen Prata Browde is the principal of Browde Law, P.C., a firm based in Chappaqua, NY. During a decades-long career as a news correspondent (most notably for CBS, WNBC-TV, and CNN) under her former name, Browde earned her J.D. from Fordham Law School in 2000. Today, her law practice focuses on divorce and family law, IP, media law, and white collar defense. She is the president of the LGBT Bar Association of Greater New York and co-chair of the National Trans Bar Association, and in 2017, she was nominated by the Democratic Party as their candidate for Town Supervisor of New Castle, New York, becoming the first transgender candidate to run on a major party line in the state. Vault got to chat with Kristen about her remarkable career path after meeting her at the Columbia Law Women’s Association’s Women Running for Office conference.

Vault: What initially drew you to law school and to divorce/family law in particular?

Kristen: It’s a rather bizarre and long story. I was a reporter at WNBC-TV in the early 1990s, and as home computers and the internet were starting to become important, I got excited. I’d been the president of my high school computer club, had always been a bit of a nerd, and I went to my boss and insisted that we start a weekly—just before Saturday Night Live—two-minute feature on computers. I called it “Data File”—it was, at the time, the only regular reporting on this new part of life, and it quickly became a huge success. One of the things I talked about—a lot!—was adult content on the internet, and the then-early attempts to regulate it.

It turned out that Fordham Law School’s Intellectual Property, Media & Entertainment Law Journal ran a First Amendment Forum each year, and that year they chose to do it on internet regulation … so the professor organizing the panel on the Communications Decency Act decided that the guests she had, while experts in their field, were going to be a bit boring. So she invited the guy (yes, back then, guy) who was on television every week talking about it.

After the panel, in which I basically called the CDA legally unconstitutional and technically unworkable, and explained that it was an absurdly large tool to use against a tiny problem, the professor who had invited me said, “I didn’t realize that you were a lawyer.” I told her I wasn’t. She said, “Well, you know, you talk like a lawyer.” I told her, a bit sarcastically, “Thanks a lot…” and she said, “No, this is a law school. That’s a good thing here.” And she asked if I wanted to go to law school. I told her, “Clearly, you haven’t seen my college transcript.” But she insisted that if I applied to Fordham, I’d be admitted. And I did. And I was.

And I don’t think I’ve ever had so much fun in school. Not only was studying law fascinating, I could approach it with no pressure at all: I’d never planned to be a lawyer—I only wanted to be a better reporter. After all, I’d been CNN’s first Supreme Court correspondent, not really knowing much about the law, and I covered crime and politics regularly. I thought the new knowledge would be nothing but helpful … and it was.

As to divorce and family law, that was also relatively simple. Not only was it a subject with which I’d, unfortunately, had personal experience, it was a practice in which I could manage my caseload and be available to put my kids on a school bus and put them to bed at night … while doing the one thing I’d always loved doing: getting to the facts and using them to solve complex problems. And I could get paid for it.

Vault: You were a TV news reporter/correspondent for more than 20 years before heading to law school—did a mid-career move like that feel natural, or were there more challenges than you expected?

Kristen: It was actually a lot easier than I expected, though there were some surprising moments. After my first midterm [as a] 1L, in Contracts, I pushed back from it and exclaimed, “Christ, that’s the first college exam I’ve taken in 25 years.” The student sitting next to me looked at me in shock.

One of the questions I was asked over and over again by interviewers for firms was, “Will you have problems taking orders from people much younger than you? My response was simple: “Of course not. They’re going to be people who know more than I do, and I’m going to be learning from them.”

Vault: What made you decide to hang your own shingle rather than joining a big firm (or even a small firm)?

Kristen: I’d summered in medium-to-big law, loved the money, and didn’t mind the work—and as I graduated I had offers from three large NYC firms. But around the time I entered Fordham Law, I’d seen the Grisham-novel-based film The Rainmaker, and one of the lines from it had more than struck a chord—it was instantly and permanently etched into my heart. The line was about “changing the world, one case at a time.”

Besides, by picking and choosing my own cases, while continuing to work (by then at CBS News) as a reporter and anchor, I knew that I could truly have my cake and eat it too—without taking a big pay cut by becoming a first-year associate. Thus, it wasn’t a really tough call. And when I left CBS five years ago, my practice, which had been going strong, completely blossomed … something that was all but unaffected by my decision, one year later, to publicly come out as transgender.

Kristen: I’m up at 6:30 to get my younger son out the door for a 7:12 a.m. school bus. At 7:30, I’m at my desk, catching up on developments before the phones start going crazy. I practice in multiple counties, so I could be headed for a courtroom anywhere from Putnam County in the north to Westchester, Queens, or Manhattan. Or I could be working on discovery or trial prep in the office. Clients are often on the phone until well into the evening—their problems don’t stop at the end of the business day, and it’s important to be available when they need you.

Atop that, there are pro bono activities that take up a good portion of the day and evening. I’m the president of the LGBT Bar Association of Greater NY; the co-chair of the National Trans Bar Association; a director of Equality NY and the Trans United Fund; and a trustee of a $2.5 billion-dollar, multi-employer pension fund. I’ve also been appointed by Governor Cuomo to the Steering Committee of the New York State Council on Women and Girls. And, after serving on his transition team, Westchester County Executive George Latimer appointed me to the county’s Women’s Advisory Board. I’m also a Democratic Party district leader in my town, a founding director of the Stonewall Democrats of the Hudson Valley, and I am active in state and local races.

I try not to let all that get in the way of being a good parent—my rule is to try to avoid more than one dinner away from home per week and never have more than two in a week unless it’s either a unique circumstance or my ex is in town to take over the parenting.

Vault: Could you speak to your experience running for Town Supervisor (analogous to the mayor) of New Castle, NY? What was the most important thing you learned from that experience?

Kristen: Though the end result wasn’t what I’d hoped for, running was a wonderful experience on so many levels. I knocked on the door of more than 1,500 of the 6,000 homes in my town, and got to meet many of my neighbors and hear their concerns on issues from the environment to traffic to taxes. As a reporter, I’d had a very cynical approach to politicians—suddenly I was running for office (something that hadn’t been my idea, but which I quickly embraced), and I discovered that at least in this era, almost all of the new people running on the local, county, and state level are doing so for exactly the right reason: that they want to bring about change for the better in their communities.

That had been my goal, and if I’d been better at doing my job as a candidate I might have had a different result. The important lesson of that piece was that, while it’s great to be the first, you can’t let that first be what defines you as a candidate. In my case I was the first transgender candidate in NY to have the endorsement of a major political party. But I was seen as, and couldn’t shake the label of, the “first transgender candidate”—when what I needed was to be seen as the Democratic Party, Working Families Party, and Women’s Equality Party candidate.

Vault: Do you have any advice for law students who, knowing that you can do anything with a law degree, still might be feeling some anxiety about their careers?

Kristen: You’re nuts if you’re not anxious when you start out. But anxiety isn’t a bad thing, it’s your way of telling yourself that you still have a lot to learn. And coming out of law school, you have no idea how much you don’t know—you’ve been taught the theory of law, not its practice. So, if you’re practicing law, be anxious, but power through it … and let the court clerks be your advisors. They can’t give legal advice, but they can and will tell you what you need to do … if you treat them with respect and listen to them.

If you choose another path, you’re going to have a real advantage. Thinking like a lawyer—issue spotting—is what you’ve had drilled into you. If you harness that in analysis of opportunities in any field, you’re going to be analytical and flexible in ways that should help. 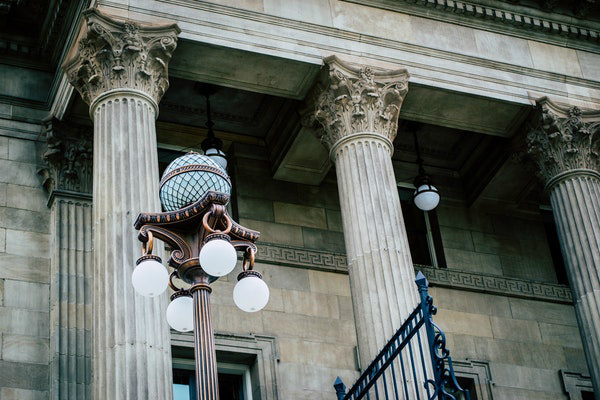 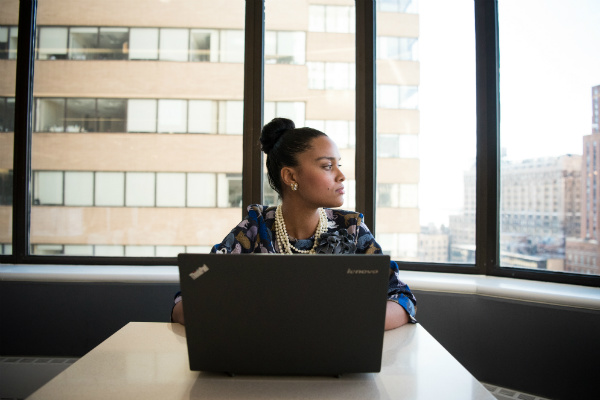 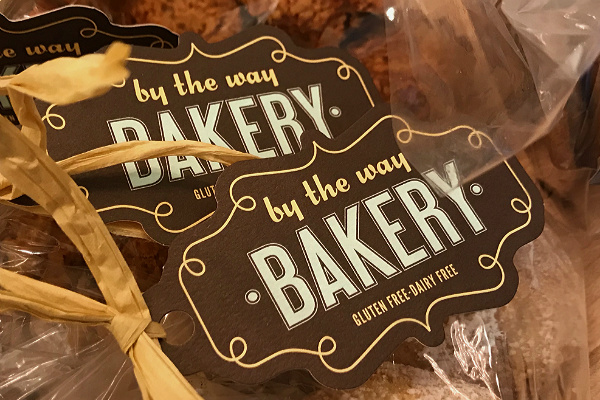 From Law to Layer Cakes: Q&A With Helene Godin of By the Way Bakery
Filed Under: Education|Law Tags: interview|Kristen Browde|legal career spotlight|legal Q&A|running for office