Leaving the Law: An Interview with Brewery Founder Eric Feldman

Eric Feldman is the co-founder and President of Brooklyn-based Braven Brewing Company, a former BigLaw associate, and (full disclosure) a student of mine when I was a legal research and writing TA back in law school.  Earlier this year Eric (the guy on the left) left BigLaw behind to go full time at his growing brewery.  Eric was gracious enough to answer my questions about his legal practice and transitioning away from the law.

Vault: What initially drew you to practicing law?
Eric Feldman: I love tearing apart concepts and systems to see how they work. In college I majored in Philosophy and minored in Neuroscience. Both fields focus on how people operate, internally and externally, and I wanted to continue down that road. I thought studying law would be a great way to do so.

What did you see as your likely career path when you started your legal career?
From day one, my plan was to work in BigLaw. Seriously. I loved the idea of working on billion dollar cases in a 40th floor conference room in a shiny Manhattan high-rise, surrounded by the toughest, sharpest attorneys in the world.

What did your legal career look like in reality?
Well, I was lucky enough to start in Big Law in the fall of 2008—one week after Lehman Brothers collapsed— and almost immediately I realized I was in the wrong place. Three weeks after I started, a small voice in the back of my head said I didn't belong there. Over the next couple of years it became a loud voice, then a booming one. It certainly didn't help that it was a bad time to be in BigLaw. In spring 2009, about a third of my friends lost their jobs, work dried up, and anxiety levels went through the roof. I started in International Commercial Arbitration, got moved into soft IP and copyright licensing when business was scarce, then after a merger I got tasked with lender liability cases (which is a fancy way of saying foreclosing on residential mortgages). Most of the friends I had at the firm left or disappeared into other groups and I felt very alone doing work I didn't believe in. That's when I decided to try and figure out what my real passion was and go pursue that instead.

What did you like the most and the least about practicing law?
My favorite part of practicing was the brainstorming sessions at the white board. It didn't happen for every case, but when I got to be a part of the strategy planning for our cases I really lit up. We had a set of circumstances and a desired outcome. The fun part was figuring out how to get there. Unfortunately those brainstorming sessions came few and far between. Mostly my work was repetitious slug work in a black box where I didn't understanding why I was working or what purpose it had. One time I was called into the office on Thanksgiving weekend for back-to-back 14-hour days to research what was ultimately shoved into a footnote on a brief. I later found out that footnote got cut before it was even filed. That stuck with me, drove me to find another way to spend my life that didn't end up deleted from a footnote out of existence.

Where did the idea to start Braven come from?
My business partner Marshall Thompson and I started homebrewing about six years ago as a hobby. For a long time, homebrewing was just a fun side project—but we always talked about what it would be like if we really went for it. We bought some books on starting a brewpub, visited other breweries, and took mental notes. But we kept saying the time wasn't right or that it'd be crazy to go for it. So Marshall kept tweeting for digital marketing while bartending on the side or between projects, and I kept reviewing bank emails for compliance investigations.

Then one day, Marshall straight up said, "screw it, now or never," and drafted up the first Braven business plan. He told me "I'm doing this, and you're doing it with me." And that was pretty much all the kick in the ass we needed to get started!

What’s a Braven?
A Braven is a hybrid of a Buck and a Raven. The Braven symbol has roots in Marshall's family heraldry. His mother's maiden name was Buck and his father had Ravens in his coat of arms. A couple years ago, Marshall combined the two into the Braven as a symbol of his family and it eventually became the symbol of our brewery as well.

When did you decide to stop practicing law and work full time at Braven, and what made you make that decision?
I waited until Braven could support me full time to make my final exit from BigLaw. That was almost two years after we drafted that first business plan—and it was a very tough two years. Braven was a full time job on top of my full time job and keeping both moving forward was no easy task. Ultimately, we knew that if Braven was going to succeed, it needed both me and Marshall sitting side by side and giving it our undivided attention. When we added our second beer style last July, we figured it was time to make the leap. Interestingly, most investors want to see that the founders are full time before they really give you any money. Some banks think the same way about loans. It's tough because you need another job to cover rent so you can keep money in the business, but it hinders potential growth to stay part time. At some point, you need to just jump out of the plane and find your parachute on the way down.

What skills did you develop as a lawyer that you’ve been able to apply to being an entrepreneur?
Thanks to my big firm training, I've got a serious work ethic and drive that most other folks don't have. Also you sign a lot of contracts in this business so being able to read and understand them is key. And I love our IP portfolio like most people love their pets.

How do you think starting Braven would have been different if you didn’t have your legal background?
Honestly, being a lawyer/entrepreneur can be a mixed bag. Lawyers are trained to think twice, think twice more, think another two or three times, then cut once. We can be a risk averse bunch. But the going motto for most entrepreneurs is Ready, Fire, Aim—which doesn't always sit well with me. The startup world requires nerves of steel, and I'm still earning mine.

What’s next for you and Braven?
Our primary focus right now is fundraising. We bootstrapped everything to get started and added a small SBA-backed loan to help us get to product to market. Our goal has always been to build our own brewery in Bushwick and that takes some serious capital. Starting in January 2016, we're going to run a 506c raise to help get us there. The 506c fundraise is a big component of the JOBS Act to help more people have access to startup capital. We'll be allowed to advertise and directly solicit funds, so everyone should be on the lookout for a chance to own a piece of Braven!

Read More:
From BigLaw to BIGLAW: An Interview with Novelist Lindsay Cameron
Does Money Buy Happiness in BigLaw?
Alternative Legal Careers: BigLaw to Admissions to Consulting

How to Ace a Behavioral Interview 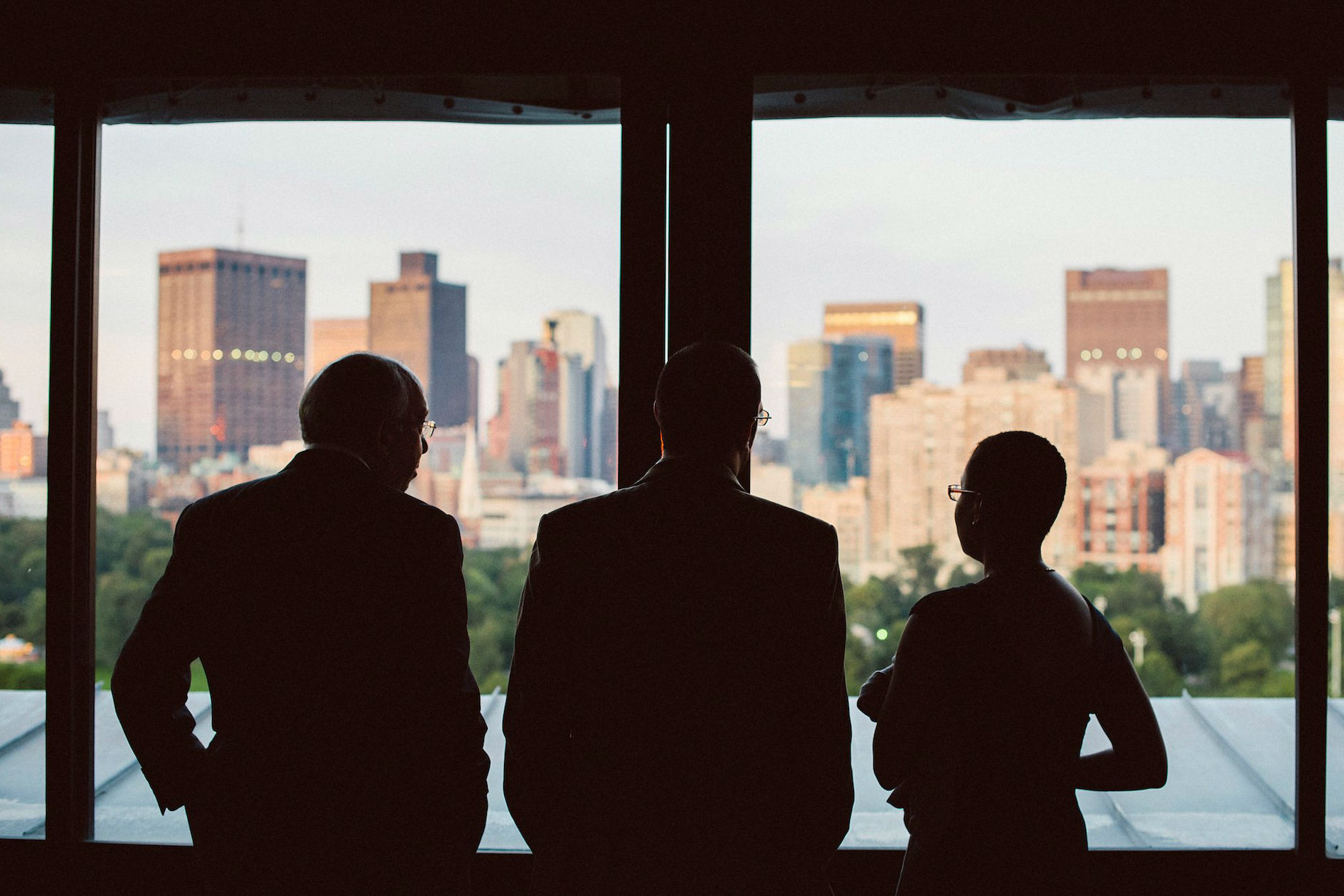 Counterpoint: You Can Do Anything With a Law Degree 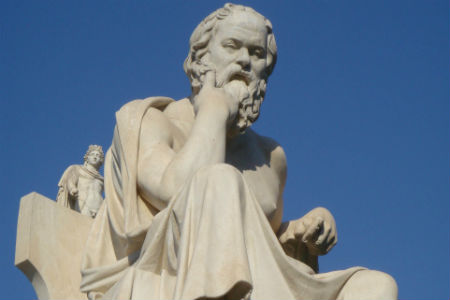 One Thing You Must Know When Seeking a Legal Internship: Yourself 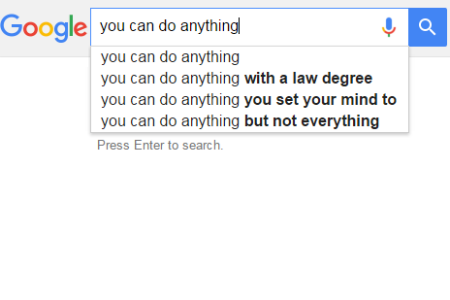 You Can Do Anything With a Law Degree. Sort of.
Filed Under: JD Alternative|Law Tags: BigLaw|Leaving the Law