Is the Book that Inspired you to Become a Lawyer Banned? 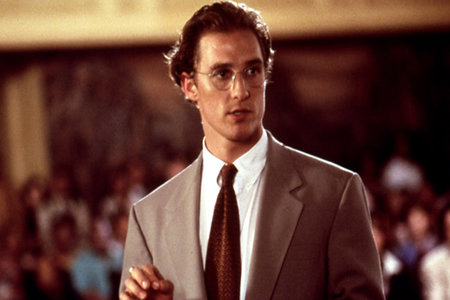 Other than Law & Order, perhaps nothing has inspired a generation of young people to pursue a career in the law more than riveting crime novels or books of humble lawyers seeking justice for unpopular clients. However, not everyone felt motivated to promote truth and justice by these books of legal intrigue, in fact, some wanted them banned. In honor of Banned Books Week, below find the Vault editors’ favorite three novels with legal themes that have been banned or challenged.  Read them while you still can!

To Kill a Mockingbird -- Harper Lee

Atticus Finch is the lawyer we all strive to be--smart, compassionate, fearless. He defends a black man in depression-era Alabama accused of raping a white women, a client so despised, Finch’s children are endangered by a lynch mob. The book was most recently challenged in 2011 for offensive language and themes of racism, and it was removed in 2009 from St. Edmund Campion Secondary School classrooms in Brampton, Ontario, Canada because parents objected to racist language throughout the book.

The true story of an investigation of a brutal quadruple murder of a family in Kansas spurred the careers of prosecutors and criminal defense attorneys alike eager to analyze the gory facts of true crimes. Often required reading in many college courses, the book was challenged in 2011 when a high school English teacher from Glendale, California Unified School District added the thriller to the advanced English curriculum. Parents and some school officials objected that the book was too violent, but the school board voted unanimously to allow the book to remain on the curriculum.

A Time to Kill -- John Grisham

A list of legal thrillers would not be complete without mention of the genre’s most prolific writer, John Grisham.  A Time to Kill traces the gruesome rape of a 10 year-old black girl by two white men in small-town Mississippi and the capital murder trial that follows when the girl’s father shoots and kills the rapists. The protagonist attorney (played by Matthew McConaughey in the movie version) continues to seek justice for the father despite threats and attacks on his life from local white supremacists. Some parents attempted to have the book banned when it was assigned in an advanced English class at North High School in Fargo, North Dakota in 2005. Although challenged for the graphic rape and murder scenes, the book was retained on the curriculum.

Banned Books Week: Celebrating the Freedom to Read
Dear John: You have a lot to answer for
Twenty Movies Every Aspiring Lawyer Should See

Dear John: You have a lot to answer for
Tags: Books|Law|Lawyers