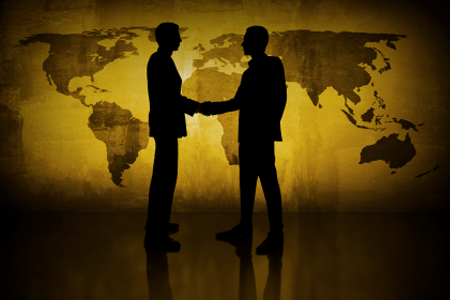 As we reported in November, 2013 was a record year for law firm mergers, and the final results are in. The number of mergers rose 47% since 2012, with 88 combinations announced, according to data released by the legal consulting firm Altman Weil. Most of these deals consisted of smaller firms being acquired by larger firms at least five times their size. Notably, there were no mergers among AmLaw 200 firms announced in 2013, though there were talks—and then the talks crumbled. Most recently, Locke Lord and Patton Boggs called off their potential union.

Mergers just aren’t for everyone, and a report released earlier this month by researchers at Georgetown Law has the data to prove it. Georgetown researchers found a low correlation between law firm size and profits per partner among AmLaw 200 firms, and a negative correlation between firm size and profits as a percentage of revenue. In answering the question, “Is growth important as a dominant law firm strategy?” the report concluded that “for most firms the answer must surely be no,” and that law firm growth in recent years “masks a bigger problem—the continuing failure of most firms to focus on strategic issues that are more important for their long term success than the number of lawyers or offices they may have.”

An advisory released in early January by the legal search consulting firm Major, Lindsay & Africa also warns against the perils of mergers. The advisory states that “the combination of two firms, both of which are struggling to survive, will yield little synergy,” and that “in many cases the firms being acquired stand little chance of surviving absent being acquired, so one has to wonder what the benefit will be to the acquiring firm.” This conclusion was one of several drawn by Major, Lindsay & Africa as it outlined predictions for 2014—one of them being that law firm mergers, smart moves or not, are likely to continue at a rapid pace in the coming year.

AmLaw 200 firm managers are well aware of the fact that expansion for expansion’s sake doesn’t work, as evidenced by the fact that none of those firms were included on the list of announced 2013 mergers. The decision to combine with another firm or acquire a smaller shop is deeply complex, and must be for strategic reasons beyond increasing size on the assumption that revenue will increase. In spite of the failed talks with Locke Lord, which ceased due to irreconcilable client conflicts, Patton Boggs is still on the prowl for a merger partner. The Washington powerhouse, well-known for far more than its acclaimed lobbying practice, is hoping that a merger will help it bounce back from challenges over the past few years. Such challenges included a 6.5% revenue drop from 2011 to 2012 which resulted in two rounds of layoffs in 2013. Yet Patton Boggs will likely find another potential match, given its strong brand and the proliferation of other firms playing the merger dating game in 2014.

Things are already looking up, with moderate growth in the demand for legal services predicted in 2014. Hopefully, sensible, strategic mergers will become a part of this optimistic outlook.

Is your firm the product of a merger? Share your experience in the Comments.

Read More:
2013: The Year of the Law Firm Merger
Law Firm Combinations up 47% in 2013
After a Merger Falls Through, Patton Boggs Keeps Looking 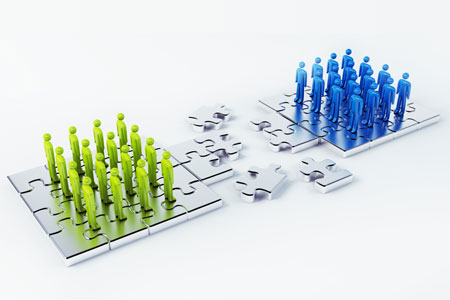 2013: The Year of the Law Firm Merger
Filed Under: Law