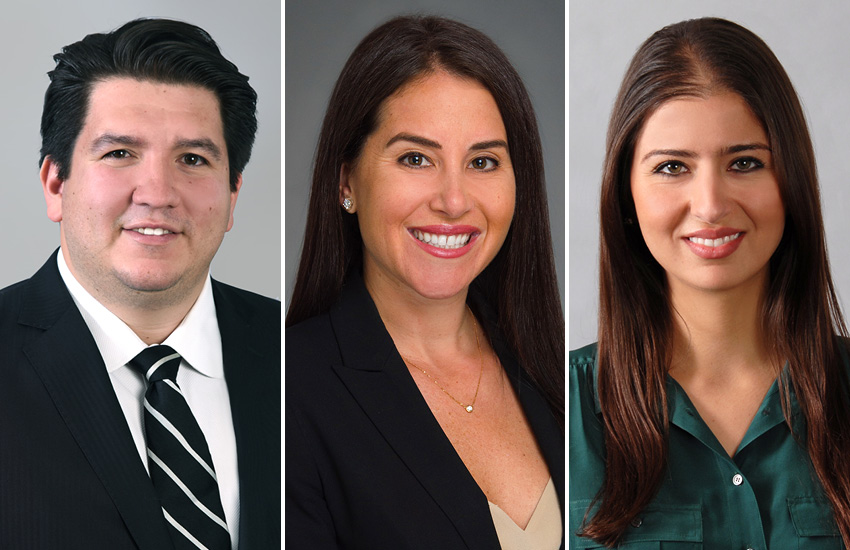 Contrary to those who think they’re mutually exclusive, gaining meaningful pro bono experience at a firm that supports it can be a great complement to a thriving BigLaw practice. At Gibson Dunn, attorneys have been on the front lines on such notable issues as the Travel Ban and the Family Separation Order, bringing a new dimension to their practices. In this post, Gibson Dunn’s Pro Bono Counsel, Katie Marquart, talks with Los Angeles associates Negin Nazemi, Corporate Associate, and Abi Garcia, Antitrust and Competition Law Associate, about pro bono work and BigLaw.

Katie: Many law students go into law school thinking there is a hard distinction between public interest and BigLaw work.  I’ve seen firsthand that this is a false dichotomy; at the right firm, you can balance a thriving and fulfilling, cutting-edge BigLaw practice with meaningful pro bono work, leveraging the immense resources of a law firm (fueled by billable work) to magnify your impact. Gibson Dunn has always believed in the importance of dedicating pro bono resources to fight for the communities around us. We actively encourage our associates to take on pro bono work in addition to their regular practices, both to give back and to gain valuable individual experience that enhances their legal skills.  As one example,  over the last several years the firm’s pro bono work on behalf of immigrants and refugees has been unprecedented in its scale and scope.  In 2018, Gibson Dunn dedicated more than 45,000 pro bono hours to immigration-related matters.

Each year, our attorneys take on dozens of individual immigrants as pro bono clients—helping them navigate our complex immigration system in order to seek a chance at a better, safer life.  These cases are life changing not just for the clients but for the attorneys who work with them and, in the process, get to know them and their stories.  As a firm, we’ve also been able to coalesce around some of the larger immigration-related issues of recent years, including the Travel Ban and  the Family Separation Crisis. It is in moments like this, working at a place like Gibson Dunn—where we can harness the passion, creativity, and dedication of lawyers all around the world for a collective goal—that I feel especially lucky to have this job.

What was it like to be a lawyer in the days following the Travel Ban?

Negin:  It was quite a whirlwind. I was on the ground at LAX in the days immediately following the Executive Order doing whatever I could to pitch in. One thing that really stood out in my mind was the support that the volunteer attorneys received from the protestors on-site at LAX.  The protestors were incredibly kind and went out of their way to provide the volunteer attorneys with water, food, and even laptop chargers. At one point, the protestors began chanting “Let the lawyers in!” which brought a smile to all our faces.

But for me, the first real indication of the impending chaos came on Saturday morning when I received word through an acquaintance that her relative had been detained in the Dallas/Fort Worth airport. As you recall, the Executive Order was signed on a Friday and went into effect on a Saturday (when government offices are generally closed), which had the effect of magnifying the chaos and disorder flowing out of implementation of the decision. This relative was elderly, spoke little English, and had a serious medical condition. The Executive Order had been signed after she boarded the plane from Iran, and as a result, when she landed in Dallas, she was detained and set to be deported back to Iran the next day. Thankfully, we were able to quickly mobilize Gibson Dunn attorneys out of our Dallas office to meet with her relatives, file a petition for writ of habeas corpus and emergency TRO, and ultimately obtain her successful release from detention.

What was it like working on the ground in Texas in the midst of the Family Separation Crisis?

Abi: I arrived in Texas about a week or two after the Family Separation Policy story had broken in the media. From the moment we arrived, it was clear that there was a desperate need for attorneys. Many of the immigrant parents we spoke to had not spoken to their children in over a week, had no idea where they were, and had no idea why they were taken from them.

Overall, I was in South Texas for about two weeks, working with about 10 different parents who had been separated from their children. Every day new issues would arise. Sometimes the problems were purely legal in nature, and taking the time to research and identify an obscure U.S. code provision would be the silver bullet. In other situations, the problems were legal but also required creativity and tenacity to resolve the issue. I constantly think back to those two weeks, about the work we did, the work that is still left to do, and the need for people to get involved. The experience was something I will carry with me for the rest of my life, and the skills I honed have enhanced my own litigation practice.

Negin:  I had the opportunity a few years ago to work on an affirmative asylum matter for a musician who had fled his home country for fear of his life. He was a member of a well-known rock band, and the government of his home country viewed their music as a threat to its religious and political precepts. After threats against himself and his family continued to escalate, the musician fled to the U.S. and was ultimately referred to Gibson Dunn for pro bono assistance.  As a corporate lawyer, I had never worked on an immigration matter before; however, we were able to leverage the incredible support and resources at Gibson Dunn to help ensure that we were giving our client the absolute best representation possible. The matter was a true labor of love for the entire team, and we were elated when asylum was successfully obtained (on Christmas Eve, no less!). To this day, it is incredibly gratifying to know that our work played a part in enabling this person to continue pursuing his dream of creating music without fear of censorship or government retaliation.

Why do you engage in pro bono work?

Abi:  As a Mexican-American who grew up close to the border, with family along both sides, I have always been mindful of helping those who did not have the same advantages I had growing up. My dad is a doctor in a densely Hispanic populated area in Texas and has always taught me to give back to the community you work and live in. My mother has always stressed the importance of family and community, volunteering with her prayer group.

Pro bono provides me with the chance to help others in my community, to connect with them,, and, ultimately, to provide a positive impact on those who may be struggling. One of the most important wins I have had in my legal career was obtaining asylum for a child, after he was harassed and threatened by MS-13 members. Pro bono work allows me to be a part of these amazing people’s lives. Watching these children grow up, joking around with them and learning about their favorite subjects in school, and, ultimately, helping provide them with the opportunity for a better life is an experience that cannot be matched. 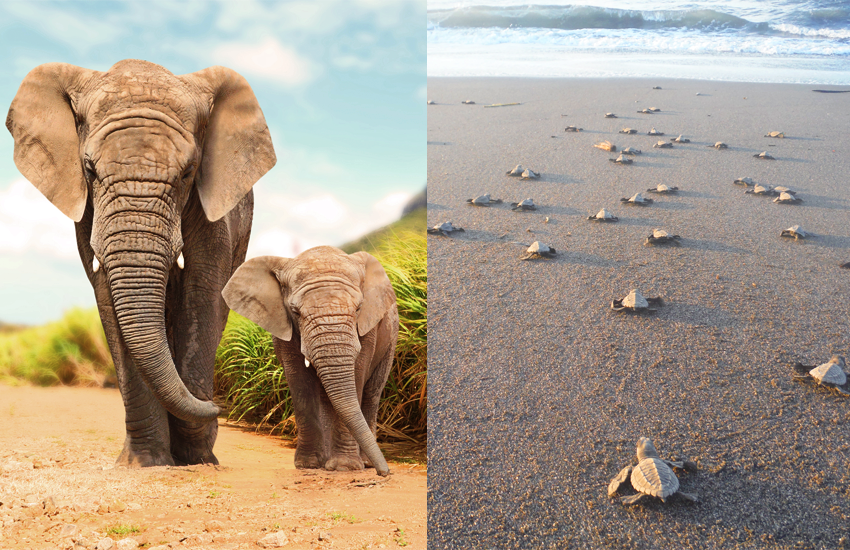 Law Firm Economics: Why Does It Matter to You? 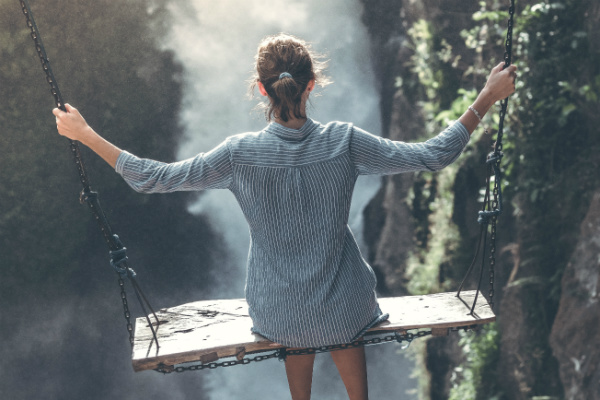 Key Steps Toward Self Compassion for Lawyers & Law Students 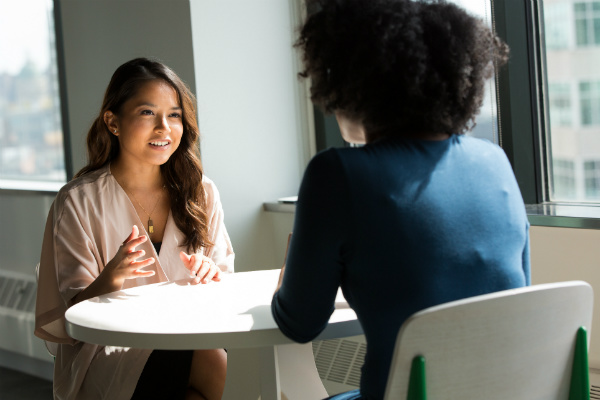 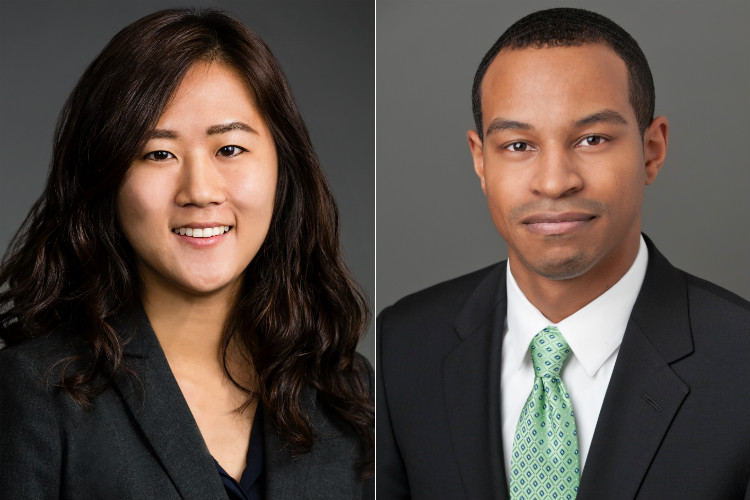