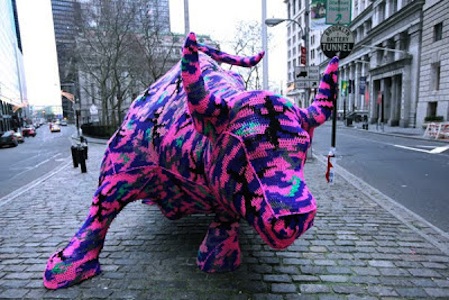 It's official: Wall Street’s back. That is, the banking industry is just about back to where it was before the financial crisis of 2008 with respect to both profits and staffing. And so, depending on where you stand, the Return of Wall Street is either a sugary sequel to a superhero blockbuster, or a gory sequel to a frightening slasher flick.

Masters of the Universe

Chances are if you’re about to embark on a career in finance, or are a seasoned securities professional, or are an Upper East Side Wall Street wife, you’re giving Wall Street’s return a big thumbs up, perhaps in part because compensation on the Street is up. Way up.

Wall Street banks, most of which have posted a string of very good quarters thanks to some monstrous M&A deals, recently increased starting salaries for new employees by 20 percent, from $70,000 to $85,000. In fact, those who work in finance across all levels are now on average much better off than they’ve been in years.

Wall Street has largely returned to a state more reminiscent of the go-go 2000s than of the middle decades of the 20th century. Average pay per full-time worker in the securities industry averaged 2.2 times that of the average American worker for the 70 years ended in 1999 and peaked at 4.2 in 2007. It has rebounded to 3.6 times as high in 2013, and looks likely to have risen further since then.

Subsets of Wall Street firms that have benefited since the crisis include the so-called boutique advisory firms and the regional banks. The biggest investment banks (often called the bulge bracket banks), which were largely—and rightly—blamed for the financial crisis, took huge reputational hits in the wake of the crisis, leaving room for smaller firms to gain ground in profits as well as personnel.

“Candidates are open to thinking about less conventional paths,” Timothy Holt, a partner at the executive recruiter Heidrick & Struggles, said. “There used to be such an emphasis on the large, bulge bracket banks, but the crisis has served to diversify options,” including hiring in boutique investment banks, regional banks and foreign banks looking for a foothold in the United States.

Still, this return to pre-crisis glory doesn’t mean that Wall Street banks both big and small have nothing to fear. They are afraid, just not as afraid of each other as they are of firms outside their industry—that is, of those in technology.

In the battle for talent, Wall Street also faces more competition from the technology industry for smart young people. But major banks are hardly giving up. They are moving their recruiting cycles earlier, said Barbara Hewitt, senior associate director of career services at the University of Pennsylvania, where she works with undergraduates in the Wharton School. Internship offers to college juniors that once went out in the spring are now going out before Christmas. And the banks are intensifying efforts to get access to students early in their college careers, such as through casual coffees, to get their name and message out to potential future hires.

Another thing banks are doing in the battle for young talent, as mentioned above, is raising salaries for new graduates.

Chances are if you don’t work in finance, and don’t have plans to any time soon, and are still pretty not okay with what went down in 2008 on the Street, you probably aren’t going to be giving very high ratings to Wall Street’s return. And there seems to be empirical evidence to back up your review.

A dominant financial sector may actually crimp economic growth and living standards for most people. It can drain talented workers from the rest of the economy and create damaging boom-and-bust cycles. A large financial sector creates lots of new vehicles through which consumers and businesses can take on debt, and the rise of debt levels creates vulnerability in which small shocks to the economy can translate into huge swings. The central job of banks, investment firms and the like is to funnel capital toward its most productive uses, and there is scant evidence that the sector did that job better when it was a bigger share of the economy, as in the 1990s and 2000s, than in the preceding decades.

Further, there are some industry observers, including a professor at a prominent business school, who believe that “when pay on Wall Street is so high relative to the rest of the economy, you’re creating incentives for people to go into that industry that may not be the best for society over all.”

In any case, irrespective of which side of the divide you’re on, be prepared to hear a lot more about Wall Street’s return in the near future. Income inequality, the capital gains tax, the causes of the financial crisis, the economy’s resurgence, and financial regulation will all surely be hotly debated topics in the run-up to Election ‘16.

Q&A With a Working Mother on Wall Street 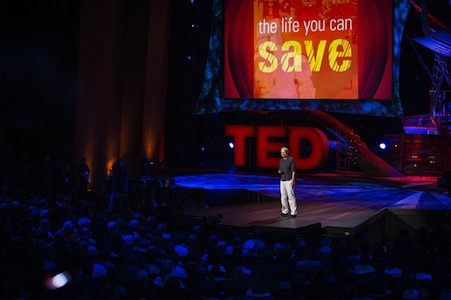