Should You Wait For Your Bonus Before Quitting?

"Harry" is employed, but is unhappy with his job. And while Harry wants a new job, he is adamant that the job search be held off until the New Year. Why? The answer is simple - Harry gets a year-end bonus and does not want to lose out on the money.

"I worked hard all year for this," he said. "It's what I am entitled to and I won't get the bonus if I leave now, so I might as well wait it out."

That's not how Harry always felt. In fact, earlier in the year, he had been sending out his resume and reaching out to his network of friends in hopes of securing a new job. After some promising interviews, Harry soon learned that he had been passed over in favor of other candidates. Realizing the time of year, Harry felt it made no sense to continue his search when hard-earned money was on the way into his pocket – all he had to do was grin and bear it just a little longer. If Harry gets his bonus check and leaves his job shortly thereafter, is he being unethical?

Earlier this year, BNET ran a different piece focusing on "Larry" who left because of his bonus, as it was left on his chair by a manager. The lack of a personal connection – a positive feedback – led Larry to quit. BNET never mentioned whether Larry left the bonus behind, but should he have? It depends on your view of a bonus.

What is a Bonus?

Companies offer bonuses as an incentive for employees to go above and beyond what their salaries call for them to do on a daily basis. Year-end bonuses are also provided as encouragement to meet specific goals agreed upon between both the employer and employee at the start of the year. Some companies provide a year-end bonus regardless of an employee's accomplishments for the year as a way to thank them for their loyalty and encourage them to stay with the company. Recently, Google provided pay raises and bonuses to thank their employees and keep them from accepting jobs at Facebook. In truth, bonuses are also considered an expense of doing business and are, in most cases, a tax benefit to the employer.

Are You Entitled to a Bonus?

If the bonus is merit-based and the employee works hard all year, he or she may feel that they deserve the bonus, even if they leave. But most companies require that you be employed throughout the bonus period and remain a current employee at the time of the actual payout. So, even if you are entitled to a bonus, you more than likely will not get it if you leave your company on December 15 and bonuses are paid out on January 2. Fearing that they will give up the money they worked so hard to obtain, these employees, like "Harry" hold out until the bonuses are given out before they even give leaving their full consideration.

Even in an economy that is starting to improve, burning a bridge could still hurt your career. For that reason, leaving right after obtaining a bonus may not be the wisest decision to make: you never know when you might need a recommendation from those same co-workers and managers you're thinking about burning. At the very least, no matter how unhappy someone is with their current state of employment, an employee should not quit blindly after receiving their bonus with no other source of employment to serve as a fall-back option.

If you are determined to leave, start the job search after the bonus is paid. If someone bites, make sure to leave in a professional matter: giving at least two weeks' notice, and take the time to thank anyone who played a part in making you a better employee.

What do you think? What is the right way to handle your year-end bonus if you're thinking about leaving the company? Leave a comment below and share your own stories.

BNET: Thanks for the Bonus -- I Quit!

6 Financial Moves to Make When You Get Your First Job 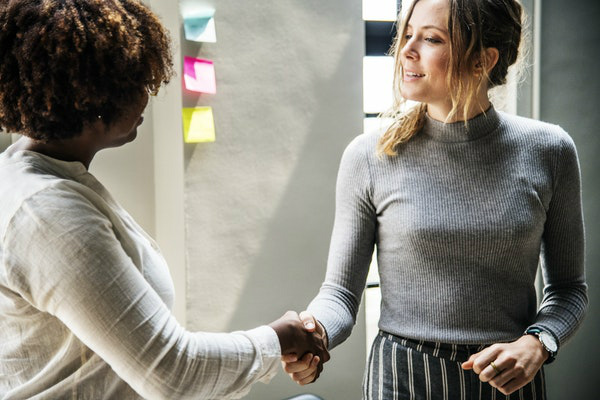 How to Talk About Desired Salary
Filed Under: Salary & Benefits|Workplace Issues

4 Tips for Discussing Your Mental Health with Your Boss