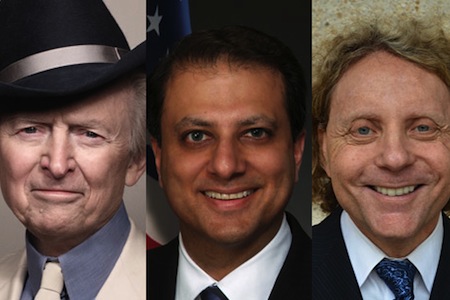 Remember a few years back when it seemed like everyone and their mother's hedge fund manager were being busted for insider trading? Well, it turns out that what those folks were doing wasn't insider trading at all. Or, rather, it was, but back then it was illegal to trade on inside information, and now it's legal. That is, sort of legal, as long as you don't know it's insider trading and/or you don't take money for handing over an inside tip.

Yes, it's all very confusing. But one thing is not so confusing. If you're a senior hedge fund manager, you're pretty excited about the latest legal developments with respect to insider trading. Here's how a recent New Yorker piece entitled Making Insider Trading Legal begins:

Do you run a hedge fund? If so, I have exciting news. The prominent campaign by Preet Bharara, the United States Attorney in Manhattan, to crack down on insider trading in the three-trillion-dollar hedge-fund industry has just ground to an inglorious halt. Late last week, it was quietly announced that prosecutors would drop all charges against one of Bharara’s highest-profile targets, Michael Steinberg, who worked at the fourteen-billion-dollar hedge fund S.A.C. Capital Advisors.

As for why it ground to a halt, according to a Second Circuit court of appeals in New York, this is more or less the new unwritten law of the land when it comes to insider trading:

[I]t is not enough to prove that someone traded on a tip that she should have known constituted material nonpublic information; instead, prosecutors need to prove that she was affirmatively aware of the dodgy provenance of the tip. The court also held that prosecutors must demonstrate that the original tipper was somehow compensated for offering the tip.

In other words, if you're the inside info tip giver, as long as you don't get paid for passing along said tip, everyone is in the clear with respect to insider trading. Also, it means that if you're the inside tip receiver, as long as you don't know the tip you receive is an inside/illegal one, then all are in the clear as well.

In any case, here's a "perverse" outcome about the new ruling on insider trading:

One encouraging byproduct of Bharara’s efforts is that many firms, including S.A.C. (which was rechristened last year as Point72 Asset Management, a “family office” that can only invest [Steven] Cohen’s personal fortune and the money of some of its employees), have beefed up their compliance departments. But, in a textbook instance of perverse incentives, the ruling by the Second Circuit will discourage due diligence, because the less management knows about the sourcing employed by analysts and traders to generate investment ideas, the fewer people will face legal exposure. It’s not that it will be impossible to bring insider-trading cases from now on; it’s that, at a hedge fund, all of the legal liability will now rest with the analysts and traders on the front lines of information gathering—with the initial knowing recipients of a tip. (Incidentally, if you’re a junior portfolio manager, this might be a good time to ask your boss for a raise.)

As for what Bharara thinks of all this, it appears that he is not sulking but "moving on." Last night, in a speaking event in New York, in which he appeared alongside The Bonfire of the Vanities author Tom Wolfe, Bharara had several things to say on the subject.

“If Congress tomorrow adopted The Wall Street Journal editorial page’s view that insider trading is awesome—which appears to be their view — then we wouldn’t prosecute those cases,” Bharara said.

He said the “vast majority” of insider trading cases prosecuted by his office are still legally intact, and are expected to remain so.

He said his office has "move[d] on" from the Second Circuit decision.

“The law sometimes changes and throws you a fastball, and you adapt, and you’re not bitter about it. You say your piece about it, you exhaust your appellate options and you continue to bring cases you think are appropriate to bring,” he said.

Incidentally, Bharara's comments were made after a screening of Brian De Palma's 1990 film adaptation of Wolfe's book—a movie which was received by critics about as well as Bharara must have initially received the ruling from the Second Circuit court of appeals.

Read More:
9 Interview Questions Hedge Funds Ask (and How to Answer Them)
What Hedge Fund Managers Really Do All Day
The Werewolf of Wall Street 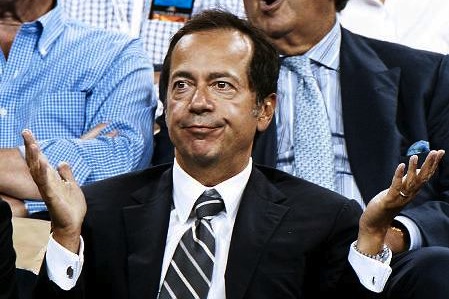 What Hedge Fund Managers Really Do All Day 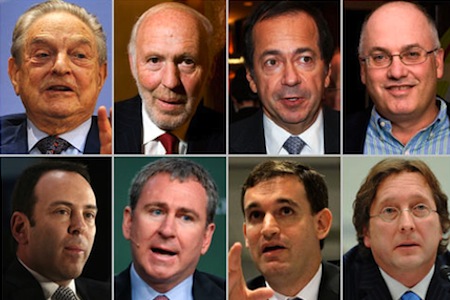 9 Interview Questions Hedge Funds Ask (and How to Answer Them) 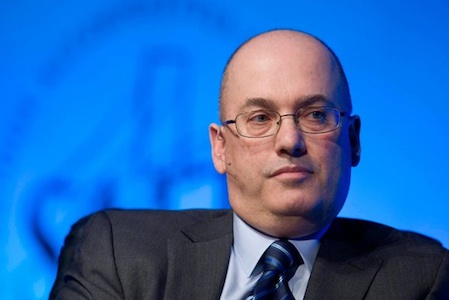