Can Companies Save Money By Paying Their Employees More Money? 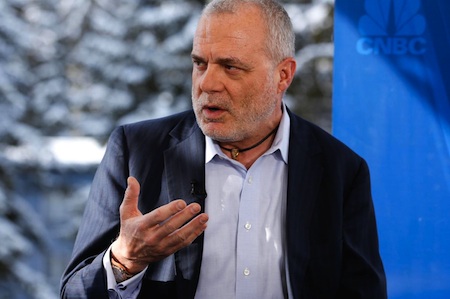 Have you ever wondered why Trader Joe's employees are always so cheerful and helpful? If so, here's New Yorker financial columnist James Surowiecki with the answer:

A substantial body of research suggests that it can make sense to pay above-market wages—economists call them "efficiency wages." If you pay people better, they are more likely to stay, which saves money. Better-paid employees tend to work harder, too … As the authors of a just published study of pay and performance in a hotel chain wrote, "Increases in wages do, in fact, pay for themselves." Zeynep Ton, a business-school professor at M.I.T., shows in her recent book, “The Good Jobs Strategy,” that one of the reasons retailers like Trader Joe’s and Costco have flourished is that, instead of relentlessly cost-cutting, they pay their employees relatively well, invest heavily in training them, and design their operations to encourage employee initiative. Their upfront labor costs may be higher, but, as Ton told me, "these companies end up with motivated, capable workers, better service, and increased sales."

In his latest column, Surowiecki also cites Aetna CEO Mark Bertolini's recent announcement that he was increasing the wages of the firm's lowest paid employees by 33 percent. Bertolini—who "doesn't buy the idea that paying people well means sacrificing short-term earnings" and who presides over a company whose job turnover costs are $120 million a year—also gave his highest paid employees a gift.

Bertolini said that it was not "fair" for employees of a Fortune 50 company to be struggling to make ends meet. He explicitly linked the decision to the broader debate about inequality, mentioning that he had given copies of Thomas Piketty’s "Capital in the Twenty-first Century" to all his top executives. "Companies are not just money-making machines," he told me last week. "For the good of the social order, these are the kinds of investments we should be willing to make."

After I read Surowiecki's column, in addition to being glad that I finally understood the secret to Trader Joe's employees' apparent joy and happiness, I thought about one particular bank on Wall Street that pays its employees well above market and whose employees seem to be among the happiest on the Street, not to mention some of the hardest working and most productive.

For the past six years, in Vault's annual Banking Survey, the same firm has ranked No. 1 when it comes to compensation satisfaction: Centerview Partners. Also, in our most recent survey, Centerview ranked among the top four banks in promotion policies, formal training, informal training, work/life balance, culture, relationships with supervisors, and overall job satisfaction, among other quality of life categories.

Although there's not a clear link between Centerview's treatment of and investment in its employees, it's pretty remarkable what this red-hot firm has done in such a short time.

Less than 10 years old and with only 200 employees, Centerview ranked No. 12 in global announced M&A advisory deal volume last year and No. 9 in U.S. announced M&A volume. The firm has worked on numerous multibillion-dollar deals in recent years, and this past summer, in a Wall Street Journal story about the rise of small M&A advisory shops, Centerview was pointed out as having the "hottest hand" among the investment banking boutiques and for recently advising on a higher volume of M&A deals than several other Wall Street firms "with storied histories."

In any case, treating employees well in hopes that their happiness and satisfaction will help boost the bottom line is nothing new. This Business 101 theory has been around for at least a century.

The most famous example in business history is Henry Ford’s decision, in 1914, to start paying his workers the then handsome sum of five dollars a day. Working on the Model T assembly line was an unpleasant job. Workers had been quitting in huge numbers or simply not showing up for work. Once Ford started paying better, job turnover and absenteeism plummeted, and productivity and profits rose.

Read More:
A Fair Day's Wage (New Yorker)
Do Ivy League Grads Have More Fun on Wall Street?
Have Wall Street’s Gay and Female Diversity Policies Gone Too Far or Not Far Enough?
Goldman Sachs’ ‘Protected Saturday’ Policy Might Be Working After All

Do Ivy League Grads Have More Fun on Wall Street?

Have Wall Street’s Gay and Female Diversity Policies Gone Too Far or Not Far Enough?