What Makes a Great Internship Program? 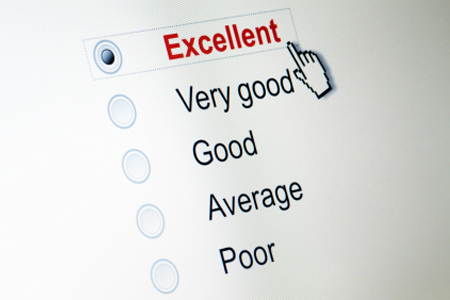 With the launch of our 2015 internship rankings around the corner, I have been thinking about some of the factors that go into making a top program—both from the intern's perspective, and from the firm's side. After all: there has to be a reason that firms choose to commit time and resources to creating these programs, right?

Earlier this year, I was invited to attend Northwestern Mutual's annual conference in its home city of Milwaukee, WI, to get a feel for the firm and its approach to creating an internship that consistently emerges as one of the top programs in our annual rankings. Over the two days that I was hosted by the firm, I attended a number of events, from company-wide meetings to intern-specific events and even a lunch with some of the key members of the firm's internship team. Along the way, I learned a lot about the firm, and some of the things that really make its internships stand out from the crowd. Here are five key takeaways from that visit:

Before we get into any of the specifics of the program, the major point that sets Northwestern Mutual's internship program apart from so many others is that it is built into the core of the company's DNA. Far from being a place where internships are viewed as a means to grabbing a little extra labor during a busy period, it quickly became apparent during my visit that the firm is committed to ensuring that its interns are equipped to succeed, both during their time as interns and beyond—with a strong preference that the "beyond" portion of a successful intern's career is spent with the firm.

As Michael Van Grinsven, Director of Field Recruitment at Northwestern Mutual, pointed out, the most successful advisors at the firm tend to have gone through the internship program. As a result, the firm sees the program as a key talent pipeline and is keen to increase its reach, as well as the ratio of overall hires from the program (currently around 80 percent of full-time hires at the firm are 'career-changers'—people who did not intern at Northwestern Mutual).

During my time at the annual meeting, I had the opportunity to talk to lots of interns—both current students and full-time advisors who had been hired out of the program—about their experiences. Whenever I asked about the things that set the program apart, some variation of the following always came back: there is effectively no difference between the internship and the job that full-time advisors do. Interns are expected to build their own book of business, to manage relationships, and to make sales. As such, the responsibilities and experience on offer are tangible—as are the rewards. Speaking of which…

Everywhere I turned at the annual meeting, there were events honoring top performers at all levels of the company, and interns were no exception. While there were several lunches and other events for interns, by far the most impressive event was the firm's College Awards Celebration (pictured above). As skeptical as I was of some of the pre-event descriptions of the awards as the "like the Oscars," it went a long way towards living up to that billing: held in the Milwaukee Theater, the event featured everything from a red carpet to a TV camera and host to interview attendees. And that was just the scene outside the theater. Inside, interns were seated in groups with other members of their college campus teams, and encouraged to demonstrate school spirit throughout the awards ceremony—a setup that made for a raucous atmosphere, and that felt like a genuine celebration every time an intern was called onto stage to receive an award. On some levels a surreal experience, it was also apparent how effective it is as a motivational tool—first-time attendees (me included) were clearly impressed by the scale and energy of the event, while many of those receiving awards on stage cited their previous attendance as a key motivational factor. "I knew that I wanted to be up there next year, and that if I worked hard, I could be," was how one award winner put it.

Northwestern Mutual's approach to motivation stretches far beyond its annual meeting, however. Indeed, the awards shows and recognition are merely the culmination of all of the work that goes into creating and managing the intern programs, area by area, school by school, across the country. Each intern at the firm has access to training materials and full-time advisors who are available to provide guidance and support throughout their entire experience. To witness that commitment to bringing through future talent, I was invited to attend an intern appreciation luncheon, where a senior advisor—each of whom had started as an intern themselves—joined each table of interns to answer questions, give advice, and provide encouragement for the coming year. In many cases, those senior representatives passed out business cards and contact details, and encouraged interns to get in touch throughout the year—even though, in most cases, the advisors worked in different markets and geographical areas.

Of course, something on the scale of Northwestern Mutual's internship program could not exist without serious leadership buy-in, and constant fine-tuning. In the midst of all the celebrations, one of the most interesting events I had the opportunity to attend was a luncheon with leaders of the firm's internship program. More of a working lunch than any of the other events that I attended, the team shared ideas on everything from the training curriculum to ways to help more of their interns achieve success during their internship and make the transition into full-time careers with the firm. For as strong of a program as the company obviously has, that focus on the future and on continuing to build on those successes, is a major reason that the firm's interns rate the firm so highly year after year. 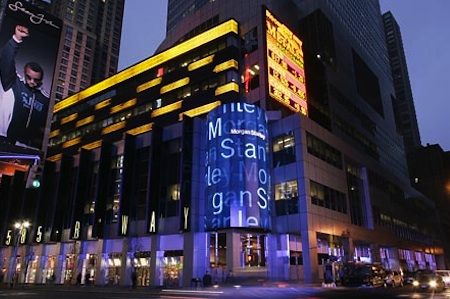 Want to Work for Google or Microsoft? This New Social Media Tool Can Help 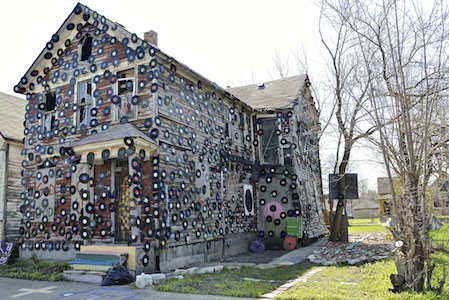 Can the Guy Who Lured LeBron Back to Cleveland Convince You to Live and Work in Detroit?
Filed Under: Consulting|Education|General Articles|Grad School|Internships|Interviewing|Job Search|MBA|Networking Tags: Internships|Northwestern Mutual