How to Break into the TV Industry 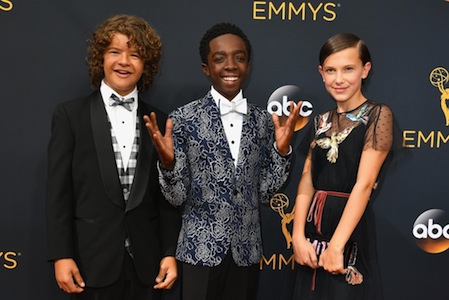 Many TV critics are calling the current state of television "the golden age" or "peak TV." And for good reason. There are now more than 400 scripted series on television, double the number there were in 2009. And given the rise in the number of shows produced and the increasing number of people consuming them, not to mention the sharp rise in content quality, there has never been a better time to join the industry. Currently, there are significant number of opportunities available in a variety of areas, from production, writing, and acting to graphic design, technology, and marketing. And TV is now considered to be not just a lucrative industry in which to work but also a very prestigious one.

As for how to break into TV, the most effective way to find work is to take a multi-pronged approach. Pursue many, and different, avenues to increase the odds of landing a job. Television (and media and entertainment) professionals in all fields use various techniques and resources to hunt for work. Any and all of these approaches are recommended: applying directly to companies, scheduling informational interviews, meeting with employment agencies, using general as well as industry-specific employment web sites, and seeking job-search assistance through college career centers and professional associations.

Common routes to employment include internships, volunteering, and temporary employment. Many major television networks offer internship programs for college students, and many also have internships and volunteer opportunities for jobseekers who are out of school.

In television (as well as film), internship opportunities are in a variety of fields, including writing, directing, programming, and development. A good place to start the job hunt is by regularly searching the job boards of corporate media and entertainment companies’ web sites. For instance, Disney's careers site gives a wealth of information about its businesses, career areas, and what it’s like to work at Disney, and also has sections that are specific to students and recent graduates. You can search for jobs by Disney’s company names, such as Pixar Animation Studios or Disney ABC Television Group, by industry, by job category and job type, and by using keywords, such as “internships.” Another place to look is Netflix's career site, where you can learn about life at Netflix (preview: it's very competitive and creative and not for the faint of heart) and all the fascinating job openings at arguably the leading TV-related company in operation today.

Other common ways to find work in television include searching job boards such as mediabistro and the National Association of Broadcaster’s Education Foundation’s Broadcast Career Link. Broadcast Career Link is particularly helpful because it offers numerous resources for jobseekers, such as career tips, resume writing help, and industry-related articles, blogs, and web sites.

Getting your foot in the door

If you don’t have prior work or internship experience, the best way to get your foot in the door is by taking an entry-level position. Many television professionals, for example, get their start as camera or sound assistants, or even as cable-pullers—the people whose main job is to follow roving television cameras and keep the cables neat and safe. Jobseekers who are interested in doing camerawork, editing, graphics, sound mixing, presenting, and other types of broadcast work usually create a demo reel to demonstrate their skills and experience to prospective employers.

Media College recommends three things regarding the demo reel: “make it relevant; make it short; and make it good.” Make sure the content in the reel relates to the job you’re applying for. It’s also a good idea to create several different reels to more specifically match the job requirements. By “short,” Media College suggests the demo reel be 30 seconds, the average length of most TV commercials. Having a reel of this length forces job candidates to highlight only what’s most essential, and it’s enough time to engage prospective employers. Be a harsh critic of your work—everything in your demo will be scrutinized and used as a reason to either call you for an interview or reject you and move on. If you don’t have enough material for the reel, volunteer on some projects to gather more content.

For technical direction and animation positions, Pixar recommends that demo reels be four minutes long, and for editorial positions, slightly longer. A four-minute version is a perfect length if you have a lot of great material. Pixar also recommends that you “don’t do a ‘collage’ of your work, with interleaved random clips from all your different work. No, no, no. We won’t be able to figure out what’s going on. DO give each piece the time it deserves, no more, no less, and just show it once. Keep it simple.” Put longer pieces onto DVDs, if that’s needed. Also, keep the music basic or have no music at all. Musical taste is personal, and what you like may not be what prospective employers like. Be sure to include a demo reel breakdown so that viewers know what you’ve done on the reel and the tools you used. Put the details on the frame before the sequence and in the demo reel breakdown for reference.

It’s also a good idea to include your contact information on the demo reel, and the job you’re applying for. The paperwork you submit to accompany the reel, such as your resume, cover letter, and application, may get separated from the reel, and you want to be sure prospective employers know how to reach you.

This post was adpated from the Vault Guide to Media and Entertainment. 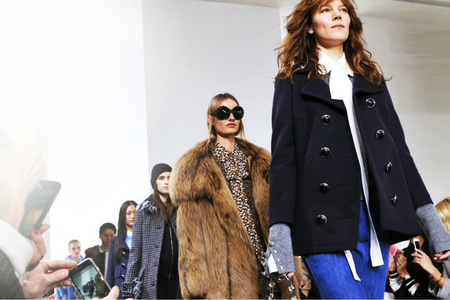 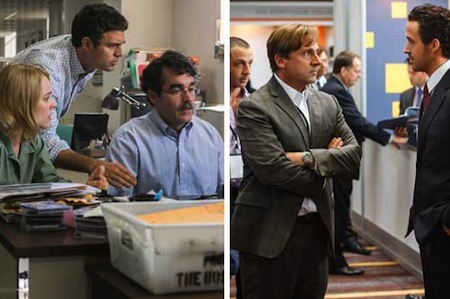