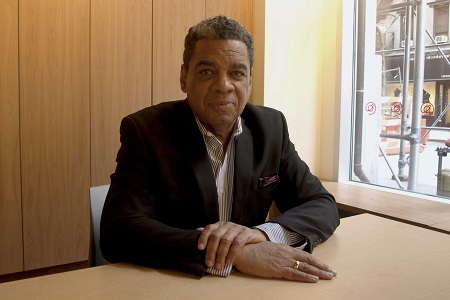 - Editing and Photography by Kristina Rudic

Both Baby Boomers and Millennials face interesting challenges in today's job market. Millennials face the stigma of being lazy, materialistic, entitled and resistant to the current work structure while Boomers have the knowledge and experience, but are also stigmatized as being behind with technology. So, how can they help each other?

We went with experience first, interviewing Boomers who were learning about new technology at The Senior Planet Exploration Center at 127 W 25th Street in New York City and asked them about their career history, their efforts to adapt to the changing expectation at work and the advice they have for millennials in today’s job market.

In our second installment (read our blog on Henry M. Soto), we interviewed Calvin Alexander Ramsey, a former insurance saleman, who realized his original dream and switched careers to become an author and playwright. He discussed the value of patience during a job search, how to transfer skills from one career to the next, how to take advantage of opportunities when they present themselves and how learning new technology at Senior Planet helped propel him forward in his new career. Read more below:

Growing up in North Carolina, Calvin Alexander Ramsey dreamt of becoming a writer. Yet, it took 51 years before Calvin could actually call himself an author.

“You’re never too old to live out your dream,” Calvin said confidently, knowing he is someone who did just that.

That’s the biggest piece of advice the New York City-transplant has—not just for today’s millennials, but for every generation—as the former insurance broker lives out his second life as a successful playwright.

After five decades of waiting, Calvin gained notoriety for The Green Book, a two-act play based on his extensive research and analysis regarding The Negro Motorist Green Book, a manual directing Black people to “safe” restaurants, hotels and gas stations during the Jim Crow era.

The play went on to gain recognition as a finalist in the 12th Annual Last Frontier Theater Conference held in Valdez, Alaska, where it was critiqued by prominent playwrights, actors and directors, including Edward Albee, Tony Kushner, Lloyd Richards, Courtney Vance, and Patricia Neal.

Quite a feat for a man who had been working in the insurance industry up until the tragic terrorist attacks of September 11, 2001. That moment in history made Calvin realize there was no time like the present to follow his passion, especially since a couple days before, Calvin had flown out of the same airport as one of the hijacked planes.

“I always had this burning desire to write, but I kept putting it off,” he said. “The timing was never right until 9/11, when I decided I couldn’t wait any longer.”

Calvin had attempted to follow his dream in the past and even almost sold a screenplay in his 20’s, but the deal did not materialize.  “I was thinking like a young person, looking for fame and fortune,” he said. “I wasn’t writing from my heart; I was following whatever trends were hot at the time that would help me make a quick dollar. My writing was silly; stuff that had been done – it wasn’t sustainable and I’m glad it didn’t work out.”

Looking back, Calvin points out that his attitude is something he sees in millennials today – a lack of patience when it comes to finding a new job and advancing their careers.

“I wanted to make a quick buck and that’s the attitude many kids have today when they get out of college,” he explained. “They are under a lot of pressure to leave college with a great job against so much competition out there.

"On top of that; when you’re young, you want things quickly,” he continued. “So, being patient is hard, but it’s the key to success.  When you’re not patient and you move too fast, you make bad decisions and you realize getting a particular job may not be the best thing for you.”

In regards to his career, Calvin believes that everything has worked out for the best. He assures millennials that even though they don’t get things they want right away, if they work hard achieving their goals is a real possibility. However, he urges millennials to put a closer lens to work stability—and what that could mean for them in the long term. Calvin urges millennials to grow and gain more responsibility at work in order to advance to a place where they can pursue their dreams with the humility and maturity they need to succeed.

For Calvin, that meant choosing a career in the insurance industry. “When you make a commitment to a job, you really have to like it,” he warns. “I liked the industry—I was helping people plan their security.”

And, in a way, he was creating a narrative, interviewing people to learn about their health and collecting financial data to develop a plan for the customer’s future. If Calvin wasn’t going to be the author he imagined he would be, he set out to become the best insurance broker.

“When working with people, you should always listen to the client’s needs,” he said. “Sure, in insurance, you can probably sell an insurance package that has a bigger commission, but it may not be the best thing for the client. Taking that attitude will only get you so far. You may get that bigger commission, but you may lose the trust of your customer. By looking out for their needs, rather than your own, you may end up getting four or five more referrals.”

Calvin chose to build a trust with his clients and was successful in his field as a result, but on that fateful day of September 11, 2001, a change became necessary.

Calvin notes that when making a career change, it’s important to use transferable skills. For him, it was the art of the sale. Before The Green Book, Calvin had written a children’s book that he was hoping to get published.

“When I was shopping around the book, I was still selling myself and my work and being that I worked in the insurance industry, I was used to rejection.”

When it comes to rejection, Calvin urges his younger counterparts to “stop looking at rejection as a negative and measure how far you’re moving ahead. Some people are so close and then walk away at the wrong moment because they couldn’t get past the rejection.”

Undeterred by the word “no,” Calvin contacted a literary agent who did not take unsolicited material. By the end of the conversation, he received her blessing to send his manuscript to her anyway.

“I wasn’t pushy,” he said. “I heard her out and, in talking, she noted that she was leaving to start her own firm.”

So in 2001, at the age of 51, Calvin became a full-fledged writer and has never looked back, having written twelve plays and two children’s books. He’s had his plays performed in Atlanta, Washington DC, San Francisco, and Yale University. Moving to New York at the age of 65, Calvin is setting the ground work for bigger success to come, which was helped along by a chance meeting with Brandon Stanton, the creator of the acclaimed “Humans of New York” photo series.

“I was sitting in Bryant Park, waiting for the Library to open so I could return a book, when this man comes up to me and asks if he could take my photo,” Calvin recalls. “We got to talking. We’re both authors and he told me he had quite a following. He asked me if I had a Facebook fan page and I didn’t, but he said that if I could put one together, he’d post his interview with me and link to my fan page. I didn’t know a lot about technology, but I knew I needed to do something. And that brought me to Senior Planet.”

Calvin, who continues to learn at Senior Planet Exploration Center, credits its staff with helping him develop a Facebook fan page and quickly gain an online following. True to his word, Brandon posted the interview and within a week, Calvin’s interview had more than 500,000 likes on Humans of New York and Calvin, himself, had 45,000 likes on his own page.

Since then, Calvin has remained busy with his writing and offers one last bit of advice to those who work on projects. “When I write something, I think about it; I live with it and I sleep with it,” he said. “My name is on it—good or bad—so when you work on something, you have to take ownership of it.”

Following his own advice, Calvin looks back on his long road to success and the obstacles he encountered along the way. Some may have done things differently. However, Calvin has no regrets, grinning and stating that he “wouldn’t change a thing.”

For more information on Calvin Alexander Ramsey, check out his webpage at http://calvinalexanderramseysr.com/ as well as his Facebook page.

- Special Thanks to the Senior Planet Exploration Center 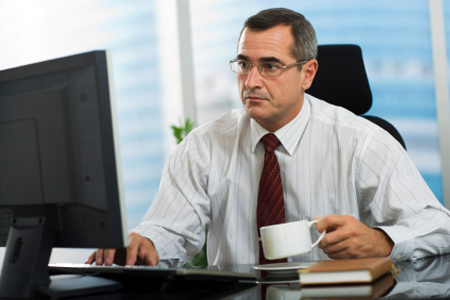 Tips for Older Workers and the Job Search 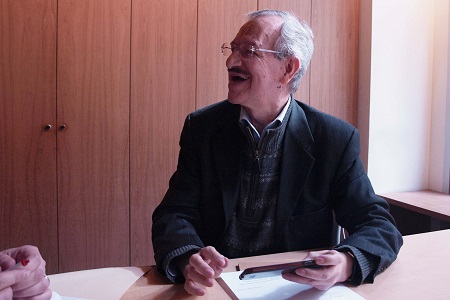